The fresh hell that is the Packers’ 2022 schedule continues with the Tennessee Titans headed into Green Bay for a Thursday night game that is mere days from a nail-biting victory against the Dallas Cowboys, led by McBuffet himself. While a satisfying victory, it came in overtime and was hard won.

Now the Pack must run the table once again for any hope of playoffs as the Vikings are having one hell of a season themselves and are sitting comfortably at the top of the NFC North.

In roster news, WR Amari Rodgers was dumped this week with the Texans claiming him off the waivers. Good luck and good riddance.

Also getting the boot was RB Kylin Hill — who was a seventh round pick in the 2021 NFL Draft. LaFleur was quoted by NBC on the matter:

Being a member of the Green Bay Packers, it’s a privilege. There are standards and expectations that are placed on every member of this team that we expect guys to live up to. I appreciate what Kylin’s been through, I know it hasn’t been easy coming back from that knee injury that he suffered a year ago, that was pretty devastating. He’s a guy we had high expectations for, and realize he’s in a loaded room, but regardless of your role big or small, we expect guys to come to work and be supportive and own that role to the best of your ability. If you don’t do that, that’s what happened. 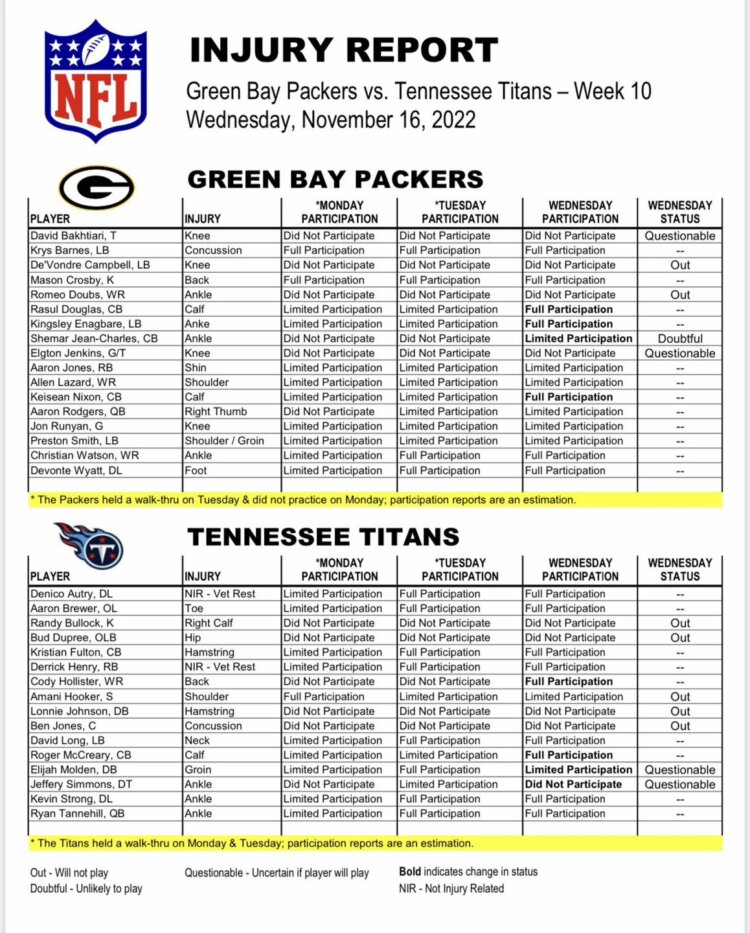