Snow isn’t likely until later in the game, but it’s gonna be a cold Christmas Day at Lambeau with the Packers hosting the Cleveland Browns. The Browns just played and lost to the Las Vegas Raiders less than a week ago. The Packers are still trying to lay claim on the number one playoff seed in the NFC. Wednesday’s practice was cancelled to help the Pack rest up for this quick turnaround game.

A win today will place coach Matt LaFleur in a tie with the record for the most wins by a coach in their first three seasons. In two career starts against Cleveland, Aaron Rodgers has a total of 506 yards, 6 TDs, and a passer rating of 135.

The Browns have activated QB Baker Mayfield to participate in today’s game. 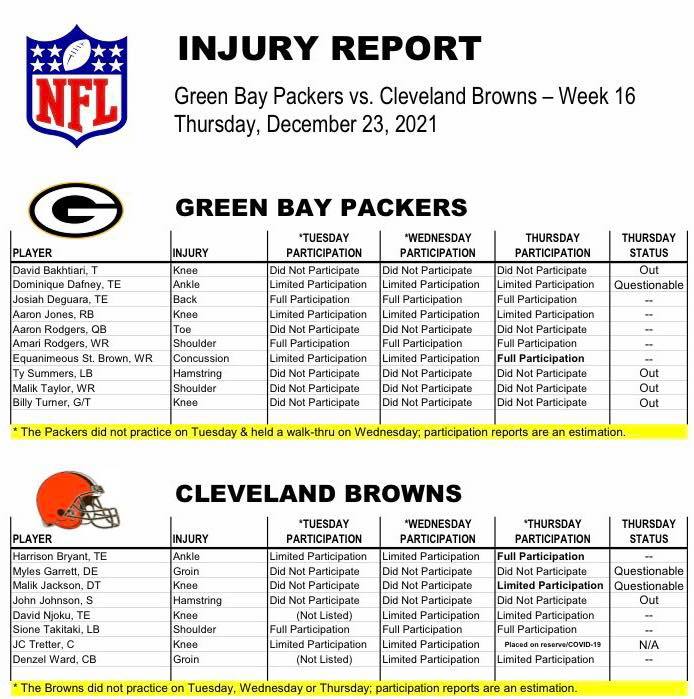 Merry Christmas and Happy Holidays and all that.