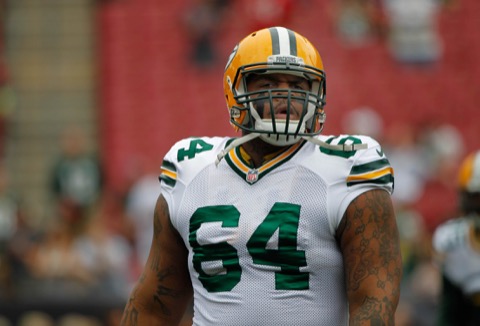 If you look around, there are plenty of people suggesting the Green Bay Packers are in dire need of help on the defensive line. They’ll tell you that’s why the Packers will end up using their first-round pick on a defensive lineman.

And in this case, there are a lot of assholes spouting opinions.

Would it be great if the Packers could add an impact player on the defensive line? Of course it would.

Do they absolutely have to have one?

Much of this idiocy began when B.J. Raji abruptly announced his retirement in March.

“Boy, now the Packers have a huge hole to fill on the defensive line!”

That became the refrain.

First, Raji hadn’t been good in years and unless 2016 has a wormhole to 2010, that wasn’t going to change. Second, and much more importantly is this — Raji wasn’t even on the roster when he retired.

He was a free agent. In reality, the Packers lost nothing since the guy wasn’t under contract to begin with.

In fact, if there was an event that suddenly put the Packers in the defensive line market, it wasn’t Raji’s retirement. It was Mike Pennel’s suspension.

Pennel, along with Mike Daniels and Letroy Guion, was penciled in as a defensive line starter when the offseason began. That looks like a pretty solid line to all of us.

Not only will the Packers need someone to fill in for Pennel for the first four games of the season, they now have to be thinking they can’t trust the guy. Players only get suspended for violating the substance abuse policy, as Pennel did, after a second positive test.

In other words, this guy is either and out-and-out moron or he’s got a problem. Either way, he obviously can’t be counted on.

The cupboard still isn’t bare though.

Josh Boyd missed the majority of 2015 with an ankle injury, but he started four games for the Packers in 2014. They also have 2015 sixth-round pick Christian Ringo, who spent last season on the practice squad. The Packers gave him a raise to stick around last November, so they obviously see potential.

What the Packers need here is depth.

Could the Packers choose a defensive lineman in the first round of the draft?

Of course they could.

In fact, we’d bet the house that the best player available among these positions — defensive line, inside linebacker, outside linebacker and tight end — ends up becoming the pick.

However, the Packers won’t be a failure in 2016 if they don’t get a defensive lineman in the first few rounds.

And if and when they do pick this position, it won’t be because B.J. Raji retired. It will be because Mike Pennel is an idiot.