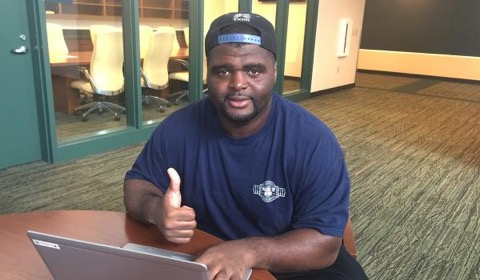 We haven’t thought much of B.J. Raji for a while.

That’s because he hasn’t been good in a while.

In fact, there was pretty much just the 2010 season, when Raji put up 39 tackles and 6.5 sacks. It was literally all down hill from there. Raji became less productive each season until the 2015 season, when he had a very slight renaissance.

Twenty-two tackles and half a sack.

Nothing to write home about, but listen, that half a sack represents the first time Raji brought a quarterback to the ground in four years.

There were moments when Raji showed up and stuffed someone during the 2015 season and we all thought, well, maybe B.J. Raji really did come to play this year. In reality, those plays were few and far between.

You’d get one of those and then wouldn’t see or hear from the guy for six games.

Now Raji is about to be a free agent and after two consecutive offseasons where he was forced to take a bargain-basement one-year contract, Raji wants to cash in.

So much so, it appears he — or someone — is inflating his stats.

In what could most aptly be described as a propaganda piece, the Journal Sentinel ran a story by Rob Reischel on Wednesday, which completely overstated Raji’s worth.

We can only assume Raji’s agent slid Reischel a hundy under the table while they were enjoying some entertainment over at the Oval Office one night.

In it, Reischel lays our Raji’s stat line as such: 38 tackles, seven tackles for loss, a half-sack and two passes defensed.

The last two items are correct.

The first two are way, way off. You know the actual number of tackles (22), so how about that tackles for loss number?

Of all the reputable stat purveyors out there, the highest TFL number we could find for Raji was three and we have a feeling that’s being generous.

In other words, someone is fudging the numbers on Raji.

Is it the Packers?

Sure, they keep their own stats and sometimes those stats don’t jive with what everyone else has, but they stand to gain no benefit by inflating Raji’s numbers.

Someone clearly gave the Journal-Sentinel a false bill of sale. The fact that that bill of sale made it into print is pretty sad, but that’s another story.

The bottom line here is, despite what the propaganda machine would have you believe, Raji brings nothing special to the Packers defense and it’s time they found an alternative.

In our worst case scenario, that alternative is named Mike Pennel or Letroy Guion.

Either would be an upgrade.