The Green Bay Packers and Your Local Football Field 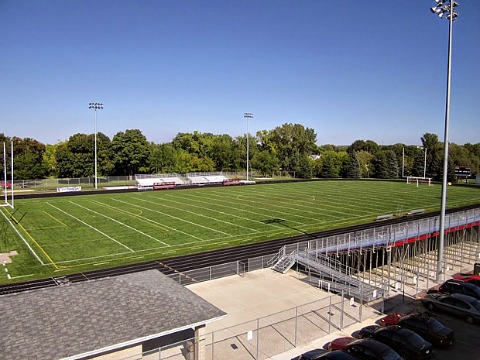 Something that flies under the radar is that if you have attended a high school football game in Green Bay in the last 20 years, then the odds are about even that the stands you were sitting in and the field the players competed on were financed by the Green Bay Packers.

The Packers don’t finance the construction or renovation of fields and stadiums directly, of course, but they contribute to the NFL Foundation Grassroots Program, who works in tandem with the Local Initiatives Support Corporation, a charitable organization, to fund football fields across the country.

The process is fairly simple. If your community falls within the market of one of the NFL teams and the applying organization is itself a non-profit, then you can apply to the NFL Foundation for a grant.

Through this process, fourteen football fields in the Packers’ market have been funded in the last 20 years.  The latest is a recent announcement that the La Crosse School District has been awarded a $200,000 grant to put a new synthetic turf football field at Logan High School’s Swanson Field Football Stadium.

Of course, neither the Green Bay Packers nor the NFL is known for giving away their money out of generosity. It makes sense for the Packers and the NFL to support football at the grassroots level. In doing so, they are merely making an investment in their own future.

The picture at top is of City Stadium at East High School, and you’ll notice that this field itself was funded through this program. One would think that considering the Packers played at City Stadium until 1957, they might have funded that one themselves. But, I suppose, why not get the NFL to chip in some dollars? The NFL owes a lot to that field.