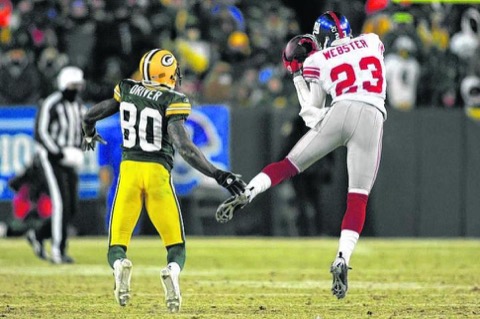 A fast start. Green Bay Packers coach Mike McCarthy was hammering on that all offseason.

Starts don’t get any faster than 4-0 and that’s where the Packers find themselves at the quarter mark of the 2015 season.

But what does a fast start get you? History tells us not a hell of a lot.

A pat on the back and some headlines are about all that’s guaranteed.

If you’re a student of history, you know only one of those seasons resulted in a Super Bowl victory — 1966.

In 1966, the Packers finished 12-2, beat Dallas in the NFL Championship and Kansas City in the NFL-AFL championship game.

The 1998 team finished 11-5, which was good for only second in the NFC Central. They lost 30-27 at San Francisco in the Wild Card round. Yes, that was the game where Terrell Owens won it at the end — something idiots from San Francisco refer to as “The Catch II.”

The 2007 Packers finished 13-3 and won the NFC North. That team lost to the New York Giants 23-20 in the NFC Championship game at Lambeau Field. Yes, that was the game where Brett Favre fired his last pass — an interception — as a Packer.

The 2011 Packers finished 15-1 and won the NFC North. That didn’t matter much though because the Giants came to town in the divisional round and beat the Packers 37-20, exposing their defense in the process.

Interestingly, in three of the four seasons with 4-0 starts, the Packers lost their fifth game. The exception, of course, was 2011.

The St. Louis Rams come to town this weekend.

Clay Matthews is Something Out of a Horror Movie

Clay Matthews is Something Out of a Horror Movie