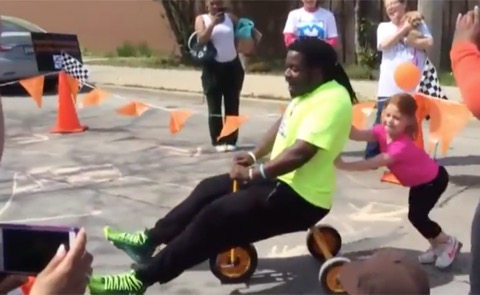 Yes, you better sit down for this one. It has been confirmed by someone who I am hoping is paid to confirm such things that the Packers are once again the youngest team in the NFL.

In fact, according to this same source, out of the full 90 man offseason roster, the Packers have 65 guys who are 25 or younger. Hahaha… 65 out of 90.

The message is pretty clear. It is a young man’s game. At least, in Green Bay it is. If you are pushing 30 or beyond and you’re still around, then there better be a pretty damn good reason for it.

Good news for the older guys is that the Packers have the equivalent of a Champion’s Tour when the playing days in Green Bay are over- at the age of 28. It’s called the Minnesota Vikings. You can always call them… or barber college.

These Packers Expected to “Make the Leap”

These Packers Expected to "Make the Leap"