The Tailgate Tour Does Good 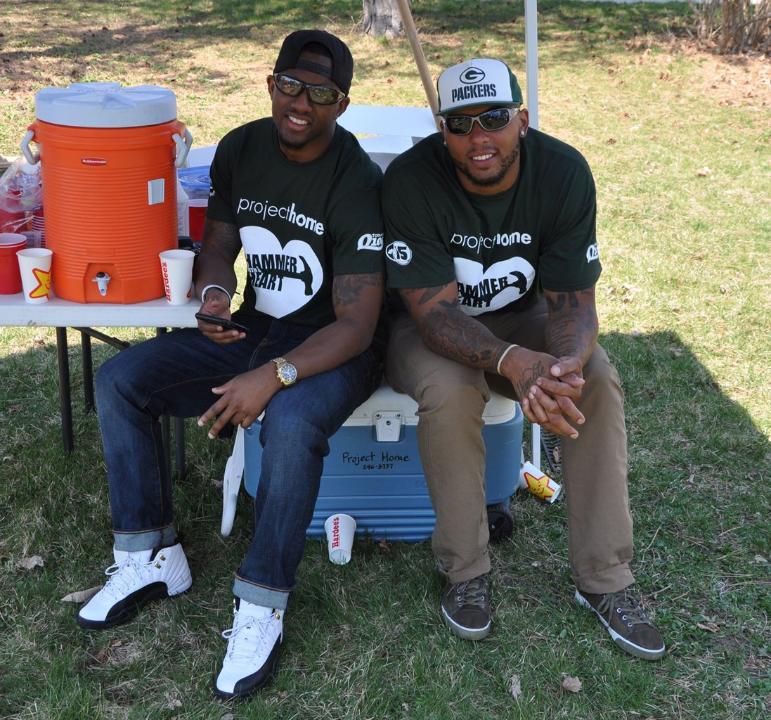 The Packers 10th annual Tailgate Tour finished up in Sheboygan last night and the green and gold bus is long-since back to 1265 Lombardi by now.

Considering the alacrity with which negative news is reported when it comes to pro athletes and celebrities of any stature, I think we have a responsibility to talk about some of the good things the Packers organization and these individual players who donated their time and effort did while on their statewide tour.

As mentioned in my first article about the tour, the Packers visited several schools during their tour. At the high school in Durand, they spoke to students about the harm caused by bullying, and at a surprise stop at Riverdale High School they brought a message of how hard work and dedication pays off.

In fact, the students at Riverdale were actually outside for a fire drill when the Packers’ bus pulled up. Imagine how cool that would be.

The Packers also participated in several charitable functions. On Friday, the Packers stopped in Sun Prairie, an actual good town in Wisconsin, and helped a lady renovate her home as part of Project Home. The renovation included the partial demolition and rebuild of a structure on the property, and the current Packers seemed to enjoy themselves with the demolition. After all, who doesn’t enjoy destruction with a sledgehammer?

Andrew Quarless was the obvious star with the hammer causing Micah Hyde to say that it was good to see Quarless using the strength he doesn’t use on the field. Quarless cracked on Casey Hayward’s work by calling him a prima donna, but Hayward acquitted himself well by explaining that he was the “speed” of the team and not the strength.

On Saturday, the Packers visited the Children’s Hospital of Wisconsin in Milwaukee and spent some quality time with the kids there before swinging back north to Sheboygan to attend another event for the Make-a-Wish Foundation. The Packers have close ties to the organization as they try to fulfill a Wish for a child at every Packer home game.

I remember visiting the hospital after my kids were born, and across the hall from the elevator going up to the doctor’s office was the Pediatric Cancer Center. While waiting for the elevator, the wife and I would see parents come down the hall, holding their kid’s hand while holding a bag or a stuffed animal in the other. Instead of taking a right to wait for the elevator with us, they would take the dreaded left turn and go into the cancer center. I would think how I would rather have ISIS march me into a room with a camera than go through that door.

So props to all the Packers who take the time to try to put a smile on these kids’ faces and their parents. Especially props to the Packers who attended this year’s tour- Jerry Kramer, Dave Robinson, Gilbert Brown, Antonio Freeman, Bill Schroeder, Casey Hayward, Micah Hyde and Andrew Quarless. Good work, guys.

Wearing the green and gold is not just about what you do on the field, and the fans of Packer Nation want you to know we appreciate it.