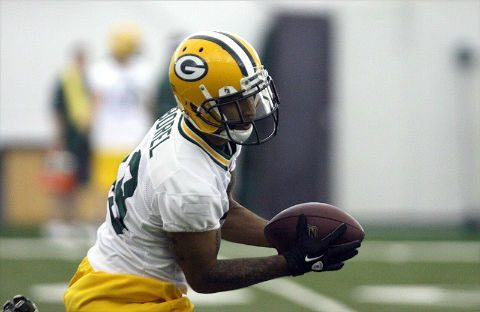 El Los Packers de Green Bay filled out their practice squad on Saturday, or at least they filled out most of it. The Packers brought back seven players they cut the day before.

Andrew Datko, tackle — He was one of the Packers seventh-round picks this season. It looks like he’s still dealing with the injury — either physically or mentally — the ruined his senior season at Florida State. If he can overcome that, he’s got a good shot at making the team next season.

Diondre Borel, receiver — We found it surprising that Borel didn’t get an active-roster offer from another team. He got one during the season last year, when he was also on the Packers practice squad. Borel was doing just fine in his quest to be the Packers sixth receiver until Jarrett Boykin came along.

Marc Tyler, running back — Tyler had the most carries in the preseason, but averaged only 2.3 yards per carry. He’s not the fastest guy, but he played with some atrocious offensive linemen too. He does run hard and could develop like Brandon Saine has.

Lawrence Guy, defensive end — It’s interesting no one claimed Guy. They must not have watched the film. A seventh-round pick in 2011, Guy spent his rookie season on IR. He played well in camp this season, but lost out in a numbers game along a deep defensive line. The Packers seem to like him. Expect them to keep him around for a while.

Greg Van Roten, guard — Van Roten was an undrafted rookie from Penn and moved from tackle to guard with the Packers. With a little seasoning, he could turn into a decent backup on the offensive line.

Bradnon Bostick, tight end — Another undrafted rookie, Bostick made the transition from receiver to tight end. You know the Packers love tight ends. Bostick played decently, but like Guy, where are you going to put him on the active roster?

Chris Scott, tackle — The Packers grabbed Scott from Pittsburgh, where he was a fifth-round draft pick in 2010, but played in only two games since then. Scott spent part of last season on the Steelers’ practice squad. He’s 6-5, 332, so he obviously has the size you’re looking for in an offensive lineman. Something hasn’t clicked for him, though. Maybe Jimmy Campen can whip him into shape.

You’ll notice you don’t see receiver Tori Gurley on this list. That’s because he went off and signed with the scumbag Vikingos de Minnesota. Active roster, you ask? Nope. Practice squad (because they’re so deep at receiver… hahahahaha!).

Before you get too pissed, it looks like the Packers didn’t even make Gurley an offer to return to their practice squad.