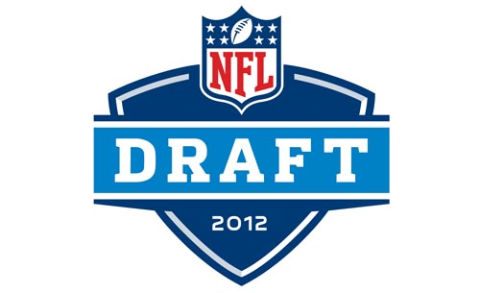 It all ends with the boring-ass Gigantes de Nueva York making a boring-ass pick at No. 32 — Virginia Tech running back David Wilson.

Actually, Wilson is pretty good, but the Giants can still go fuck themselves.

The Bucs didn’t get the running back they wanted, but at least they got a running back. Way to go, Tampa!

How many receivers do these guys need? They signed Randy Moss y Mario Manningham in the offseason. They already have Michael Crabtree.

So the Vikingos de Minnesota traded back into the first round at No. 29  and took Notre Dame safety Harrison Smith.

We knew they needed secondary help, but they need help everywhere except at running back. Hopefully they gave up way too much to make this trade with Baltimore.

Hmmm… did I miss someone selecting Courtney Upshaw?

Of course, we sat around for four years for those stubborn pricks to finally get something out of Jarrett Bush, so we know they’ll coach him up eventually.

Am I excited about this pick? What’s your best guess?

Here’s the first member of the Tejones de Wisconsin off the board and not surprisingly, he’s an offensive lineman. If only the Bengals had Montee Ball too.

This is an interesting pick considering the Texans not only have a good defense, but have two good defensive ends. This is one of those guys who has a big upside and “potential.”

Bet he never does anything with that.

El Patriotas de Nueva Inglaterra traded up again, getting pick No. 25 and selecting Alabama inside linebacker Dont’a Hightower. This guy is a tackling machine.

Belichick: We have a shitty defense. Maybe we should fix it.

We’re going to assume this is the top-rated guard in the draft, since he’s the first to go off the board. Frankly, we don’t really care.

El Leones de Detroit, who have the worst secondary in the league, chose Iowa tackle Riley Reiff at No. 23. Oh well, I guess you gotta protect butterball, right?

Two out of three NFC North picks have been offensive tackles.

You get no highlights either, Detroit.

Hey, it turns out the Cleveland Browns have another first-round pick. Of course, they wasted it by selecting Oklahoma State quarterback Brandon Weeden at No. 22.

Yeah, this guy is good, but he doesn’t have Justin Blackmon in Cleveland and he’s like 45 years old. The Browns will probably get one mediocre season out of him before he retires.

Of course, it’s all moot, because this is the pick they got for fleecing the Halcones de Atlanta last year. The Falcons gave up their whole draft to the Browns for Julio Jones and they still sucked.

It’s good to see the Patriots giving picks away rather than stockpiling them for a change.

Jones can rush the passer. Hopefully he sacks Bill Belichick.

Wright goes from a wide-open offense to one that will probably throw three times a game.

Can you quit with the fantasy football advice about these guys NFL Network? I mean, really?

None of these kids have even put on an NFL uniform yet. But hey, you should take Michael Floyd in the late rounds! He might catch some touchdowns at some point!

Everyone thought McClellin would be the Packers’ pick at No. 28. So, I guess you could call this a reach, but the Bears are a bunch of idiots. That’s par for the course.

Anyway, McClellin can get to the passer.

El Cargadores de San Diego selected South Carolina defensive end Melvin Ingram at No. 18. Ingram was expected to be a top-10 pick and is widely considered the best pass rusher in the draft.

More important than this pick or anything the Chargers will ever do, the Los Packers de Green Bay pick is only 10 picks away!

These assholes are quietly putting together a pretty nice defense. Unfortunately, they’re the Cincinnati Bengals, so no one cares.

North Carolina defensive end Quinton Coples is the Jets de Nueva York pick at No. 16. Here’s a guy with all the tools who pretty much only plays when he wants to.

The Jets hope he wants to.

This guy is pretty interesting. He’s a high-school dropout, which would have made him a perfect fit for the Vikings. The Seahawks probably could have drafted him later than the first round considering many teams took him off their draft board.

El Los Rams de San Luis actually made a pick after trading back twice. They took LSU defensive tackle Michael Brockers at No. 14.

We know nothing about this fat bastard. Don’t the Rams take a defensive lineman in the first round every year though? Maybe they should look at giving Sam Bradford someone to throw to.

The Cardinals needed a receiver badly and Floyd was the second-best in the draft. This offense might be pretty scary in 2012 if they can settle their quarterback situation.

Notre Dame can still suck my balls though.

This is probably a good pick because, let’s face it. The Eagles defense sucks almost as much as ours.

Interestingly, Cox is only 21. So if he sucks the Eagles can look forward to him sucking for a long, long time.

At No. 11 the Jefes de la Ciudad de Kansas took Memphis defensive tackle Dontari Poe, who was a combine wonder.

Here’s another guy who was a combine wonder: Vernon Gholston.

I don’t know anything about this guy, but he now plays for Buffalo so he’s totally irrelevant anyway.

El Panteras de Carolina took some guy I’ve never heard of at No. 9. His name is Luke Kuechly and he played linebacker at Boston College.

Apparently, he won the Butkus Award. Who knew?

And here’s the first reach of the night! The Delfines de Miami who were desperate for a quarterback, took Texas A&M quarterback Ryan Tannehill at No. 8.

This guy wasn’t even rated as a first-round prospect by a lot of scouts.

Still, the Dolphins has such a shitty offseason — missing out on both Peyton Manning y Matt Flynn — these assholes had to do something. The one thing Tannehill has going for him is he’ll team with his former college coach Mike Sherman, who’s now the Dolphins offensive coordinator.

El Tampa Bay Buccaneers picked Alabama safety Mark Barron at No. 7. He’s the top-rated safety in the draft and would have been a nice replacement for Nick Collins, although that’s wishful thinking.

El Vaqueros de Dallas traded up to the No. 6 spot. St. Louis used to own this pick. The Cowboys picked LSU cornerback Morris Claiborne, who’s easily one of the best defenders in the draft, if not the best.

“General manager” Jerry Jones said he was going to get help for quarterback Tony Romo. Guess that will have to wait.

Meanwhile, the Rams are probably going to be pretty good in a few years with all these picks.

El Jaguares de Jacksonville traded up to No. 5 to take Oklahoma State receiver Justin Blackmon. This guy is the best receiver in the draft. Unfortunately, you’ll never hear from him again.

He’ll have Blaine Gabbert throwing him the ball.

On another note, why the hell is there an NFL team in Jacksonville?

Well, I’m somewhat speechless. This actually looks like a smart pick. Of course, the Vikings are pathetic and terrible, so we’re sure they’ll still find a way to suck it up.

We’re not going to show you highlights because 1. offensive line highlights are boring and, 2. he’s a Viking, so who cares?

This thing would be moving right along if the commissioner would hurry the hell up and get on and off the stage. Oh, and if they kept that idiot Deion Sanders out of the way.

El Cleveland Browns select Alabama running back Trent Richardson at No. 3. Take that Tampa Bay! Do not mess with The Walrus!

I’d say thanks for giving the Vikings a bunch of extra picks, but we know they’ll find a way to royally fuck those picks up, so we’re really not worried. The Vikings could have 800 picks and they’d still end up sucking.

Yeah, we knew this was coming too. The Washington Redskins y Mike Shanahan are now officially able to screw up Baylor quarterback Robert Griffin III. They selected him at No. 2 overall after giving a king’s ransom to the Rams for this pick.

How long before he figures out his receivers at Baylor are better than those on the Redskins?

As we all already knew, Stanford quarterback Andrew Luck goes No. 1 overall to the Potros de Indianápolis. While that anti-climatic moment pretty much sucked balls, what was totally awesome was everyone booing commissioner Roger Goodell when he first walked to the podium.

How can any chick take a guy named “Bucky” seriously, unless that guy is Bucky Badger?

Can someone tell me how Matt “Money” Smith got on the NFL Network?

This will not go down as Mike Holmgren‘s finest move. The Walrus just traded the Browns fourth overall selection to move up one spot to No. 3. You read that right. The Browns swapped picks with the Vikings to move up ONE SPOT. The Browns also threw in picks No. 118, 139 and 211.

Holmgren apparently really likes Alabama running back Trent Richardson and was afraid Tampa would trade with Minnesota to nab him. Had the Vikings stayed where they were, they would have selected someone other than Richardson. That would have left the Browns to take him at their original spot at No. 4.

Why? Because we’ll be updating you as the picks are made and maybe we’ll throw in some video and stuff too. Most importantly, we will definitely be making fun of every team not named the Los Packers de Green Bay.

I mean really, aren’t you almost more excited to see how the Vikingos de Minnesota totally fuck things up than you are to see who the Packers pick? We sure are!

If you were with us last year during the draft, you know how this works. First, the latest developments will appear at the top of the page, so refresh often. Second, we’ll be drunk by the time the Packers pick, so all bets are off. 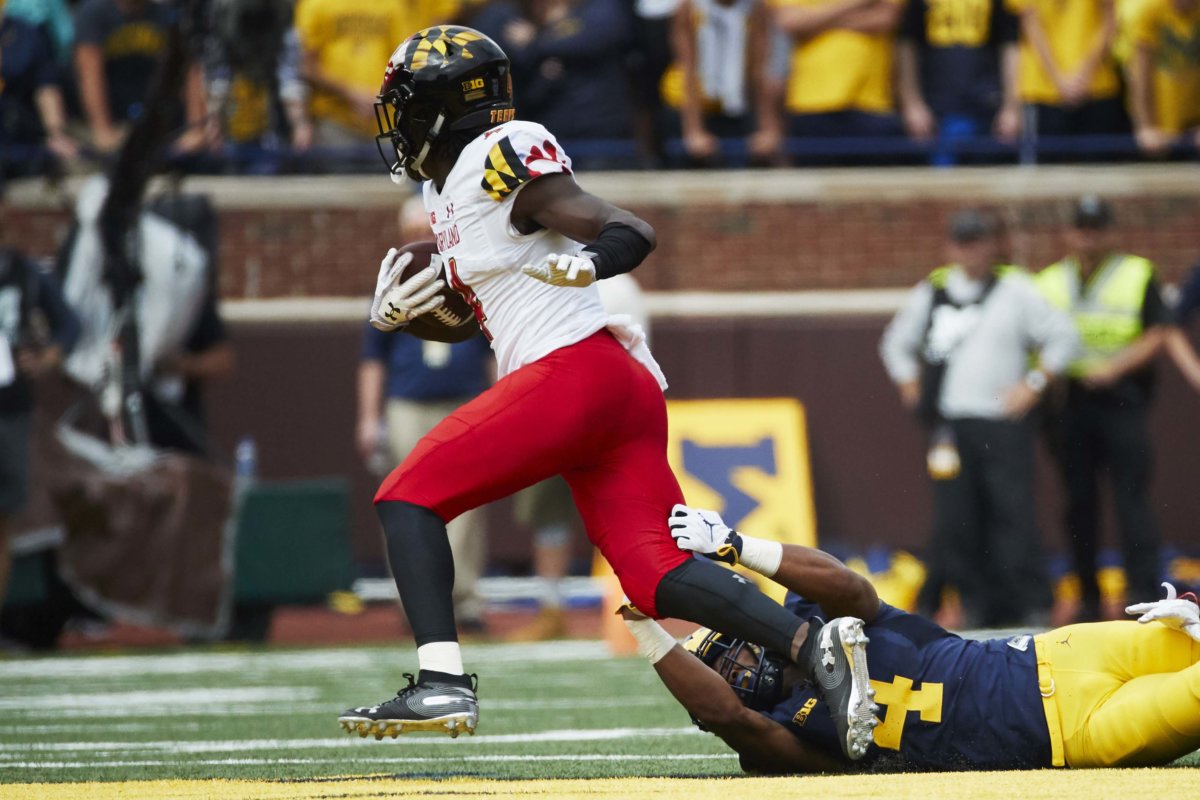