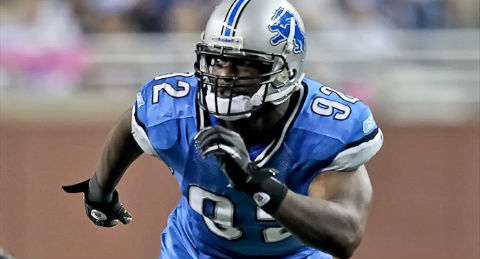 Teams can begin applying the franchise tag to their free agents on Monday. We took a look at how the Los Packers de Green Bay might use the tag last week. Here’s a look at which free agents might be franchised by other teams.

Teams not noted aren’t likely to franchise anyone.

Halcones de Atlanta: Cornerback Brent Grimes is probably the Falcons top free agent, but 49 tackles and one interception — his 2011 stats — probably don’t deserve the tag. If the Falcons think otherwise, then they’re dumber than we thought.

Cardenales de Arizona: The Cardinals will tag defensive end Calais Campbell if they don’t reach a deal prior to free agency. He’s 25 and has shown improvement each of his four seasons in the league — he had 72 tackles and eight sacks last season in the 3-4. He’s exactly the type of player the Packers need. They won’t have a shot at him.

Los Ravens de Baltimore: Running back Ray Rice is a no-brainer to get franchised. He is their franchise player — 1,364 yards and 12 touchdowns in 2011.

Bills de Búfalo: The Bills would like to get receiver Stevie Johnson, who had more than 1,000 yards each of the last two seasons, locked up long-term. In all likelihood, they’ll manage to do that before free agency begins and sit on the franchise tag.

Osos de Chicago: Running back Matt Forte is the guy here. See Ray Rice above — same situation. Forte was the Bears offense, running for 997 yards and totaling 490 receiving in 12 games.

Bengalíes de Cincinnati: There have been rumors the Bengals may use the tag on kicker Mike Nugent if they use it. Who cares?

Cleveland Browns: The Browns will tag linebacker D’Qwell Jackson if they can’t re-sign him before free agency. When he’s healthy, he’s one of the best inside backers in the league. He had 158 tackles and 3.5 sacks last season. Too bad the Packers couldn’t replace A.J. Hawk with Jackson.

Vaqueros de Dallas: The Cowboys are considering tagging linebacker Anthony Spencer for some reason. It’s shrewd personnel decisions like these that have the Cowboys in the Super Bowl hunt every year.

Broncos de Denver: Kicker Matt Prater probably gets the tag here. For good reason, he’s one of the best in the league.

Leones de Detroit: This is probably going to get contentious. The Lions want to tag defensive end Cliff Avril, who was on our free agent wish list, but Avril says he’ll hold out if the Lions do so. Is Matt Millen running the show in Detroit again?

Texanos de Houston: Outside linebacker Mario Williams looks like he’ll be allowed to test the market. Running back Arian Foster is a restricted free agent, so the Texans don’t need to tag him. The smart money says they sit on it.

Jaguares de Jacksonville: Kicker Josh Scobee gets the tag if a deal isn’t reached prior to free agency.

Santos de Nueva Orleans: The answer would obviously be NFL offensive player of the year Drew Brees, except for the fact the Saints are expected to have him re-signed by the time free agency begins. That leaves guard Carl Nicks and receiver Marques Colston as options. We assume the Saints are proponents of keeping the franchise off his ass, so the offensive lineman gets the tag.

Raiders de Oakland: Running back Michael Bush (977 yards, 7 TDs) is great insurance for the injury-prone Darren McFadden, but can the Raiders really afford to pay a backup $7 million season? Not unless they clean up their salary cap mess.

Águilas de Filadelfia: The Eagles have already said they plan to tag receiver DeSean Jackson. The guy was a whiny bitch in 2011, pouting about his contract situation all season, but he has loads of talent. Frankly, Philly can keep him in their dysfunctional family.

Halcones Marinos de Seattle: Running back Marshawn Lynch resurrected his career in 2011, running for 1,204 yards and 12 touchdowns. Like Rice and Forte he was pretty much his team’s entire offense.

Washington Redskins: Although this moron got suspended by the league for a drug infraction, the Redskins will probably slap the tag on tight end Fred Davis. Before he banished, he put up 59 catches for 796 yards and three touchdowns.

(Thanks to Goal-Line Stand)