Packers are 3-1 and will need to create more breathing room in the division over Minnesota with a win against New York. The Giants are also 3-1 with a recent win over the Chicago Bears that put them at 2-2. New York used their run game to stop the Bears with Saquon Barkley racking up 146 yards over 31 carries. This 3-1 for the Giants comes as the team has battled constant injuries and have fielded several untested players along the way.

As for the Packers, you can expect to see CB Jaire Alexander, absent last week against New England, back in action on the defense. It was looking grim a bit early on, but the Packers have faired well when it comes to injuries so far. Current training regimens for the team seem to be working out well this season.

Somehow, there is no fog or rain forecasted during the game despite its location. The Queen will not be in attendance. 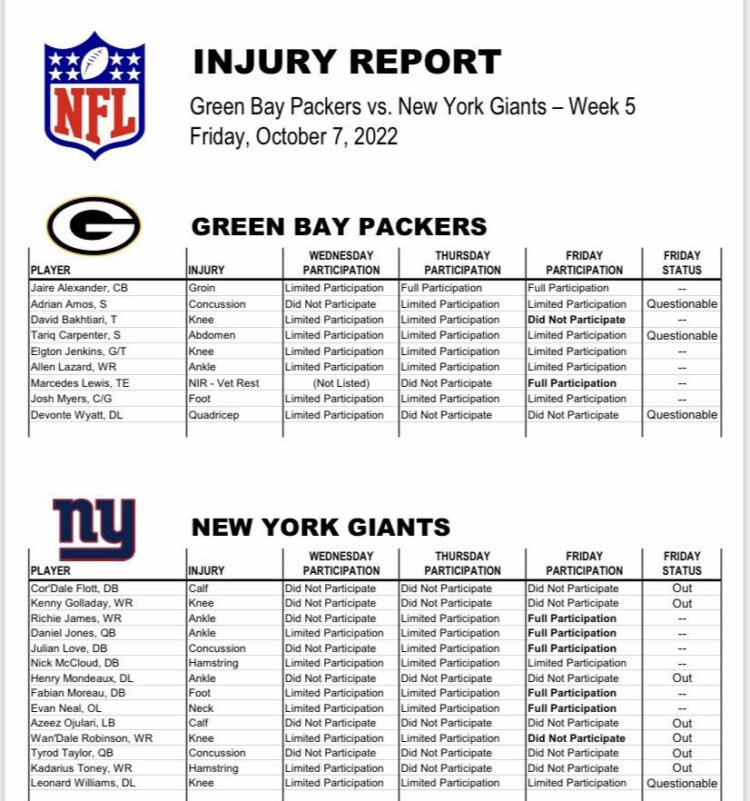