Rodgers is peaking und die Packers D is getting some much deserved love this season — it’s game day, folks and the Packers are going on the road to Baltimore to face the 8-5 Ravens, who, much like the Pack, are facing some key injuries on their own. 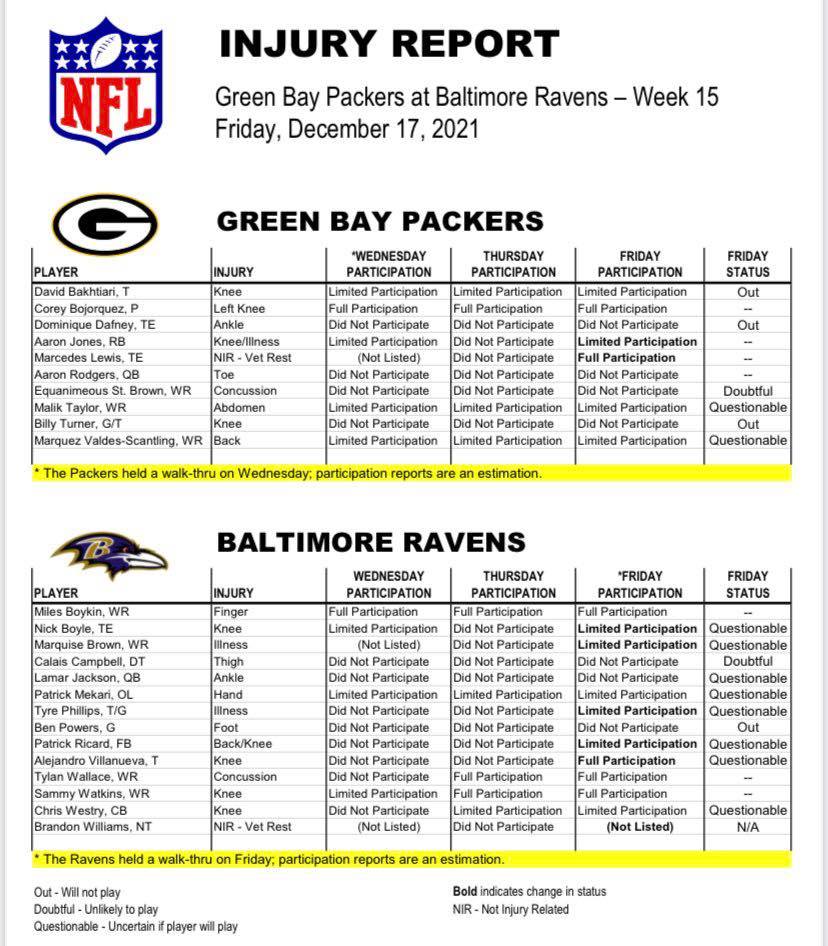