Has Josh Jones Fallen Out Of Favor?

It’s no surprise that Josh Jones wants to be on the field. The guy played more than 70 percent of the Green Bay Packers’ defensive snaps as a rookie.

He wasn’t always good. In fact, he was mostly not good in 2017. However, he has the experience and he seemingly has potential. And yet, Jones has been nowhere to be found this season.

Part of the reason is injury.

Jones missed the Packers first two games of the season because of an ankle injury. He said he was healthy and ready to return in week 3. The Packers put him on the inactive list for the game against Washington anyway.

Jones has played in the past two games, albeit sparingly.

He worked only on special teams in his first game back. He got a whopping five defensive snaps against the Lions. Jones has one tackle on the season. A year after having 71.

This may not be notable at all, but for a few reasons.

Jones is in just his second season. He was a second-round draft pick. One of the Packers starting safeties — Kentrell Brice — is not playing well.

Yet the Packers have made Jones an afterthought. That most certainly hasn’t gone unnoticed by him.

There are no doubt a number of factors at play here.

The biggest may be the Oren Burks factor. The Packers drafted Burks to be a speedy coverage linebacker. That’s kind of the role Jones filled last year. Burks has only played in the last three games because of his own injury issues, but his snaps have gone up each week.

The Packers are also using Antonio Morrison at inside linebacker regularly.

Then there’s the defensive backfield. Brice and Ha Ha Clinton-Dix have been dominating the snaps at safety. Jermaine Whitehead, who I would argue is actually better than Brice, has been seeing regular action, as well. Whitehead had a season-high 39 snaps in week 4.

That doesn’t leave much left for Jones, especially when you also consider all of the cornerbacks getting regular playing time.

You have to wonder what the deal is, though. Jones is right. You don’t draft a guy in the second round to not contribute to the team.

Granted, Jones was a Ted Thompson draft pick, not a Brian Gutekunst draft pick. Gutekunst may not think as highly of Jones as Thompson did. Similarly, defensive coordinator Mike Pettine may not see what his predecessor Dom Capers saw in Jones.

It’s still somewhat baffling that the Packers have seemingly given up on Jones while they give all the playing time to two former undrafted free agents in Brice and Whitehead.

Ha Ha Clinton-Dix Doesn’t Expect To Be Back 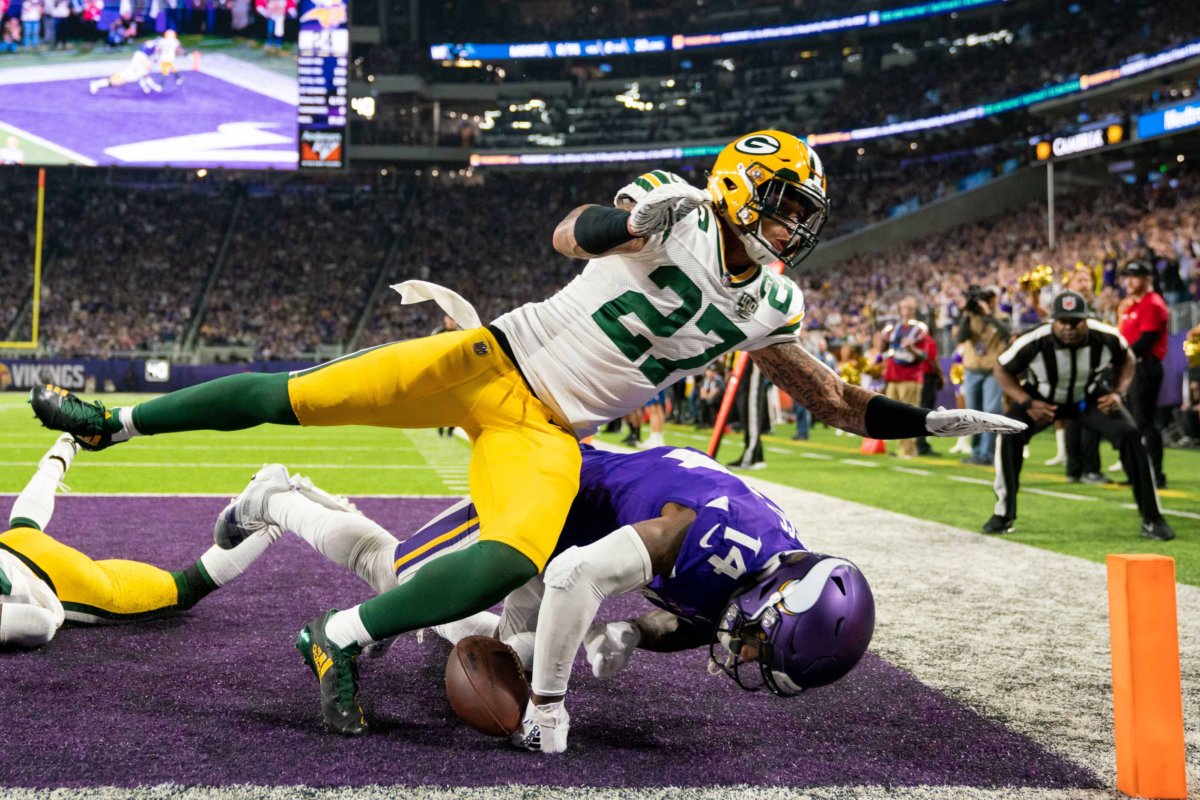