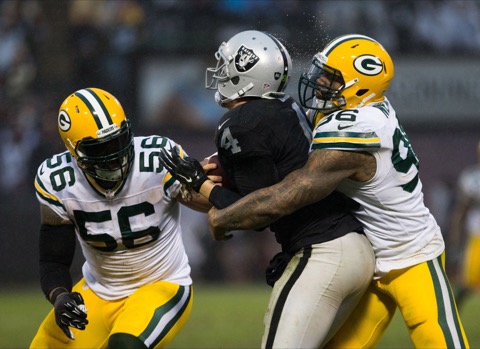 Well, we told you this Oakland Raiders team wasn’t quite there yet. The Green Bay Packers?

They got a win. That’s the best thing we can say about them.

Oh, they’re in the playoffs, too! That should be a short appearance.

If you watched the NFC’s playoff teams on Sunday, a number of them were impressive. Carolina just finds ways to win and their quarterback is the league MVP. Arizona is a team to be reckoned with and a team we believe is going to beat the shit out of the Packers next week. Seattle is playing some of the best football in the league right now. Minnesota is looking better than they have all year. Hell, even Washington looks like a legitimate playoff team now. Like they might be a test for another playoff team.

You can say none of those things about the Green Bay Packers.

There’s not a single other thing that’s eye-catching or impressive about them, however.

Gonna be a long offseason, boys!

Damarious giveth and Damarious giveth right back
Hey, we love Damarious Randall, but talk about a yo-yo of a game. That was Randall on Sunday. He puts seven on the board with the Packers’ second interception of the day, then he goes out and plays like Ahmad Carroll for the remaining three quarters. Randall covered Oakland’s stud rookie receiver Amari Cooper for most of the day. It was one of those strength-on-strength match-ups and Cooper got the best of it. He caught six balls for 120 yards and two touchdowns. Randall wasn’t out there playing terrible coverage. He was just getting beat by a big, physical receiver. On a couple occasions, Randall fell down or slipped. That made it easy for Cooper. If you look at the whole, Randall had a pretty bad day. Even the interception was more on Raiders’ QB Derek Carr than it was on Randall. Carr made a terrible overthrow and Randall just happened to be where the ball was. In fact, on that particular play Randall’s man had blown by him and Randall was trailing him by at least two yards. We’ll go ahead and assume he had safety help over the top. We’ll also go ahead and forget Randall’s play in this game.

And a special guest appearance by Julius Peppers!
The one Packers defender who did the most damage to the Raiders’ cause on Sunday was Julius Peppers. Old man Peppers had four tackles, 2.5 sacks and three QB hits. He certainly wasn’t great against the run, but as you can see, Peppers was near dominant as a pass rusher. He made those plays in just 50 snaps, which has been the norm this season for Peppers. The Packers try to keep him fresh by not playing him a high percentage of snaps. That big day brings Peppers’ season sack total up to 9.5, which is a pretty nice number. Peppers had 5.5 of those sacks in the first half of the season. What are we getting at? Peppers hadn’t done much in the second half of the season until Sunday. Maybe he was wearing down. Or maybe the Packers just weren’t using him effectively. We’re hoping it’s the latter and we’re hoping that has been remedied for remainder of the year.

Here’s how those revenge games played out
Charles Woodson wanted revenge on the Packers. He had three tackles, including one for a loss, and his team lost the game. James Jones said he didn’t want revenge on the Raiders, but he got a little bit anyway. Jones and his hoodie led the Packers with six catches for 82 yards and a touchdown. It’s like we said before the game. It’s hard for an individual player to dominant a revenge game in the NFL. Not only is there a ton of pressure on them, but this is a team sport more so than any other team sport. Unless you’re the quarterback, who gets the handle the ball on a regular basis, you really don’t control anything. We’re pretty sure the Packers tried to look Jones’ way a little more than usual on Sunday and it worked out for him. Charles didn’t really have a chance. He’ll have to take solace in the fact that the Raiders’ secondary limited the Packers’ pathetic passing game to just 190 net passing yards.

Let’s keep them guessing!
Yeah, we get what Mike McCarthy is trying to do. He’s trying to put Randall Cobb in favorable match-ups and make him the engine that drives the offense. That includes putting Cobb in the backfield and using him to run the football from time to time. Cobb carried four times for 18 yards on Sunday in addition to catching five balls for 40 yards.

Well, he had all kinds of issues with the game plan and play calling on Sunday. It starts with Eddie Lacy’s limited role (11 carries, 23 yards). Lacy SHOULD be the focal point of the offense since that’s the only time the offense even looks somewhat serviceable. However, if you’re going to put the focus on Cobb, then go all in. The guy should be touching the ball more than just nine times. Yes, that was it. The main cog of the offense touched the ball just nine times — four rushes and five catches. Cobb was targeted seven times, so it wasn’t like they were looking for him repeatedly and he just couldn’t make the play. The focal point of this or any offense, regardless of who it is, should be targeted at least 15 times per game. The Packers are employing the scattershot approach though. We’ll keep them guessing by spreading the ball around to everyone! Even the guys who have no business touching it!

It was only the big plays
Something about this Packers’ win just hasn’t been sitting well. The offense was total dog shit once again. Aaron Rodgers was garbage. The receivers, for the most part, are a joke. Terrible game plan and play calling. The defense didn’t inspire any confidence.

The Packers probably should have lost this game. Take away two plays and one player and they likely would have been thoroughly dominated. Let’s get rid of the two first-quarter interceptions. That takes 14 points off the board. I mean, you know the Packers offense wasn’t putting up those points by themselves. So now the score is 20-16 Raiders, which feels about right.

If you take out Julius Peppers’ huge day, it’s probably more like 27-13 Raiders. This is a team with an offense that can’t beat anyone. They rely on their defense to keep them in games and, at times, come up with big plays. The defense doesn’t always make those big plays. They did on Sunday, but when they don’t, the Packers lose. They lose because they’re so god-awful on offense and cannot count on those guys to win games for them.

Despite the record, there’s really nothing to like about this Packers team. 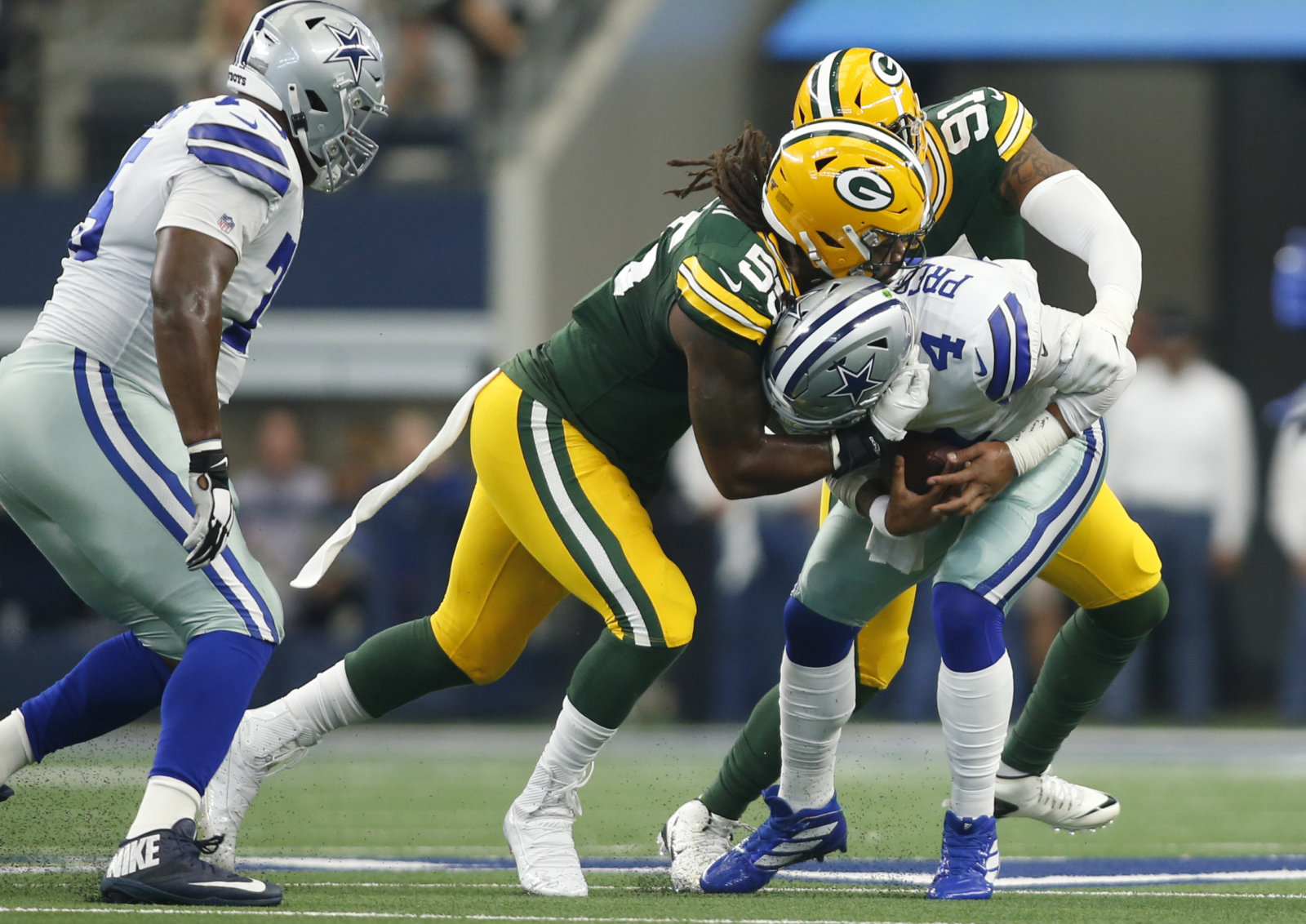