The NFL loves giving the Packers early season tests, and this season is no different with the Packers taking on their ex-divisional rival(although the animosity is still strong for many – suck it, Warren Sapp), Tampa Bay Buccaneers. I guess we should consider ourselves lucky they are in the NFC South these days because the NFC North is a walk in the park the past few seasons, even factoring in week 1’s loss to the Vikings.

I don’t need to tell you that old man Tom Brady is heading the Bucs these days and is doing a damn good job at it, I hate to say. Much like our own Aaron Rodgers, Brady is an intense guy that demands a lot from himself and his teammates. Offensively, Brady will be limited by Chris Godwin, Julio Jones, and Donovan Smith not being active. On the other hand, the Buc’s defense has been impressive so far this season — including stopping the run game which Rodgers and his RBs will be utilizing to help their inexperienced receiver corps obtain some opportunities. Meanwhile, Brady is relying on a third-stringer at left tackle to keep the Packers off him the whole game.

Despite all this, the Bucs’ home advantage, and the Packers’ difficulty there, makes the Packers the underdogs going into the game. Given how both teams have played in recent years, it is likely that the result of today’s game will have a vital impact on NFC playoff seeding down the line. Despite being early in the season, this one is going to be a banger, folks. 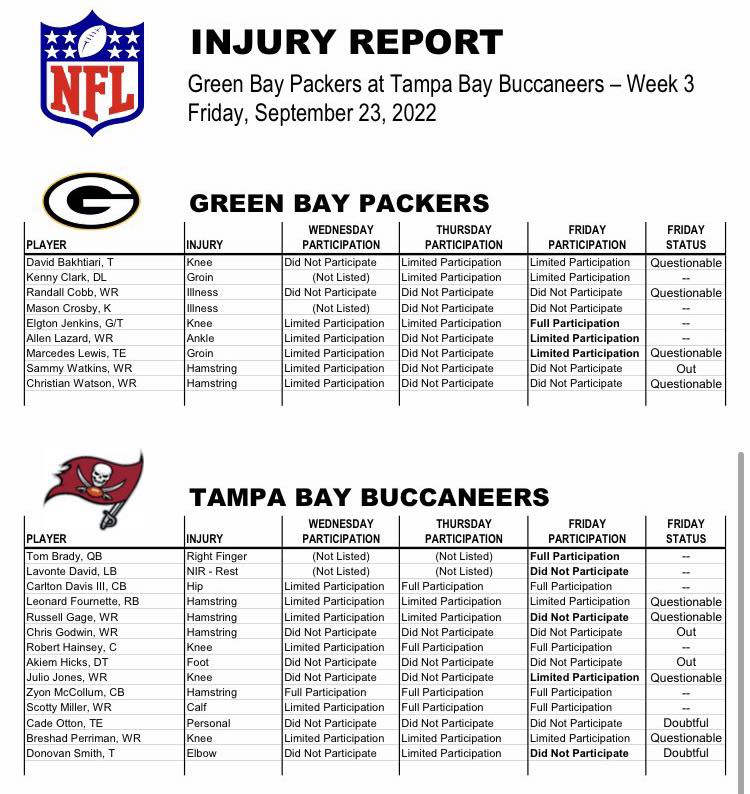 Note: Sammy Watkins has been placed on Injured Reserve 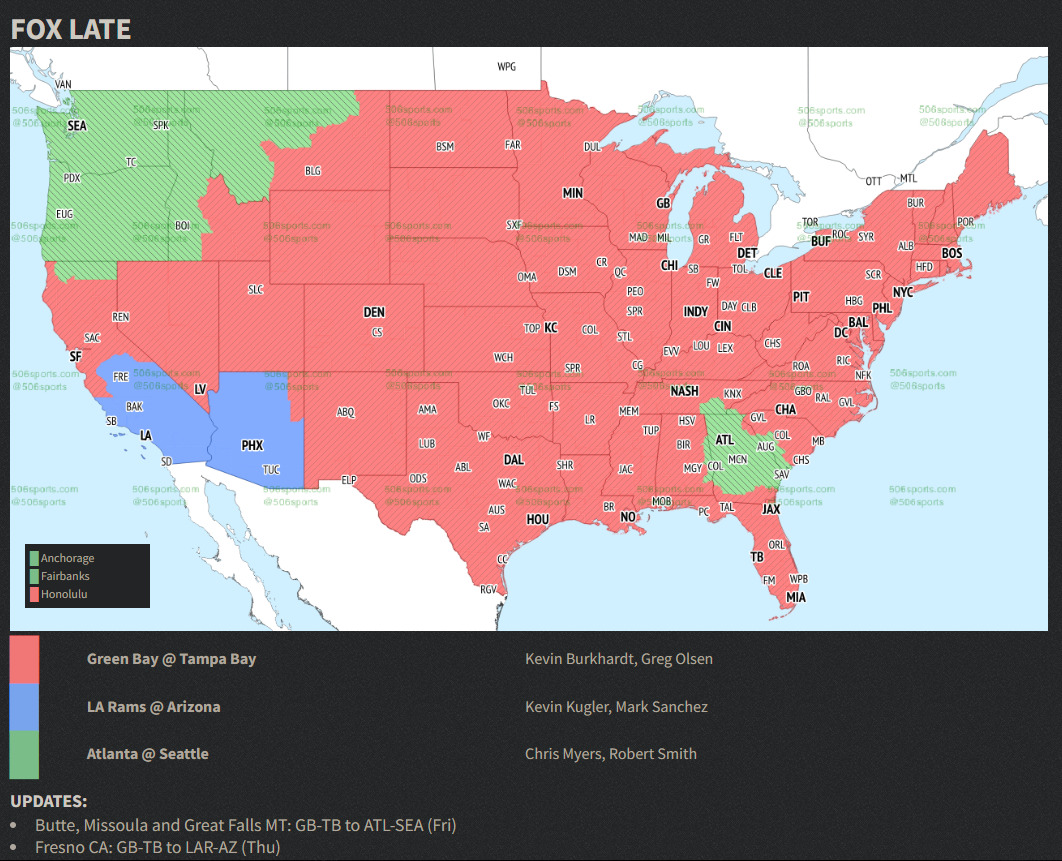 Side note, we’re gonna dive into the Brett Favre thing next week. Not much time this past week, but this needs to be explored and we’ll do that.

Given the injury histories of Sammy Watkins and Randall Cobb, the Packers were always going to need Christian Watson and Romeo Doubs to play a big role as rookies. We're already here.

The positive here: More reps early in the year are going to help come December and January.

A season debut: #Packers LT David Bakhtiari, who boarded the bus with teammates wearing a shirt with his face on it, is expected to play on Sunday. A huge lift for the GB offense.