There will be a lot of expectations placed on the Green Bay Packers. Of course, this is nothing new for the iconic franchise and something that we all demand when watching them take to an NFL field throughout the season.

With Aaron Rodgers still appearing to be as solid as a player ever, many will expect the very best from the team as long as the quarterback is able to make the plays he needs to. Naturally, he will need his weapons to help him out – especially those in the tight-end department – but with Davante Adams now lining up in Nevada for the Las Vegas Raiders, we know that it is going to be a rather big challenge this season.

Therefore, should we be looking to dial in the expectations that we have for the 2022 NFL season? Whilst there could be an argument as to perhaps we should, there will be many of us who will still be expecting the team to compete for the Super Bowl, regardless of the players that we have available lining up at the beginning or throughout the upcoming year.

As we have known for a little while, the 2022 NFL schedule has already been released and the Packers’ schedule strength is thought to be ranked as the 22nd hardest schedule in the upcoming season, as the teams that they will face combined to create a record that stood 137–150–2 (.478) last year.

Naturally, once this information was released, many of us in the Pack at Lambeau Field would have been delighted with what the upcoming year could bring. With the 11th easiest ranked schedule, expectations will remain at an all-time high.

The #Packers 2022 schedule includes a Week 5 game in London, a bye during Week 14 & concludes with back-to-back home games. 📰#GoPackGo https://t.co/mBFd9doiOp

As a reminder, the games to be played are:

As can be seen, there are nine games to be played on the road, with one of those being in the NFL’s International Series against the Giants, whilst the other eight games will be played in Wisconsin at Lambeau Field.

Will this change – or should it – the expectations that we have for the upcoming 2022 NFL season and potentially make those who consider placing a wager on the team reaching the Super Bowl think twice about whether the Packers will be able to achieve what many want them to accomplish?

Of course, it would not be a surprise if many were already looking at the various Super Bowl betting sites that are available to use this upcoming season and trying to find the best odds and markets on which they can place a bet on.

However, would we suggest that there is any reason why they might not want to place that wager at the moment and take advantage of the offers that have been made available already at this early stage?

A successful season should be had

Indeed, when looking at the schedule and its strength, there is no real reason not to have some high expectations for the upcoming campaign. In a number of the games, you would fancy the Packers to be able to overcome and rise to the challenge, especially those that are played at home, although the visit of the Super Bowl champions might be the toughest challenge.

Again, there are a few on the road that Green Bay should be able to win, with it argued that the game’s against the Tampa Bay Buccaneers – following Tom Brady’s decision to U-turn on his retirement – as well as the opener against the Vikings perhaps being decided by a coin flip.

Nonetheless, if these expectations are to be met, then several key players are going to need to ensure they step up and provide the franchise with the best versions of themselves.

Which players are going to need to show up in 2022?

Unsurprisingly, there are a number of Packers on the roster that will have to prove that they deserve to wear the famous jersey, especially after some of them received mega paydays in recent years.

Jaire Alexander: The highest-paid CB in the league 💰 pic.twitter.com/7RuPqYoq4A 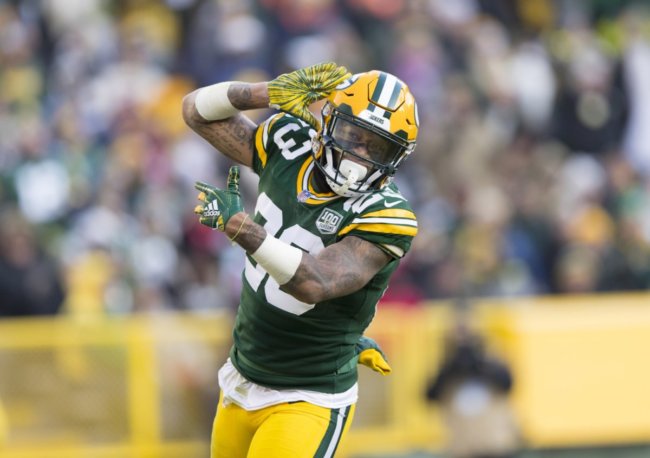 Jaire Alexander is one we will all be expecting big things from, especially as he has recently signed a new contract, a 4-year extension that is reported to be worth $84,000,000, including a guaranteed $30,000,000 signing bonus, thus working out to be an average annual salary of $21,000,000. This contract also makes him the best-paid defensive back in the league, too. Naturally, there will be a lot of focus on him, as many will be expecting him to continue to make the plays that he did during his rookie contract.

David Bakhtiari is another one of the players that many will be wanting – and expecting – to see big things from this season. He is one of the league’s highest-paid left tackles and given that Rodgers will need as much protection possible to be at his most effective, the pressure will be firmly on the tackle. Add to the fact that he has had significant injury problems, many will want to see Bakhtiari back at his very best.

The 30-year-old was expected to return last season but his knee had failed to heal as everyone would have liked. There is plenty of optimism about his chances next season, but it really is a wait-and-see scenario. Although he has a long-term contract with the organization, it would be best for everyone if he can achieve what he needs to next season.

So, should our expectations change for the Packers this season? No, it does not seem as though they should. Of course, there are certain things that need to be taken into account, but with a favorable schedule, perhaps the Super Bowl will come back to Lambeau Field and Green Bay?