Once again, the Packers have found themselves at the top of the NFC going into the playoffs. This is despite a troubling season of injuries, COVID, and the occasional off-field Rodgers drama.

This may feel similar to last year going into the playoffs, but another year has ticked by on Rodgers’ tenure that is almost certain to end soon. Despite some distractions from his appearances on the Pat MacAfee Show, he seems to be laser-focused in his playing. In fact, knowing Rodgers, all that controversy is probably what helps fuel and motivate him. Whatever works, I suppose. Yet again, there is a very strong case for him to be the league MVP. If not, there is going to be a lot of upset folks that might link Rodgers not winning the MVP crown with his vaccine related comments. We’ll just see how that goes.

As far as Packer Super Bowl odds go, they’re looking good but anyone is going to tell you at this point that it’s highly dependent on what we hear about injuries from the team this week. If you’re in Wisconsin, it’s unfortunate that the State of Wisconsin has yet to legalize sports betting. Local fans who want to bet on the team to win this year’s Super Bowl will need to go to a surrounding state to do so. For those who are close to Michigan, Sports Betting Dime has a list of active sportsbooks that can be reviewed before taking action. The Packers are currently given the best odds to win this year’s Super Bowl and that is something agreed upon across the board of sites.

We know that the Packers will not play the Bucs or the Cowboys in the divisional round. Otherwise, their opponent will be among the Rams, Cardinals, 49ers, or the Eagles.

Obviously, the bye week during the wild card round is going to be a boon for the team. The Pack had their regular season bye historically late this year — on top of that, LaFleur played his starters during this past weekend’s game against the Lions and Marquez Valdes-Scantling left with an injured back in the first half. Not to say this makes it a poor decision on LaFleur’s part, but this was the risk he was willing to take.

The good news lately on this front is that LT David Bakhtiari made a return to the field after a year long absence. He was active against the Lions and left in the second quarter. Despite leaving early, his health seems to be fine:

David Bakhtiari says he feels fine. Team had a threshold of what he was gonna do today, and he felt like he reached it, which is why he came out in the second quarter.

Another player we might see return in the playoffs is CB Jaire Alexander. While his absence is felt, team moves like picking up Rasul Douglas — off the Cardinals’ practice squad at that — has been hugely beneficial. Douglas was another bargain under Gutekunst’s belt. Douglas turned out not to just be a decent replacement, but has shown that he is a Pro Bowl caliber player with a bright future in the league. Other bargain acquisitions for the team recently are listed here. 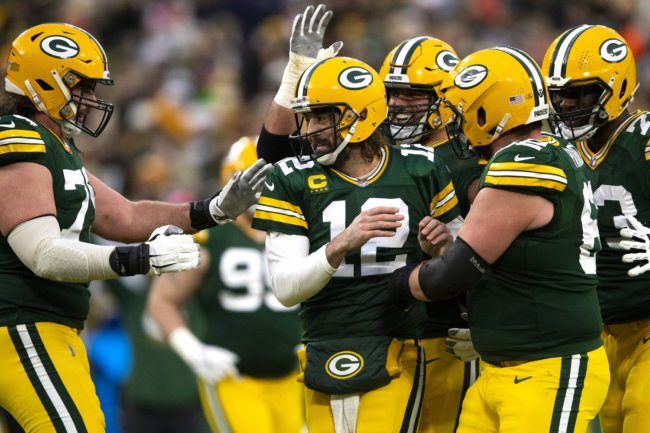 All eyes and ears are going to be eager this week for any clue from the team as to how certain injury recoveries are progressing and who we might see in a couple weeks on the Frozen Tundra.