by Paul Edwards
in Articles & Analysis
12

Brian Gutekunst has now had four drafts and his latest draft has had 12 games to evaluate player potential. There is enough tape to look at all four drafts and his other managerial decisions. Wolf, Thompson and Gutekunst have all had to hire coaches, to take the franchise in a new direction, and all three have attempted to find a franchise quarterback. Gutekunst’s final evaluation may hinge on how far the 2021 Packer team goes, or Jordan Love’s future, but for now his coaching selection and four drafts are enough to have fun discussions at halftime comparing how he measures up against two Super Bowl winning prior general managers.

To evaluate the decisions objectively coaching choices, impact trades, and free agent signings must be evaluated in addition to draft picks. A general manager must evaluate a draft, all of his teams needs, and find players to fill every starting and backup position. If a GM determines there is not a draft pick that can fill the need, trades and free agent signings must be completed to fill the void. 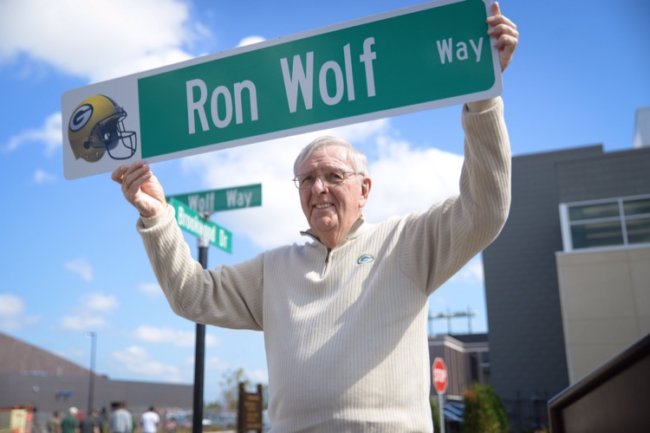 Ron Wolf’s trade of a draft pick for Brett Favre is arguably the greatest acquisition of any GM in NFL history. Wolf had the luxury of two first round picks and traded the second pick, pick 17 of the draft, for Favre. In hindsight, their was no quality quarterback in the draft, making Favre’s acquisition even more important for the Packers. The quarterbacks drafted in 1992 in order were:

The best QB drafted in 1992 may have been Brad Johnson, taken in the 9th round by the Vikings. There was no franchise QB in the draft and yet Wolf found one for a draft pick that ended up being defensive back Kevin Smith. That and a subsequent Super Bowl ring is how you get to the Hall of Fame.

Thompson had a franchise quarterback fall to him at pick number 23. He is credited for drafting Rodgers even though he had a franchise QB in Favre and did not need another passer at the time. Now, Favre had mentioned the word retirement about a thousand times before that draft and vocalized his distaste for offseason work and practice. Looking for a successor made sense despite Favre’s continued years of play. In hind sight there is no way Thompson could have known Rodgers would drop to him. But, Thompson should get credit for having the diligence to know more than the 22 teams ahead of him that passed on Aaron.

Gutekunst traded up to draft Jordan Love when his franchise quarterback had adamantly professed his desire to play into his forties. The subsequent handling of Rodgers’ contract can be held against the general manager while some will pin more blame on Rodgers. The next off season will settle some of the debate but most of us will be arguing with friends about this for at least two years into Love’s career as a starter, even if he starts for another team.

Free Agent signings by Thompson is a line sometimes used as the start of a joke, but his alleged low budget mentality still produced quality additions. Charles Woodson and Ryan Pickett are really the only two difference makers. His release of two All-Pro guards and signings of Matt O’Dwyer and Adrian Klemm, then not drafting a guard till the 5th round (Julius Coston) still land on my top three worst GM moves in the last 30 years by a GM.

Gutekunst has seen benefits from his free agent signings. The Smith Brothers brought a pass rush and help to Kenny Clark. It was the greatest need on the defense that needed help on every level. Adrian Amos continues to be a solid starter and defensive leader. Even with Za’Darius’ injury and upcoming cap issues, those three signings have contributed to multiple wins. Gutekunst’s low budget pickups have also shined. Rasul Douglass, Corey Bojoquez, De’Vondre Campbell, Billy Turner, and yes, Randall Cobb have paid dividends.

Ron Wolf is famous for saying that he was always trying to find three quality starters from each draft. With that being Wolf’s goal, has Gutekunst met that standard? His first draft in 2018 has produced one All-Pro in Jaire Alexander. Corner was a huge need position and when healthy, Alexander is one of the best in the NFL. The next best player from that draft is Marquez Valdez-Scantling. While MVS has been slow to become a complete wideout, his play every year has improved, he is a diligent worker, and his speed is elite. He also became a decent blocker. The next best 2018 drafted player is Equanimeous St. Brown. St. Brown probably had his best game last week against the Rams. He started the season on the practice squad but has played well on Special Teams and is catching the ball better than Allen Lazard the past couple weeks. The only other player still on the roster from the 2018 draft is Owen Burks, a career special teamer.

The 2019 draft has three quality starters, Rashan Gary, Darnell Savage and Elgton Jenkins. All three could end up with a pro bowl in their careers. If true, that is a phenomenal draft. Kingsley Keke has added snaps and pressures at defensive tackle but has been slowed by concussions. Ty Summers is a key special teamer. Even though tight end Jace Sternberger never really overcame his gruesome injury as a rookie, the draft is as good as any not involving a franchise quarterback.

In 2020, Gutekunst went for the controversial Love pick. This draft has been panned by fans since the first pick. More piling on came with the A.J. Dillon pick. The Packers had two good backs, why pick him when the Packers had other needs? This season has shown Dillon to be a game changer and quality receiver. Deguara is still developing after losing his rookie year to injury but his potential is starting to show. Jon Runyan has been a quality guard who’s best years are ahead of him and Vernon Scott is a reliable backup. Jonathan Garvin was getting a chance to play big minutes before being put on the Covid list last week.

Gutekunst’s 2021 draft of Eric Stokes, Josh Meyers, and Royce Newman could be three quality starters in 2022 and beyond if they can stay healthy. Other picks showing potential are T.J. Slaton, and Amari Rodgers, although Rodgers still needs to work on route details to create separation. Gutekunst has also been able to find non drafted players and picked players from other practice squads to round out the roster. Kris Barnes, Yosh Nijman, Allen Lazard, Tyler Lancaster, Jack Heflin, Chandon Sullivan and even Tipa Galeai are all making contributions that have helped this team to nine victories. He has also been willing to cut ties with underperforming draft picks. J.K. Scott, Josh Jackson, J’Mon Moore, and Sternberger are examples.

High grades have to be given to whoever picked LaFleur as head coach. The Packers have an improved offensive plan. They run the ball to set up the pass. There is confidence in every teammate and they believe in the game plan. They are united. Gutekunst gets credit no matter how much Mark Murphy boasted to the press his influence.

Ultimately, Gutekunst needs a ring to be revered like his predecessors, and his quarterback picks need to reach MVP status before anyone crowns him the best. High expectations, but he knew what the definition of success was when he took the job. I will be the first to admit I have to eat crow over the bashing I gave him for some of his picks. (Dillon and the three receiver draft ) The Packers were a score away from the Super Bowl last year and are contending in 2021. I for one would love to crown him the best GM in Packer history, because that would mean at least one more SB victory.

Pack Poised for No. 1 NFC Seed

Pack Poised for No. 1 NFC Seed