by Jason Parker
in Articles & Analysis
19

Probably no snow tonight, but one of the saddest teams in the league, the Chicago Bears, are going to visit Lambeau Field to go up against a relatively rested Packers team. Previously injured Packers CB Jaire Alexander was seen practicing this week. Unfortunately, despite some rumors, Za’Darius Smith and David Bakhtiari were not active this week. Rodgers did manage to practice this week, despite an ongoing toe injury. LB De’Vondre Campbell was activated from COVID/reserve, but WR Randall Cobb was placed on injured reserve(do not expect to see Cobb again during the regular season).

Aaron Rodgers, Green Bay QB and Bears owner, will likely soon be the winningest QB in the history of the Bears/Packers rivalry. A win tonight will put him at 23 wins, one above esteemed political scientist, Brett Favre. Rodgers has put up triple-digit QB ratings in 13 of those meetings.

First person Aaron Rodgers went to when he ran onto the practice field was GM Brian Gutekunst, and they shared an embrace.

It’s the first practice for Rodgers (toe) in three weeks.

LB De’Vondre Campbell back from COVID.

Rodgers will likely need surgery on his toe, but most likely not until the completion of the season. He was quoted by ESPN as saying that he will see how it goes tonight. 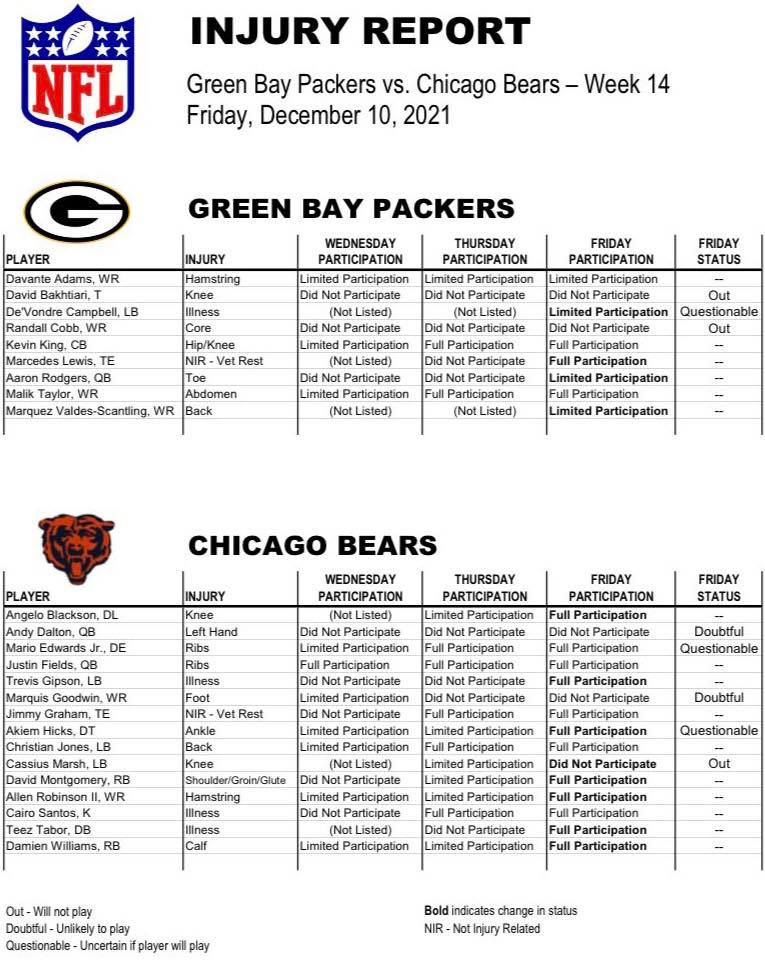