After the 38-3 drubbing at the hand of the Saints in the opening week, the Packers have found ways to win every game to the surprise of sports betting sites like Milbets. Three of those games came by three points or less, all on the road. They are 16th in scoring and 9th in points allowed. Offensively, the Packers are led by Aaron Rodgers who has thrown for nearly 1900 yards and 17 touchdowns with only three interceptions. Davante Adams has torched secondaries for 744 yards on 52 receptions. Adams, running back Aaron Jones, and Randall Cobb have a combined 11 touchdowns receiving. Jones has also rushed for 463 yards and three touchdowns. AJ Dillon has combined with Jones to average 4.5 yards per carry. 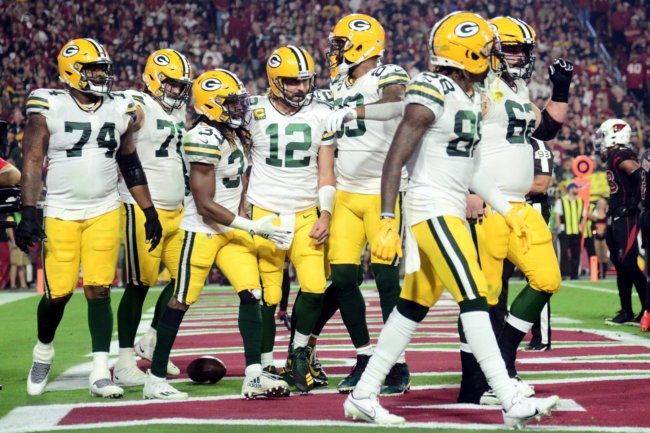 Defensively, the Packers have been impressive without linebacker Za’Darius Smith, who has played only a single game this season. With 20 quarterback sacks, nine interceptions, and five forced fumbles, the likes of De’Vondre Campbell, Kenny Clark, Rashan Gary, and Dean Lowry have created issues for opposing offenses all season. Looking ahead, the Packers face the Chiefs, Vikings, Ravens, and Lions on the road and the Seahawks, Rams, Bears, Browns, and Vikings at home.

A distant second in the division is the Vikings, who are coming off a bad loss at home to Cowboys, who were without quarterback Dak Prescott. At 3-4, the Vikings have a tough road ahead to stay in the division with games against the Ravens, Chargers, and 49ers on the road with the Packers at home. Kirk Cousins has thrown for 1953 yards and 14 touchdowns. Top threats include wide receiver Adam Thielen and Justin Jefferson, who have a combined 86 catches for 1034 yards and nine touchdowns. Dalvin Cook leads the Vikings in rushing with 444 yards on 98 carries. Minnesota features a fearsome pass rush led by Danielle Hunter and Everson Griffin, who have 11 of the team’s 24 sacks.

After a 3-2 start, the Chicago Bears have lost their last three, including a 33-22 decision this past week against the 49ers. At 3-5, the Bears are in desperate need of a win, but face the Steelers, Ravens, and Cardinals three of the next four weeks. Rookie quarterback Justin Fields has had some moments, but also severe growing pains. He’s completed under 60 percent of his passes with a woeful 3-to-7 touchdown-to-interception ratio. HIs top target has been Darnell Mooney, who has 33 receptions for 409 yards. Running back Khalil Herbert has stepped in nicely for David Montgomery, rushing for 309 yards and three touchdowns. Robert Quinn has 5.5 of the Bears 21 sacks, but as a unit, the Bears have only eight takeaways and a –3 turnover differential.

Just how bad are the 0-8 Lions? They lost to a very mediocre Philadelphia Eagles’ team at home by 38 points this past week. Matthew Stafford is enjoying a career year in Los Angeles, while Jared Goff has thrown for nearly 2000 yards with eight touchdowns and six interceptions. Tight end TJ Hockenson is legitimate, as is running back D’Andre Swift. The bottom line is the Lions are 5th from the bottom in scoring and last in points allowed. Detroit has a distinct possibility of going 0-17 this season.
Clearly, the Packers are the cream of the crop in the division and not only will win the division, they will battle the top teams in the conference in hopes of number one seed in the NFC.