In late September I went on record (here) as advocating that QB Rodgers look to run more when opportunities present themselves. We’ve now seen enough to know the Packers are not dominating the opposition this season. The team needs to employ every tactic and scheme available if it is to keep scratching out wins – especially as we anxiously await the return from injuries of many key players.

I’ve now got some additional evidence of how we’ve been squandering a key weapon that the team previously used effectively for well over a decade: Aaron Rodgers’ still-present running ability.

By the way, Ben Roethlisberger has more rushing yards (9) to date than does our MVP quarterback. Also by the way, if Jackson maintains his pace over 17 games, he’ll have rushed for 1,159 yards.

While age is definitely a factor, most runs by quarterbacks don’t require great speed or maneuverability – though neither hurts. Also, running QBs usually avoid injuries by sliding to a stop rather than being tackled. 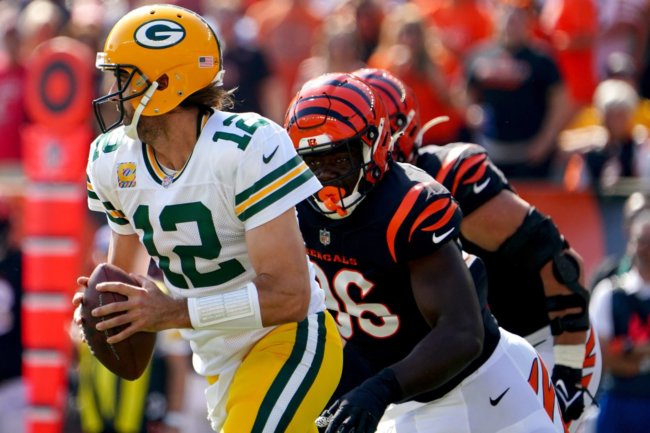 I’d be remiss if I were not to mention the most prolific running QB of the last decade or so. Russell Wilson came into the league lightly regarded in 2012. The Seahawks took a chance on the 5’11” QB when they spent their third round draft pick on him. Since then, Seattle has gone something like 98-48, has been to the Super Bowl twice, and they won it all after the 2013 season.

Russ has been a prolific runner his entire career. His career rushing yardage currently stands at 4,574. His peak year was in 2014, when he rushed 118 times for 849 yards and six TDs. He also had other seasons of 489 or more yards five times, including 83 jaunts for 513 yards last season. However, even before his recent finger injury, which will put him out for six games or so, Wilson’s effectiveness has lessened in the team’s first five games, as he’s had 17 carries, but for only 68 yards.

C’mon Matt, Nathaniel, and Aaron: let’s not forgo such a valuable tool as having the QB pick up yards on the ground when such situations present themselves. You’re not really “all in” if you don’t utilize such a powerful tool. Let, or make, Aaron run, and especially so when games are on the line.