The Packers have for some time been cautious and deliberate when it comes to making key personnel decisions – they have a well-earned reputation for being slow to respond to challenges. Going back 15 to 20 years, the organization has had but one president since 2007. They’ve had just two general managers since 2005, two (non-interim) head coaches since 2006, and two defensive coordinators from 2009 through 2020. The exception has been on the offensive side, where from 2007 to 2021 they’ve had four offensive coordinators: Joe Philbin, Tom Clements, Edgar Bennett, and (from 2019 to the present) Nathaniel Hackett.

The Packers have rather quietly and rather recently entrusted their future to a new wave of football strategists. This post looks at that progression from a wide perspective.

Brian Gutekunst is now in his fourth year as the team’s GM. He represents a vast difference in thinking and personality compared to Ted Thompson, who had the job from 2005 through 2017. Though Gutekunst has come under heavy fire for QB Aaron Rodgers’ present unhappiness, his willingness to take risks in drafting and otherwise acquiring players has featured several notable successes.

Think what you will about the drafting of Jordan Love, Gutey was surely focused on the long-term success of the team – that strategy might well be hailed as a stroke of genius ten years down the road. At any rate, Brian has shown a willingness to do whatever it takes to stack the roster with capable players – unlike Uncle Ted – and this year’s roster appears to be the team’s strongest, across the board, in the past ten years. 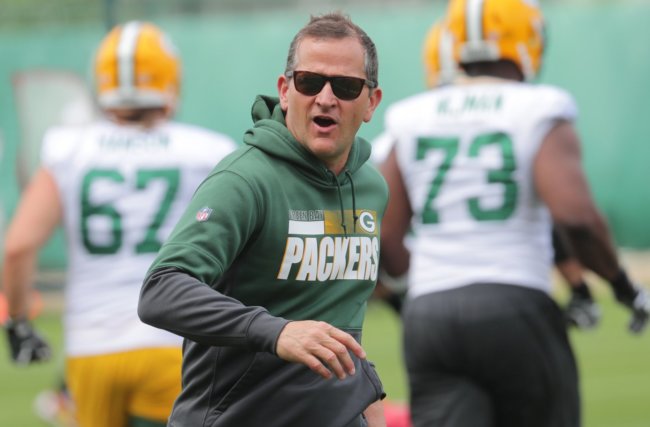 It would be hard to find an NFL defensive coordinator as unexciting as either Dom Capers (2009-2017) or Mike Pettine (2018-2020). Certainly, one cannot fault their experience. In fact each DC had formerly been a head coach: Capers with the Panthers (1995- 98) and Texans (2002-05), and Pettine with the Browns (2014-2015). Their respective head coaching records are 48 and 80, and 10 and 22. My guess is that the two are skilled as tacticians, but don’t possess all the leadership qualities needed to handle all the functions of a head coach.

Respected? Sure. Well liked? I think so. But these two guys were anything but inspirational. Football, whether professional or amateur, and whether with players earning millions of dollars or playing for the fun of it, is still a “game.” In hindsight, I’d have to say that the previous two DCs were not attuned to player motivation – rendering them mediocre, if not downright poor, selections for this many-faceted job. One needs to be on the sidelines, not in the press box, in order to motivate the troops at crunch time.

Joe Barry, who just turned 51, was not greeted with much enthusiasm by Packers fans, simply because his previous stints as a defensive coordinator did not bear fruit. With Detroit in 2007-08, the Lions were dead last in both yards and points surrendered each season; with Washington in 2015-16, the Redskins finished in 28th place in yards given up both years, and went from 17th to 19th in points given up. He was let go after two years by each team.

Las Vegas had its Rat Pack, with Frank, Dean, Sammy, Joey, etc. The NFL has something similar in Mike, Kyle, Sean, Matt, and Joe. Mike Shanahan was the Skins’ head coach from 2010 through 2013. He, along with son Kyle, Matt LaFleur, Sean McVay, and Joe Barry have remained the closest of friends for almost a decade now. I suspect that Matt was very comfortable and delighted over the prospect of Barry joining the Packers. Time will tell if it’s a match made in heaven.

The three OCs who preceded Nathaniel Hackett never drew much criticism at their jobs. Joe Philbin (2011-15) actually left Green Bay to become the Dolphins’ head coach, then returned to the Packers, again as OC (and interim head coach) in 2018. He’s now – and more fittingly – an offensive line coach with the Cowboys. He won 24 games and lost 28 as Miami’s head coach. Philbin shared a lot of the characteristics of GM Ted Thompson. My guess is that the Packers brought Philbin back in 2018 strictly as a temporary measure, and while the team transitioned its offense away from the West Coast model.

Tom Clements is another respected man with a wealth of football experience. He came to the Packers as a quarterbacks coach, and held down that job from 2006 to 2011. I believe he was awarded the OC job due to his tutelage of, and friendship with, Aaron Rodgers. I can’t recall that Clements had any particular innovations or successes while the Pack’s OC. After two years at the job, it seemed the front office eased him out by giving him the title of assistant head coach.

Clements served as assistant HC for two years. He then moved on from Green Bay to become the pass game coordinator and quarterbacks coach for two years under Bruce Ariens in Arizona. In early 2019, there appeared to be only two quality head coaching candidates: Ariens and Matt LaFleur. Each has fared well to date, but especially Ariens at Tampa Bay. The 68-year-old Clements announced his retirement from coaching in January.

From 2005 through 2014, Edgar Bennett was the Packers RB coach for six years and the WR coach for four more years. Unlike the other OCs and DCs, Bennett’s coaching experience was less lengthy and exclusively with the Packers. He went west in 2018, joining the Raiders, where he’s currently their WR coach. As with Clements, Bennett did little that was notable as a coordinator.

Nathaniel Hackett has been a cheerful ray of sunshine for this team. The only worry concerning him is how long he’ll remain here before he’s offered a desirable head coaching job elsewhere. Like LaFleur, at only 41 years old, the two still have a lot to learn, and plenty of time to do so. 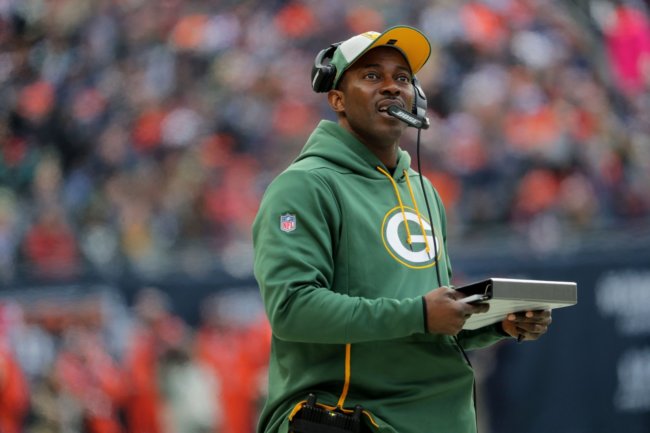 The elevation of Maurice Drayton, from assistant special teams coordinator to head STC is further evidence of the front office’s long-term game plan. Drayton, who is only 44 – held the former job for three years. It’s likely that he’ll be given no more than two years to reverse the fortunes of the special teams. Given that Green Bay’s special teams have been rated near the very bottom of the league for years, this shouldn’t be too difficult a task.

Before Drayton, Matt LaFleur brought back Shawn Mennenga to the NFL. His only previous NFL coaching experience was from 2011 through 2017 as the Browns’ assistant STC. The hiring of the now-50 year old Mennenga was a swing and a miss by LaFleur.

Before that, Ron Zook, who is now 67, was the team’s STC from 2015 through 2017. Zook was a veteran coach, including being a college head coach for 10 years at Florida and Illinois. After some initial success, the team’s special teams plummeted. He’s now a senior analyst at the University of Maryland. Zook was an enthusiastic sideline cheerleader – perhaps he just didn’t have much talent to work with, as the Packers fell to a 7-9 record in his last year here.

It appears that the focal point to all of the team’s above personnel moves has been the changeover in general managers from Thompson to Gutekunst. Brian must have effectively presented his plans to transition to a wide zone offense to President Mark Murphy, who must have eagerly endorsed the strategy.

The selections of Hackett as offensive coordinator already appears to be a resounding success. We must await the results on Barry and Drayton.

Barry and Drayton will be closely monitored – indications are that an impatient front office will expect vast and immediate improvement. It also appears that both coordinators have plenty of manpower to be successful – though this wasn’t the case for the special teams until recently.

In sum, over the past three-plus years the Packers have revamped these four key jobs, bringing in younger, more progressive, more energetic, and more risk-taking people. The newcomers also seem to have been given greater authority and independence than some of their predecessors. In the cases of Capers and Pettine, however, many think those two were given too much independence and too little oversight.

As for Brian Gutekunst, though a bunch of pundits have written that the easy solution to the Aaron Rodgers holdout is firing him, I’d say his job is utterly secure. Mark Murphy has strongly endorsed him, and if what was said above is fairly accurate Gutey is at the very center of the team’s strategic plans and vision. You’ve got to give him a good deal of the credit for the team’s turnaround over the past two seasons. The Pack has an abundance of top talent, which is one of the GM’s most important duties. Another is having vision, and it’s Gutekunst’s vision that’s blazing the trail of this organization.

One caveat: I don’t pretend to know how the team’s front office operates, so I might have missed the mark here or there. I’d welcome the insights of anyone who has a better feel for what goes on behind the (public) scenes.

Previous Article
With Rodgers Absent From Camp, All Eyes on Jordan Love
Next Article
Will We See a Healthy Davante Adams in 2021?