After an offseason filled with speculation about Aaron Rodgers after his disgruntlement with the Packers’ organization, it appears the two have resolved their differences. That is, at least for the time being.

The two sides came in the middle on contract and finances, at least for this season. However, it’s clear that Rodgers won’t completely dismiss the problems he’s had with the team. The nature of the restructured contract puts Rodgers in control as to where he goes after this season. 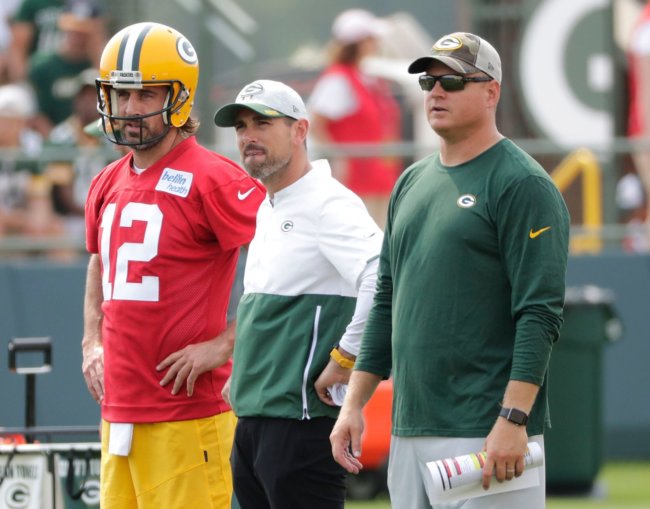 Which teams are the most likely landing spot for Rodgers? Teams in the NFC North would be last on the list with teams that aren’t ready to compete a close second. Let’s run down some possible scenarios for Rodgers in 2022.

This seems like a great fit for Rodgers to team up with Sean Payton. The Saints have a great offensive line, can run the ball to set up the pass, and play half the games in a dome. In addition, it would be a storybook finish for Rodgers to lead the Saints to the Super Bowl just a year after the Drew Brees era.

With Ben Roethlisberger winding down his career with the Steelers, the team has Mason Rudolph and Dwayne Haskins in the wings. But does anyone really think that either can lead the Steelers to the championship? Rodgers could be the answer to combine with a solid running attack. Eventually the Steelers will get their quarterback of the future, but until then, Rodgers is a good fit

This is an intriguing scenario and could work should Russell Wilson and the Seahawks part ways after this year. Rodgers could fit right in and Seattle is not afraid to dishing out the cash for a quarterback. Seattle is more likely to want to go with a proven veteran under coach Pete Carroll than a young gun out of college. This all hinges on whether or not Seattle trades Russell Wilson.

The Raiders have had Derek Carr under center longer than most people anticipated. Let’s face it, Las Vegas is a perfect for superstars and few players fit that better than Rodgers. If the Raiders improve and show they are trying to upgrade their roster to make a run at a title, they could lure Rodgers to the glitz and glamour that Vegas has to offer.

Yes, Tom Brady is still under center and he intends to play past this season. However, injuries are part of the game and perhaps Brady has a change of heart and decides to move on. What better transition than to another future Hall of Fame quarterback? It’s not a top scenario, but should the Buccaneers need a quarterback, it would be a great fit for Rodgers.

Previous Article
Packers Appeasement of Aaron Rodgers May Have Saved 2021
Next Article
Texans vs Packers: The Game That Could Establish the State of the 2021 Season?