Day two of the NFL draft, rounds two and three, are really the money rounds for teams looking to improve by drafting and developing players. The risk/reward gamble for teams is slightly diminished for day two selections. The contract money a team will give a player is less than a round one pick. As important to team salary caps, signing bonuses are also reduced for day two picks. Since signing bonuses are applied to the team’s salary cap equally in each year of the contract, players with smaller salary and signing bonuses can be cut prior to the end of their contracts with limited damage (or dead money) to the team’s salary cap. Teams have the option to give first round picks an optional 5th year extension on their original contract, which is why if you are developing a quarterback, (think Jordan Love) signing that player in the first round as opposed to the second can be beneficial. Especially if you have an aging great quarterback keeping your underling on the bench.

The key to a successful day two of the draft is finding round one level talent in round two and round two talent in round three. The Packers draft history shows a roller coaster of success and failure in these rounds. Elgton Jenkins, Davante Adams, Randall Cobb, Casey Hayward, and Jordy Nelson, stack up as great picks. Josh Jackson, Josh Jones, Jason Spriggs, Quentin Rollins, and Jerel Worthy lead the bust category.

This year, the Packers have real roster needs. Hitting big time players on day two of this draft could lead to a Super Bowl trip. Key needs include center, inside linebacker, Interior defensive line, offensive tackle and cornerback. No Packer fan would object to a game changing wide receiver or a tight end either.

The draft’s second day is always a reflection of the talent available and the positions of need for each team. Analysts in this draft predict that the first round will have five quarterbacks taken. Teams will also rush to pick offensive tackles, cornerbacks and a few wide receivers. Most of the inside linebackers, defensive lineman, tight ends, and running backs should be available.

If the Packers took an offensive tackle in round one, what positions should be their focus on day two? Would they miss out on every quality receiver or tight end? Would they miss on an inside linebacker or corner? Would the defensive lineman all be gone? Will there still be a center available later in the draft?

A review of a couple of three round mock drafts combined with first round mocks can give a fan some interesting insight into how this draft will play out. With the big draft trades already made by San Francisco and the Jets, most analysts are saying 5 QB’s will go in the first 15 picks of the first round. That leaves 27 picks for non-quarterbacks. Every draft has a limited number of sure-fire round one talent and then the draft gets more speculative. A number of pundits are claiming the 2021 draft talent drops around the 18th or 19th pick in round one. That number is increasing with some phenomenal testing numbers coming out of player pro days. Both Georgia cornerbacks, Tyson Campbell and Eric Stokes ran 40’s in the 4.3 range. Stokes ran an unofficial 4.25 time. Those times may be a bit suspect as guard Ben Cleveland dragged his 6’6” 350 pound body across the same time line in 4.85 seconds. Makes you wonder… 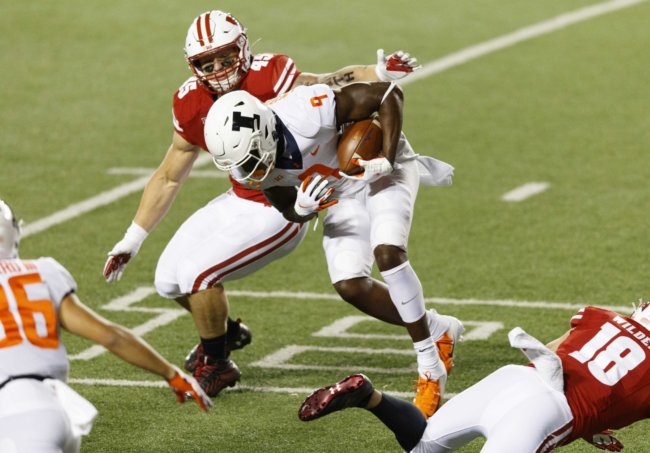 Included in surprising pro day performances were Minnesota Gopher wideout Rashard Bateman who ran a 4.39 forty, TE Kyle Pitts who ran an unofficial 4.46 forty, Purdue WR Rondale Moore who ran a 4.29, CB Jaycee Horn who ran a 4.39 forty and blew up every other test with 99% numbers. Center Creed Humphrey tested impressively and perhaps the most unbelievable test result was WR Josh Imatorbhebhe who had a standing vertical jump of 46.5 inches. The humorous part of that result is it was a fail for Imatorbhebhe as he jumped 47.1 five years ago. That is no misprint. See for yourself:

If you are the Packer GM you have multiple scenarios that might be staring you in face on day two. If you traded up your day two picks may be limited. If you traded down you might have added a day two pick early in round two. Or, you may have stood pat and used your pick on a need, like offensive tackle to ensure Rodger will be protected until Bakhtiari is healthy. In any of these potential scenarios you still will be faced with multiple team needs. This draft has the potential to fall well for the Packers based on their needs. 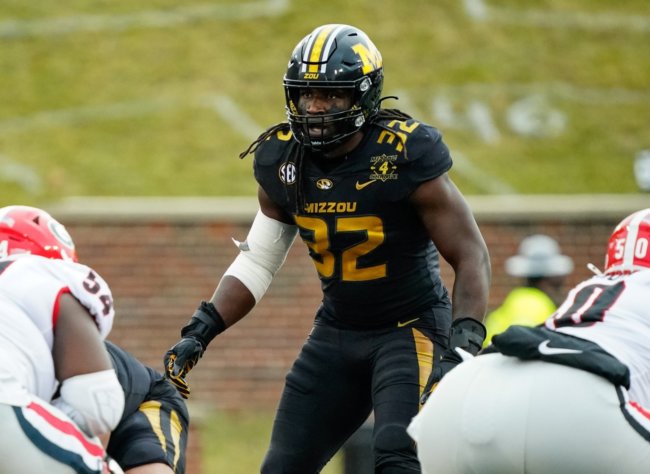 There should be a number of inside linebackers available. The potential list includes: 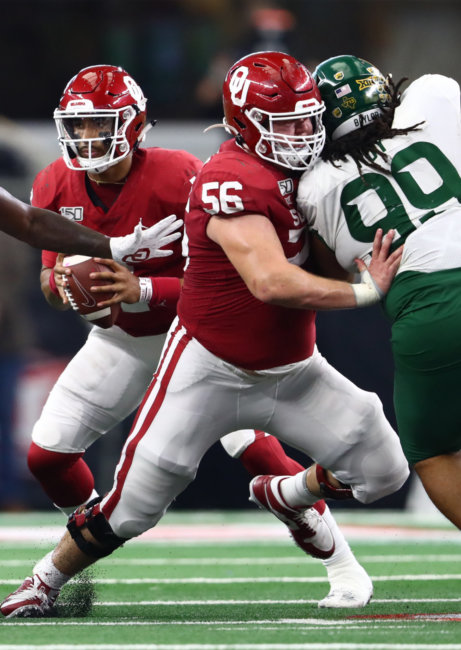 It is possible that every ranked center is available at the beginning of day two. These three lead a list of approximately ten players recognized by most analysts:

If the Packers want to draft a cornerback that could impact as a rookie, they may need to move up in round two if round one focused elsewhere. The Georgia corners have both bounced around in mock drafts since their pro day. They could go off the board middle of round one to early round two.
Jaycee Horn will be long gone. Even if those three players are gone before round two there will be other corners to draft. A Sports Illustrated three round mock had 6 corners drafted in round two and 5 in round three. CBS Sports’ three round mock by Ryan Wilson had 5 corners drafted in round 2 and 4 in round three.

Defensive Tackle has a small number of options (SI had 3 in round two and 2 in round three) but the size and fit of D-lineman limit them even more. In my review of pro day workouts there is always a player or two who excites me and I can’t help but thinking he would be a great fit in a Packer uniform. Milton Williams is that player for the D-tackles. He was a three year starter at Louisiana Tech and at 6’3” /285 pounds ran a 4.61 forty. Add to that a 38.5 vertical jump, 10-1 broad jump, 6.87 three-cone, a 4.25 20 yard shuttle and 34 bench reps at 225 pounds and you have a player who might be able to win a one on one battle in the trenches. For comparison, those numbers are Aaron Donald neighborhood. In 2020 he had 10 TFL’s and 4.5 sacks. He was the target of every team as the player they needed to stop and he still dominated. William’s competition was not NFL caliber and 285 pounds is light for a 3-4 D-End, but he has continued to put on good weight every year at Louisiana Tech. He is 22 years old.

So, which way do you go if you are the Packer’s GM on day two? Fingers crossed the Packer brain trust can pull out a couple of gems on April 30th.

Previous Article
Will the Packers Repeat Their Late Round Trend?
Next Article
Biggest Boom/Bust Picks in 2021 Draft