Every draft has players that seem to have every tool in the proverbial NFL toolkit. Then there are players with the same tools and one heavy piece of baggage, a medical history with a severe injury. On paper, still a can’t miss pick. Size, weight, speed, even highlight reel game tape moments. While some of these players turn into stars, the majority never reach their appointed star status. Many struggle just to see an NFL regular season starting lineup. A smaller group spends their careers in between these two extremes. Bouncing between a starting lineup and the injury report, these players inevitably prevent a team from reaching playoff goals. Derwin James is an unfortunate member of this team. James had a college career cut short by a meniscus tear in his knee. He missed an entire college season with the injury. His final year at Florida State he was a consensus All American and seemed fully healed. The Chargers drafted him with the 17th pick in round one of 2018 draft after the Packers passed him up. The Packers drafted Jaire Alexander with the very next pick.

The Chargers were immediately rewarded with an All-Pro performance in James’ rookie season. Many Packer fans and pundits lamented the Packers passing on James while watching second year Packer Josh Jones struggle to diagnose NFL plays. As the 2021 draft approaches, the Packer pick of Alexander has luckily been rewarded on the field. Alexander is now the All- Pro. James suited up for five games in 2019 and has yet to see the field since tearing the same meniscus in the same knee he injured in college. James’ tale is an oft repeated one in the NFL. If players had significant injuries in a shortened college football season, it increases the likelihood of a shortened NFL career. There is always the Frank Gore exception to the rule, but make no mistake, gambling a first round pick on a player who has missed significant time in college to injury is more likely to lead to a Justin Harrell than a Frank Gore. Paying players to rehab does not win championships.

This year’s draft has a number of boom/bust options that will be available in the draft. A Wisconsin newspaper just released an article on the potential of cornerback Caleb Farley. Farley did not play in 2020. He cited Covid concerns as the reason. Though he did not play, he still recently underwent back surgery. The surgery prevented him from working out this spring for NFL scouts. The article written by the newspaper called his surgery a, “microdiscectomy procedure”. While the first syllable, “micro” might sound small, it describes the operation Farley underwent to relieve a bulging disk in his S1 vertebrae, the lowest vertebrae above the tail bone. Farley admits he has been dealing with the injury and recently “aggravated ” it. He hopes to be ready to participate in training camp. Add to that the 2017 ACL tear that Farley suffered while in college and you have a player with HUGE red flag warnings.

In the aforementioned article, the writer acknowledges Farley’s injury history and his lack of experience at the position (he has only played corner for two years). The article also quotes a draft analyst’s conclusion that Farley struggled tackling and needed to, “get tougher”. The article concludes that if Farley slips to 29, in the first round, the Packers, “could be ready to pounce”. Can any reader name an NFL player who became a tougher tackler after back surgery? Every fan can look back at a couple of picks in every teams draft and scratch their collective heads over a lack of NFL production wondering, what the scouts saw in the player. But name a first or second round pick coming off spinal surgery and most fans will be stumped. It does not happen. It is GM 101: don’t spend big money on broken talent.

This draft has a number of players with significant injury histories that the Packers should stay away from in the early rounds. Late round picks are where you take risks with injuries. The Packers drafting of Simon Stepaniak was a good selection choice for an injured player. A sixth round pick can spend a season on IR behind a seasoned group of veterans. I would hope the Packers have learned their lesson and will stay away from the biggest injury history players on days one and two of the 2021 draft. Besides Farley, a few of the biggest injury risk players this writer hopes the Packers avoid are below: 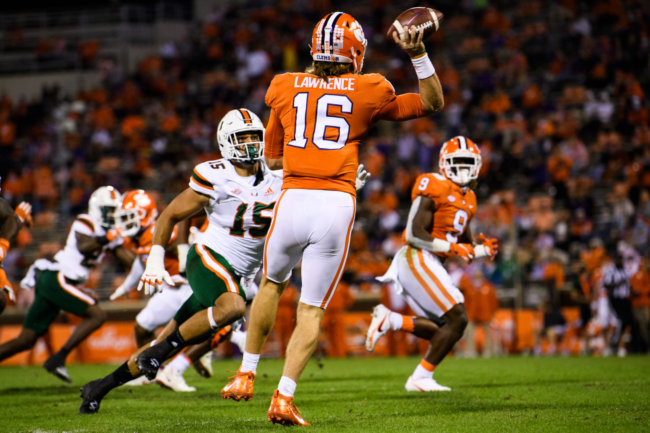 Phillips has incredible physical athleticism but he has already taken a year off from football due to persistent recurring symptoms from multiple concussions. 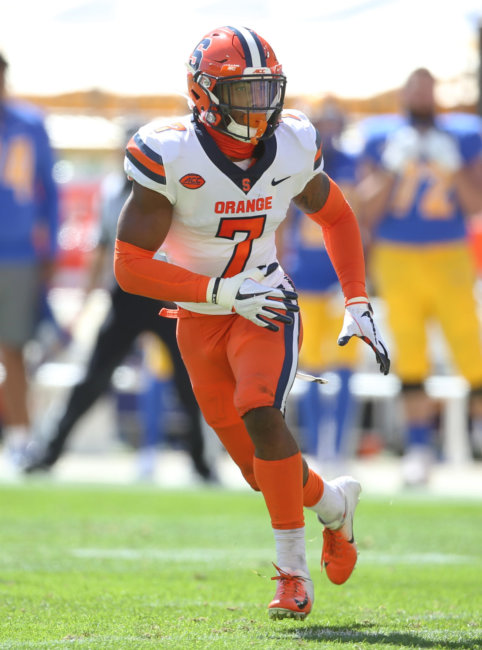 Cisco is still rehabbing an ACL tear. He may miss the entire preseason and could miss regular season action. How the injury affects his play is another big question. 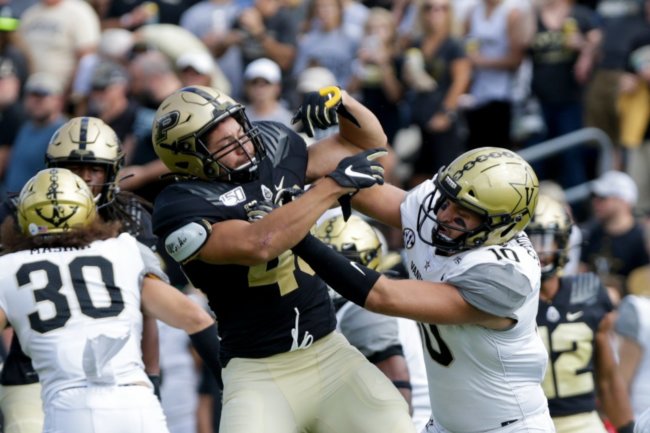 Odeyingbo tore his Achilles’ tendon in predraft training. A potential career ending injury for an Edge player who depends on explosion.

Little is the most intriguing of the group as he displayed starting left tackle potential as a sophomore. Unfortunately his junior season ended in the first game with an injury to his knee. He elected to opt out of 2020 which could mean he needed more time for his knee to mend. At his pro day he ran a 5.28 forty, and a 7.44 3 cone drill and 4.58 short shuttle. If Little were available at the end of round three, I might break all the rules and common sense practices and write his name on the card. I’m sure one of our Total Packer writers would ream me for it and they would be right to do so. Let’s watch to see when the paid GM’s pull the trigger on him.

Previous Article
Packer Mock Draft Options – Day Two
Next Article
2021: Will the Packers Draft Your Favorites? A Bit of Fun Ahead of the Draft