Will Thompson’s last draft cost the Packers another Watt All- Star?

2017 was Ted Thompson’s last draft as Packer General Manager. He held the 29th pick in the first round. Local hero and sack artist T.J. Watt was available. Pundits and Packer fans saw the Watt selection meeting a big need for the Packers. But Thompson traded down. He gave up a player who last year was discussed as a potential NFL defensive player of the year. He received a 2nd round and 4th round pick in return. His two picks, Kevin King and Vince Biegel have not fared as well. King will go down in Packer history as a trivia answer to the question; “What Packer defensive player had the worst performance in the 2020 NFC Championship?” Odds are he has played his last game in a Packer uniform. Biegel, also a local Wisconsin product, played the same position as Watt. Biegel injured his foot as a rookie, which was the beginning of the end of his nonproductive Packer career.

The 2020 Packers came up short of beating the Buccaneers in the NFC Championship. Tom Brady, a brilliant quarterback has a single Achilles heal: Pressure. The Packer defense forced an interception out of Brady from a blitz pressure. But the Packers could muster only 1 sack and 4 QB hits. The sack was by Kenny Clark. The Packers of 2020 had two players the Buccaneers had to game plan for to protect Brady. Clark and Za’Darius Smith. Neither Rashan Gary or Preston Smith require a planned double team to slow their pass rush. Za’Darius Smith and Clark combined for one sack and 2 QB hits. The Buccaneer’s plan was, for the most part, successful. Over the last few years the Packers have never lined up 4 players that struck fear in an offense that they could all stop the run and deliver a fierce pass rush. No matter what defensive front the Packers lined up in 2020, none was as intimidating as the potential of Z. Smith, Clark, T.J. Watt and J.J. Watt lined up side by side.

If the Packers had drafted T.J. Watt in 2017, that front four potentially could be the Packers starting front in 2021. J.J. Watt has been released from the Texans. Wisconsin is still home base for the Watts, but the Packers had to spend big, 16 million a year, for Preston Smith to fill the draft failure of 2017. If that free agent deal had not been made, the Packers would not only have T.J. Watt as a recruiting tool, the Packers might have the financial flexibility to seal the deal. But this fantasy will always remain the type of, “What if ?” scenario that makes losses like the 2020 NFC Championship harder to swallow.

Sometimes it is better not to dream. The reality you awaken to can be a bitter disappointment. 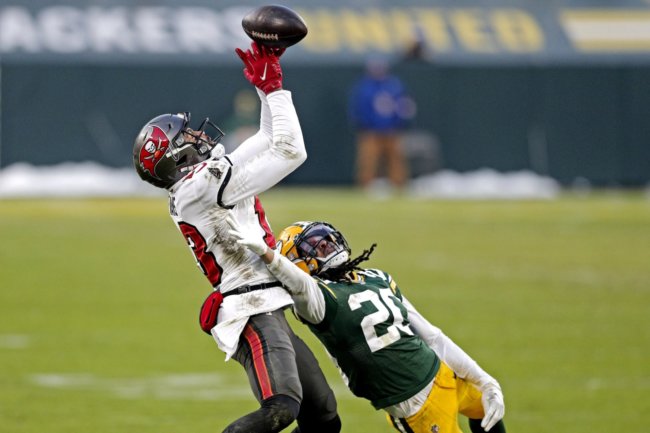 Previous Article
Rodgers’ Quicker Release Won Him the MVP Trophy
Next Article
How Can the NFL Gain Soccer Fans?