Salary Caps, Part Three: Shall We Sign Up Some More Stars

It’s the latter half of February, and the Silly Season is already in full bloom. Though the Packers have to trim $24 million or so from its roster (in view of restructuring Bakhtiari’s deal), pundits are envisioning adding more top NFL talent to the roster. The problem is that we presently have more top talent than we can afford to keep.

Over at Acme Packing, writer Jordan E. Smith has spotted some free agents he thinks the Packers should go after. His first brainstorm is to acquire Allen Robinson, the 27-year-old Bears’ wide receiver. Despite being thrown to by Nick Foles and Mitch Trubisky, Robinson this past season caught 102 balls (6th best), for 1,250 yards (9th best) and six touchdowns. In his seven-year pro career, Robinson he’s accumulated 5,999 passing yards. Pro Football Network rates him as the top free agent WR in 2021.

How will the Packers pay for him? Smith thinks he might work cheap for the chance of hooking up with a top QB. He doesn’t dwell on the fact that Robinson has been a free agent before – the guy who might not care about money got at 3-year deal for $42M last time around. Smith even posits that Robinson might relish being a WR2, which would free him up to getting even more catches while opponents are concentrating on Davante Adams. Sure. 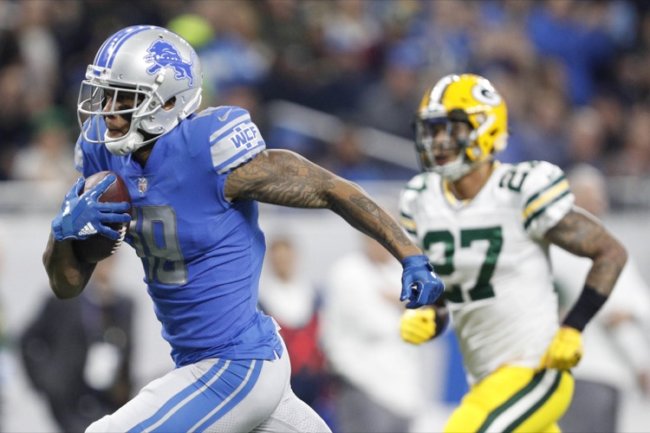 Should Robinson not be willing to work cheap, Smith has another guy in mind: Kenny Golladay, a receiver for the Lions for his four years as a pro. All Galladay has done is topped 1,000 yards in receiving in his second and third years; in 2019 – a season in which he was the league’s top touchdown receiver and was named to the Pro Bowl.

I don’t know Jordan Smith, but his specialty is fantasy football. That would seem to be appropriate.

Not to be outdone, Packers Wire (USA Today) has gone nuts over J.J. Watt. Writer Zach Kruse on February 12 penned over 1,100 words under the headline: “Breaking down if the Packers should sign DL J.J. Watt.” Watt is officially signed through 2021, but he requested that the Texans, release him, and they indicated a willingness to do so. Then that very same day Kruse sent out a second post: “How Packers could get J.J. Watt, and why they probably won’t.”

Still on February 12, another USA Today writer chimed in with this one: “Handicapping the teams that could compete in the J.J. Watt sweepstakes” – this one consumed 1,295 words, and the Packers were thought to be in fifth position.

It turns out the campaign by Packers Wire to get J.J. was just getting started. On February 13, they posted: “Krik Trip and Culver’s are recruiting J.J. Watt back to Wisconsin.” Then on February 14 came: “Report Packers have interest in adding DL J.J. Watt.” The next day’s follow-up was: “How Packers could pitch J.J. Watt on playing in Green Bay.” I haven’t been able to bear checking out the latest from that site.

We’re now less than a month from the opening of the free agent free-for-all. Rather than dealing with myths, let’s explore the reality of how the Packers will likely approach the upcoming free agency hysteria.

I imagine that, like every other NFL team that is over the salary cap, the Packers will have little interest in pursuing FAs who are commanding more than $5 million per season. In the Packers’ case, my guess is that Green Bay will be scouring players who are obtainable for no more than $2 million per season. The Packers priority should and will be adding a few guys as backups at positions in which the team is the thinnest.

Even at that price, it’s possible that the Packers could acquire a free agent who could be a starter, such as at guard or inside linebacker. The dream is that the team could strike gold, as the Buccaneers recently did.

In four playoff games the Bucs’ Leonard Fournette churned out 300 yards, including 89 yards on 16 carries in the Super Bowl. Fournette became a free agent just prior to the 2020 season, and the Bucs signed him up for a year at $2 million. He’s about to become a free agent again.

Unlike with the draft, the prospects of free agents are well known. In most cases they have had four or seven or eight years of playing in the NFL. While undrafted players fresh out of college sometimes turn out to be great finds, you pretty much get what you pay for with veteran free agents.

What quality of player will the Packers likely be looking for when free agency gets underway? My guess is that if the Packers pick up any free agents from other teams, they won’t spend more than $2 million per year.

Seeing most fans aren’t all that familiar with lower-tier players on other teams, here’s a list of players with backgrounds with Green Bay who signed on as free agents (mostly in 2020) along with their ages (mostly current ages), teams, and dollars paid per year – all or almost all of these deals were for one year only:

Very few of the above players provided decent returns to their current teams. Pretty deflating, isn’t it? For the most part, Green Bay will be looking for reliable backups at positions of need. If the Pack gets lucky, maybe they’ll find an ILB, DL, or O-lineman, or two, who can be a capable fill-in in the event of injuries to starting players.

Goodson has been a starting linebacker for the last four years, on three separate NFL teams: the Giants, Packers, and Browns. After being traded, in a swap of seventh-round picks, Goodson was with Green Bay for all of the 2019 season. Though he played sparingly, as was Pettine’s way, he had 37 tackles, was rugged and aggressive, and covered a lot of ground alongside Blake Martinez.

Instead of staying in Green Bay, Goodson signed a one-year deal for $2.4M. It is likely Green Bay was not willing to go that high. However, hindsight tells us the Pack would have been better off, on the field and financially, by re-signing B.J. Goodson. B.J., who has been largely healthy for the last three years, had 91 tackles as a starter with the Browns this past season. Kirksey, who missed five games, wound up with only 72, though he did have two sacks, four passes defended, and two interceptions.

I wouldn’t mind it if the Packers were to sign up free agent Goodson for $2.5 to $3 million per year, and release Kirksey, whose play has never came close to justifying the 2-year $ 13.5M deal Green Bay gave him. The other thing I’d like is for the new defensive coordinator to play two true inside linebackers, Krys Barnes and Goodson on all but likely passing plays. 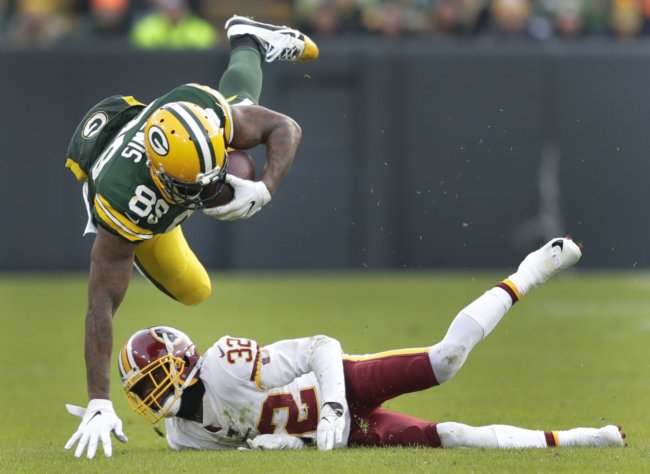 Lewis is a fine blocker, but he’s also only a role player on this team – last season he was on the field for 40.6 percent of the offensive plays. The Packers have two exciting young tight ends, Tonyan and Deguara, who are custom-made for a two-tight-end formation on a Rodgers-led attack. Deguara, a third-round draft pick, really impressed me prior to his season-ending injury.

Packer fans, prepare yourselves for a very quiet free agency period for your team. Not only is the team not in the market for a high-cost new acquisition, I doubt that they’ll even be attracted to anyone in the $4M to $8M range.

While the Packers are not likely to add any quality free agents to the roster, they do have good prospects for doing so at draft time – when the team should have the luxury of having 10 selections, including two each in the fourth, fifth, and sixth rounds.

With their high draft picks, Green Bay needs to acquire players who can start almost immediately – guys like Jaire Alexander, Darnell Savage, Elgton Jenkins, and Rashan Gary. With the rest of the picks, the Packers should look for backups who are better than those we have currently – at safety, cornerback, and defensive lineman in particular.

Next up: Can restructuring of high-priced contracts save the day?