For the next month and a half, much of the talk among Green Bay fans is likely to center on salary caps. Will the NFL keep the cap amount almost the same as in 2020, or will it be reduced slightly or drastically? How can the Packers manage to get their payroll below the limit? Will restructuring – or releases – of any existing contracts be sought? How do things like, bonuses, guaranteed salaries, “dead money,” and cap hits figure into the equation?

I quickly bagged an attempt to lay out some of the ground rules concerning the different types of free agency, compensation possibilities, which parts of a player’s salary are included in the salary cap computation, and so on. It’s complex, confusing, and I’d probably provide more misinformation than useful information. That’s what Howard is for anyway.

One statement that I think is correct is that the league will announce the cap number in mid-March, just before the free agency floodgates are opened.

It’s best I talk in generalities. Even at that, I’m planning on a series of postings on the salary cap subject and on its likely effects on the makeup of the Packers. I’m quite certain that the Packers front office will face a greater challenge in getting the payroll under the salary cap than at any time in at least the previous two decades.

One reason is that GM Ted Thompson, unlike many GMs, was financially conservative, and he always retained a reserve of money in the coffers. The other reason is that GM Brian Gutekunst, rather than undertaking an orderly personnel rebuild, took a gamble in acquiring the Smith Brothers, Adrian Amos, and Billy Turner in 2019. Gutekunst could hardly have anticipated in early 2018 that a coronavirus would cause the league and its teams to fall into a financial recession. 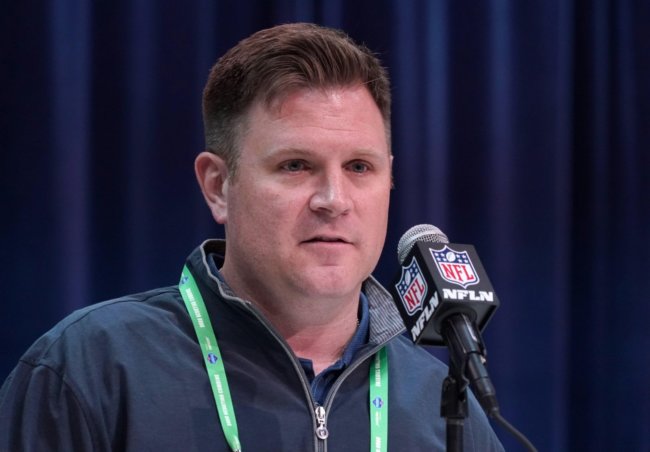 We might as well get the bad news out of the way first. The folks at spotrack.com have the Packers with a current salary cap liability of $31.85M, which is 5th highest. Overthecap.com has the Packers $32.7M in the red. The range among the 32 teams is stunning: Spotrack lists the Saints as being in the worst predicament, as they are nearly $105M over the current cap. The league average is $4.14M of available cap space.

The league’s best situated teams – and this looms as important – are the Jaguars ($69M cap space), Colts ($68M), Jets ($65M), Patriots ($58M), and Bengals (a big drop to $35M). Of the 14 teams that made the playoffs this season, those with the most available cap space are: the Colts (2nd), Washington FT (6th), Buccaneers (7th), Browns (10th), and Ravens (11th). These teams are sitting pretty – with the Colts, who are already playoff caliber – and are going to have buckets full of cash to go after free agents, or make trades.

Here’s why the Packers must fear teams like the Jaguars. Let’s say, for instance, that the Jags wish to acquire a top-notch running back and center. It matters not how badly the Packers want to re-sign Aaron Jones or Corey Lindsley, they’re in no financial position to compete with the Jags. In fact, it’s hard to envision Green Bay able to compete for free agents with any of the 17 teams that currently show a cap surplus.

Of the Packers stars, I would think it’s inevitable that these two will be switching jerseys in March – Lindsley is after all, the best center in the NFL, Jones is a Pro Bowler, and both have credentials and histories that would make almost any team salivate at the prospect of obtaining their services. Any number of other solid players are likely to also wind up on other teams.

Almost all the pundits are predicting, based largely on salary cap concerns, that the Packers roster in 2021 won’t be nearly as strong as it was this past year. Of course they predicted the same thing last year – but this year they really, really mean it.

Something to bear in mind: the Packers might soon have an inferior roster compared to what they presently have, but so will lots of their rivals. The Bears, Lions, and Vikings all have cap liabilities – they rank 10th, 11th, and 12th in terms of highest cap space/liability. Some other powerhouses whose roster talent might decline precipitously: the Bills are 19th on this list; the Titans are 20th; the Chiefs are 25th; the Steelers are 27th, the Rams are 30th, and the Saints are dead last.

On the other hand, a number of the league’s perennial cellar dwellers might well take a leap right into the 2021 playoffs.

Next up: a look at current Green Bay players who have the highest “cap hits.”