The Packers QB Question Is Answered

After his fourth NFC championship loss, Aaron Rodgers made a comment about his future; that nothing in the NFL is guaranteed. A firestorm of pundit responses erupted. Some articles started with trade options for Rodgers, some started with trade options for Jordan Love. One said it was a purposeful, vengeful, strike at Gutekunst for drafting Love. Others just wailed and wrung their hands in a “what will this mean” for the Packers future.

Rodgers took it all in and then chuckled in subsequent interviews at the response. He may have been chuckling, but Rodgers is correct; there are no guarantees. Brady parted ways with Belichick. Thompson parted ways with Favre. Every team replaces players during what we almost euphemistically call, “the NFL off-season.” Even the attainment of every player’s ultimate goal, a track record of consistent high performance at your position, does not guarantee return to your team. “Salary cap casualties” often mean teams must balance the replaceability of a player over on field performance. Corey Linsley is a pro bowler in a contract year, but his performance, while valued by fans and his teammates on the field, may have priced him out of the Packer’s market. Aaron Jones is another example. His hiring a new agent means he wants a resolution to the simple question; “Have I earned a raise?”

Another Packer player, Kevin King, played hurt in a playoff game in a contract year. That tape will not help his agent in negotiations with the Packers or any other team. There is no doubt that the Packers will look at other corners on the free agent and trade market before they double down with the oft- injured King. But replacing an MVP QB in the middle of a 4 year contract? Packer President Mark Murphy summed it up with a phrase that I am sure somewhere down the line he will regret uttering. “We are not idiots.” Not the high water mark most fans are looking for in their team’s brain trust, but it was simply stated and to the point. In 2021, the Packers will rely on Rodgers to man the offense for their championship aspirations. 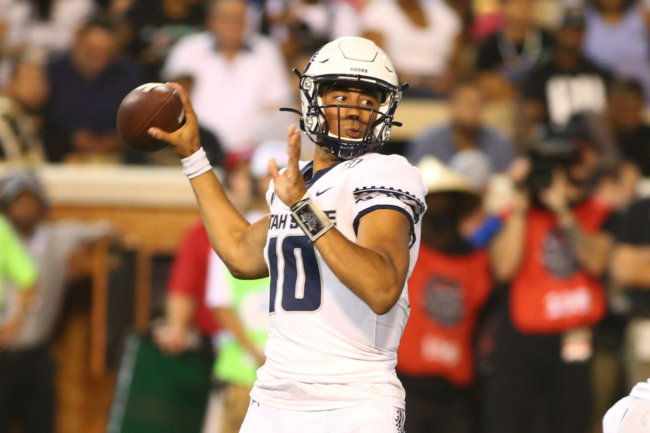 The real question will be 2022 and 2023. Jordan Love will either improve as Rodgers did in his three years of understudy, or the Packers will trade Love and admit the pick was a bust. No other position leads to as many high profile busts as first round QB draft picks. For every Patrick Mahomes, you have a Mitch Trubisky. With Josh Allen, there was Sam Darnold, Josh Rosen, or even Baker Mayfield. There is a big difference in wins between finding an Aaron Rodgers and landing JaMarcus Russell or Jason Campbell or even… Alex Smith. Smith and perhaps Mayfield could be the topic of conversations on player versus team. If a QB is really good, could he raise a mediocre team to greatness.

Could he raise a less than mediocre team to greatness? Can a great team raise a mediocre QB to a Super Bowl? Trent Dilfer and Joe Flacco might not want to admit it but fans have seen it happen. The NFL is packed with average QB’s who start for non-playoff teams. Each year we see these team leaders have good games and think they will raise their level of play, only to see a fall back to average. Kirk Cousins seems to fit in this category. He has won playoff games, but also played poorly in them and lost at least in part due to his poor performances.

In the 2020 offseason there may be a QB that raises the intriguing question again. If a trade of QB’s occurs the answer will be decided on the field in 2021. Is Deshawn Watson a great QB on a poor team or a slightly better than average QB on an average team? He has now requested a trade. Hard for a team leader to come back into a locker room after telling his mates he wants out from under them and the organization. If he is traded, and he performs well, the Texan organization could take a decade to recover. If he is traded and plays poorly having to learn a new offense and a new set of receivers, the pressure he is trying to escape may land fully on his back in ways he may not have anticipated.

Matthew Stafford has put up some great stats for Detroit over 10+ years. He is now 32 and his injuries are piling up. But he can still sling it. How much of the Lions failure was Stafford and how much was the team around him? The 2021 NFL season could bring an interesting answer to that question. But how hard would it be for even an experienced NFL QB to succeed with a new team?

Brett Favre is one example of how a QB can go from one organization to another and succeed. Favre had the luxury of 15 years of NFL experience, multiple MVP’s, a Super Bowl ring and a reputation for being fearless. A fourth quarter comeback QB that rarely saw the potential for defeat. Philip Rivers playoff appearance for the Colts in 2020 proved what a cagey vet can do for a team with a solid defense and decent playmakers.

Watson has a collegiate championship, but does not have the lengthy pro credentials of Favre or Rivers. He does bring 4 years of starting experience with an overall QB passer rating of over 100. His 2020 season had a QBR of 112.4 with 33 touchdowns to only 7 interceptions. Will Watson be traded? If he is traded the Bears, Lions and Vikings should take a good long look at him. His decision could impact a Rodgers led Packer team, or even a future Jordan Love led Packer team. Or it could leave the team that gambles on him in another mediocre malaise. Watson is just one QB that could be on the move. If Brady wins another ring, he could hang up the cleats for good. In the NFL North there is a potential that every team besides the Packers will start a different QB in 2021 than their starter in 2020. The Colts, Patriots, 49ers, WFT, Saints, Broncos, Jaguars, Jets, and Panthers may also be chasing the MVP passer of their dreams.

From the dawning of the 2021 season on March 17th, until the NFL draft is completed on May 1st, the quest for the franchise QB will play out for each team. NFL teams have until March 9th to designate Franchise/Transition players. Until then, the drama of the offseason will continue to percolate. Oh, and I think there is one more game on the schedule. Let me know how that turns out. I plan to shovel my driveway that Sunday.