The predictions that follow (alphabetically) were made prior to the start of this season.

bleacherreport.com had the Packers finishing at 11-5. “The Packers’ opponents combined to go only two games over .500 last year, but half of their road games come against teams that made the postseason. They appear primed for at least some regression in 2020.”

CBS Sports started with the “bold” prediction that no NFC North team would have double-digit wins, and they had the Pack and the Vikings finishing at 9-7. “If there’s one division where it feels like every team took at least a small step back this year, it’s the NFC North. The Packers added zero receiving weapons for Aaron Rodgers.”

Football Power Index, whoever they are, published full 2020 season rankings. They ranked the Packers as #15, and figured they’d win 8.1 games.

NBC Sports went with the Pack to win the division with a 9-7 record. “Arguably the worst division in the NFL, it’s anybody’s game. But in the end, Aaron Rodgers proves to be the difference.” As to the wild card rounds, they had the Cowboys getting the bye, and the Seahawks quickly eliminating the Packers.

Tom Downey and Mitchell Renz of nfl.com predicted a “likely regression” for the Packers, but still had them winning the division at 10-6. The NFL also had several analysts render their own predictions. Adam Schein, for instance, had the Cowboys as #1 NFC seed and Mike McCarthy as Coach of the year.

That analytical behemoth, Pro Football Focus, listed the names of its team of 21 analysts who offered their pre-season predictions. Fifteen of them went with the Pack to win the division; four went with the Lions, and two picked the Vikings. Of the six who passed on the Pack, only two thought they’d be a wild card pick. Only one analyst had the Pack making it as far as the NFC championship game. Here’s how their Super Bowl winner predications went: Chiefs (10), Saints and Ravens (4), Cowboys, Bucs, and Seahawks (1).

The next time you feel like ridiculing PFF, you might bring up this tidbit: seven of their 21 brainy analysts (in the preseason) picked Mike McCarthy as Coach of the year, no one else garnered more than three votes, and none chose Matt LaFleur. Methinks PFF is better at compiling data than they are at forecasting.

profootballnetwork.com had this to say: “This division is really one that has the potential to go in any direction. The Packers marched to a 13-3 record in 2020, but the numbers behind that record are not all that impressive. Therefore, if they see turnover regression, or simply some bad luck, we could see them sink back to the pack. However, to go 13-3 while not playing great statistically demonstrates the potential this team has if they get it right in 2020.” They did, however, pick the Pack to win their division, and the Vikes to be a wild card.

sportingnews.com predicted that the Vikings would win the division with a 10-6 record, followed by the Packers at 9-7. “The Packers’ four-game regression is tied to their overachieving from last season and facing a tougher schedule this season. Matt LaFleur’s offensive identity with Aaron Rodgers won’t catch up on anyone, and the Packers didn’t improve as much as they needed to help Rodgers.

Sports Illustrated had eight guys bracket the entire playoffs prior to the start of the season. Four had the Pack failing to make it to the postseason. Three had the Pack as the #3, #4, or #7 seed in the NFC – and each had them immediately being eliminated. Then there was Andrew Brandt: he had the Packers coming in as the second seed – and proceeding to win it all. Yeah, baby!

vegasinsider.com got off to a bad start by getting the team’s 2019 record wrong: “The Green Bay Packers are coming off an NFC North division championship last season at 12-4. However, Green Bay is not favored to win the division this season as the Minnesota Vikings are the current chalk.” (Note: the Urban Dictionary defines chalk as “describing the favorite, mostly in betting and gambling – am I the only one who didn’t know this?)

WalterFootball.com has been around a long time – probably too long. They even publish the predicted score of each game of the season – prior to the season’s start. They not only had the Pack missing the playoffs, but they had the Vikes starting out the playoffs by beating the Saints (28-27). If anyone cares, they had the Bucs over the Chiefs in the finale, 41-38.

yahoo.com brought us “Peter King’s 2020 NFL Season Predictions,” which got right off to a bad start: “Three tiers for the NFC. One: New Orleans, San Francisco, Seattle, Dallas, Tampa Bay. Two: Minnesota, Philadelphia. Three: Detroit, Green Bay, Arizona, L.A. Rams.” He then adds: “As for the Packers, they did nothing to help a needy receiver corps, and they return the same core on D (minus linebacker Blake Martinez) that allowed 37 points to the Niners twice in the last eight games. King ultimately had the Pack missing the playoffs. 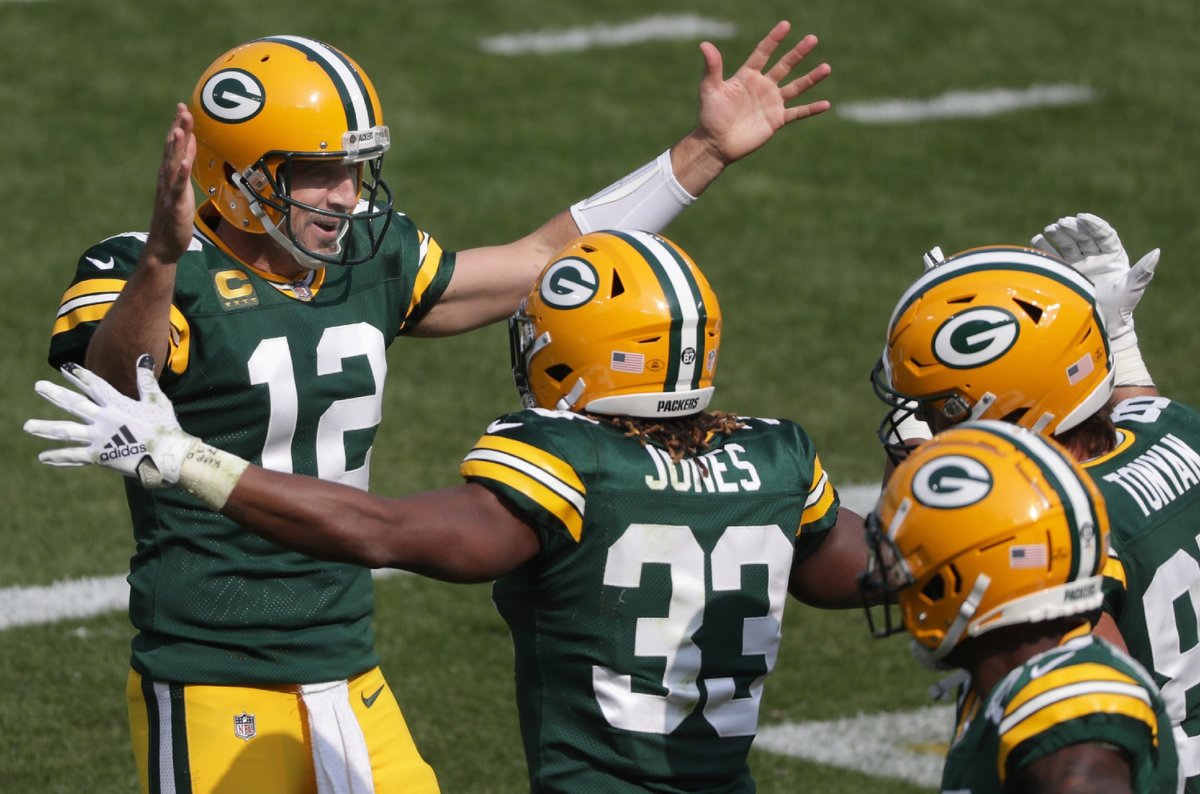 So, who is this Andrew Brandt, about the only national forecaster who did not underestimate Matt LaFleur’s team? He’s associated with several sports media, including ESPN and Sports Illustrated. He has a degree from Stanford and a law degree from Georgetown.

His twitter says: “With over 25 years of experience in professional football, Andrew Brandt is considered one of the top sports media insiders in the industry, bringing credibility, intelligence and experienced insight. As ESPN’s Business and Legal Analyst, Brandt appears regularly on all platforms of ESPN, including “Outside the Lines”, “SportsCenter”, “NFL Insiders” and “NFL Live” and as well as multiple ESPN radio programs.” He also has a degree from Stanford and a law degree from Georgetown.

If the Packers win the trophy, Brandt might be the only person to have made such a preseason prediction – so I’m rooting that he indeed has incredible NFL insights. In fact, I now subscribe to his website.

Previous Article
My Nomination for NFL Coach of the Year: Matthew LaFleur
Next Article
A Deluge of Packers “Stepped Up” This Season