Rising Stars Have Come Out of Nowhere in Packerland

Something quite unexpected has been occurring in recent weeks that must have team GM Brian Gutekunst uttering a sigh of relief. The performance of the Packers’ youthful receivers has been stunning – they are improving, literally by leaps and bounds, before our eyes.

For the most part over the last two decades, Green Bay has relied on obtaining talented players via selecting them high in the draft. All three of their top picks of 2019 are already contributing: Rashan Gary, Darnell Savage, and Elgton Jenkins. The Class of 2017 was also a good one, featuring Aaron Jones, Kevin King, and Jamaal Williams.

The Packers also invested a boatload of money on four free agents in 2019, which has turned out pretty well despite the cost.

What GM Brian Gutekunst and the team’s coaching staff have failed to do though, is turn lightly-regarded collegians into sound NFL players, much less stars. That appears to be changing, however. Undraft-and-develop is suddenly the method that’s producing dividends in Green Bay. 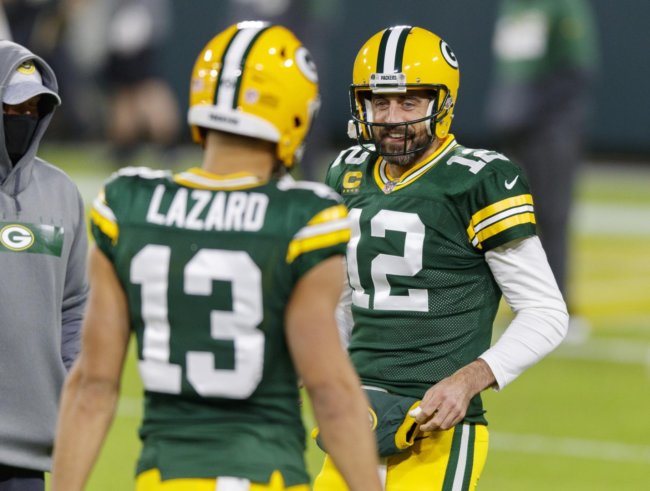 Allen Lazard, who went undrafted out of Iowa State in 2018, has arrived. Though he’s missed almost two months of the season, Rodgers has targeted him at least four times in all five games he’s played, and he’s caught 19 of those 27 throws.

Lazard has continued to expand on the talent he teased us with during the second half of the 2019 season. Rodgers doesn’t hesitate to look his way in key third-down situations or when in the red zone. The offense is noticeably more dangerous when Lazard is on the field.

In the Packers’ first drive against the Bears, when faced with a third and seven, Rodgers hit Allen crossing over the middle, but four yards short of the marker. Lazard simply hurled himself into the air over two defenders and somersaulted his way to the first down. That play is going on my 2020 top-five list of effort plays for the Packers.

Lazard can run all the routes, and his athleticism and desire is apparent on almost every play. He’s also got a large catch radius. The 24-year-old would have been a worthwhile round-two or round-three pick – to get him as an undrafted free agent was a stroke of good fortune. 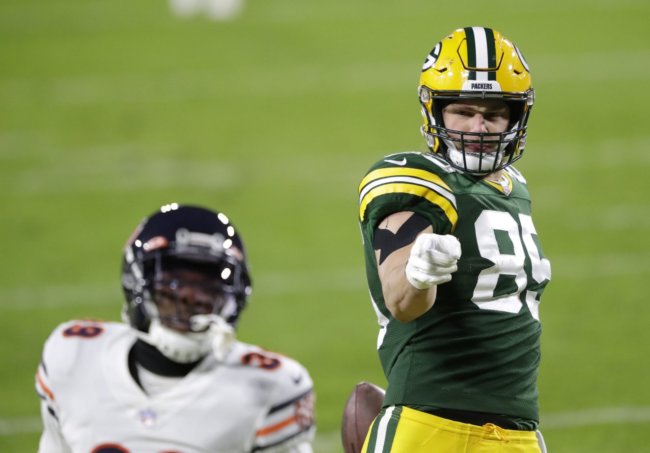 My other under-the-radar rising star is Robert Tonyan. It’s taken a little longer for Big Bob, who went undrafted out of Indiana State in 2017, but he’s firmly worked his way into the starting lineup this season. How far has Tonyan come in so short a time? In his two prior seasons, Big Bob had only 14 catches and he had fewer than 200 yards of production. As with Lazard, Rodgers has gone to him on many key plays. To date in 2020, Tonyan has caught 37 of the 42 balls that have been thrown his way – a remarkable percentage, especially considering that the duo has hooked up on several deep balls. Tonyan has averaged an outstanding 12.4 yards per reception on the season.

Last week Paul Noonan did a post titled “Robert Tonyan is playing like the best tight end in the NFC this season.” He proceeded to back up his lofty claim pretty well. Tonyan isn’t among the leading tight ends in terms of total yardage gained, but for those who follow “advance rankings” (I don’t), Noonan said his DYAR tight end ranking was second to Travis Kelce, and his DVOA ranking was at the top of the list.

Tonyan had what’s becoming a typical game against the Bears: five targets, five catches, for 67 yards, and including a 39-yard touchdown catch after beating safety Eddie Jackson, a first-team All Pro in 2018. Even though his playing time has been somewhat limited, Tonyan’s seven TD catches has him tied with two other tight ends for tops in the league. The guy always seems to be open, and he does indeed have a big, imposing, and muscular physique – but he’s also agile.

After three years of raining heavy criticism on Gutey for not supplying Rodgers with top-notch receivers, I’m prepared to say that the current grouping of Davante Adams, Allen Lazard, Marquez Valdes-Scantling, and tight end Robert Tonyan, are among the best such foursomes in the league. It’s flabbergasting, but it’s true.

Though the Packers might seem to lack depth after the above group (though not so much at tight end), I won’t be surprised if yet another non-drafted receiver follows in the footsteps of Lazard and Tonyan. Like his mates, Malik Taylor, who went undrafted out of Division II Ferris State in 2019, has the look of a solid professional – he too has plenty of size, good speed (4.48 dash time), and lots of athleticism. 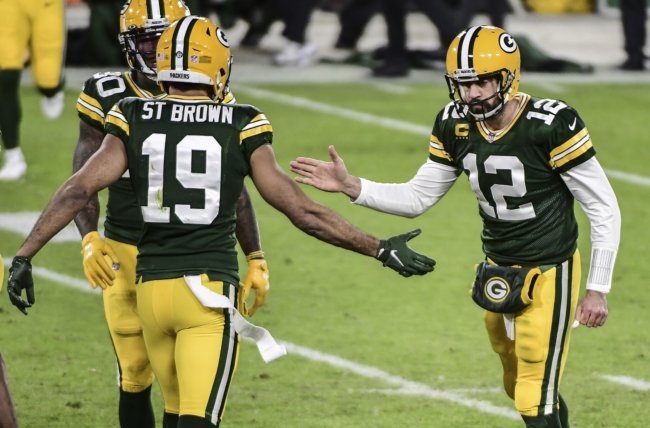 Nor should we write off Equanimeous St. Brown, who has made the most of his brief appearances in the past two games: he’s caught three of three targets, for just over 20 yards gained per catch – and twice he has on his own gotten extra yardage after the catches.

Just a month ago, there were mounting calls for Gutekunst to be replaced. These were based mostly on his inability to provide his quarterback with talented receivers, and his defense with talented run-stopping linebackers.

In light of the recent play of these uncelebrated Packers receivers, however, I’d say Gutekunst’s future as GM is suddenly looking very secure. Now, if he and the coaching staff could only unearth a capable inside linebacker, or two. . .

Previous Article
Nothing Like a Bear Beatdown to Bring Thanksgiving Smiles to Lambeau
Next Article
How Do Most Popular Football Players Earn Money?