by Paul Edwards
in Articles & Analysis, News and Rumors
25

Davante Adams took his second catch of the game to the house to break Don Hutson’s consecutive TD pass record that has stood for over 70 years. If you are part of a Packer team that is erasing a record set by Don Hutson, you need to win the game. The Packers did just that at Ford Field.

Aaron Rodgers started the game with 9 straight completions, including two touchdown passes. Both TD passes were highlight reel catches. Adam’s TD had a nice catch, move and run through the Detroit secondary. The second TD could have been the best catch Marquez Valdes-Scantling has made in his career. Rodgers threw the pass behind MVS. Valdes-Scantling turned back for the ball, took contact from the defensive back prior to the catch, picked the pass cleanly out of the air with his hands, and was able to control the catch despite attempts to strip him.

The defense gave up some long drives but also came up with four sacks and just enough stops to win the game. Matthew Stafford is a quality QB. His deep throw accuracy, however, did not match Aaron Rodgers on Sunday. Still, given time, Stafford can pick a good defense apart. With the struggles the Lion’s offensive line had against the Packers it is hard to understand why they could not find the money to resign Rick Wagner who started for the Packers and played every snap at right tackle, allowing Rodgers to again stay clean with a no sack game.

While we could grumble for multiple paragraphs about the defense giving up long drives or another special teams gaffe that required Mason Crosby to force the returner out of bounds, Packer fans need to step back and view the NFL landscape. New Orleans was just beaten by the lowly Eagles. The Vikings lost to Tampa Bay. Those two games put the Packers atop the NFC.

There are three games to play and only Tennessee has a winning record. Up next, the Carolina Panthers. 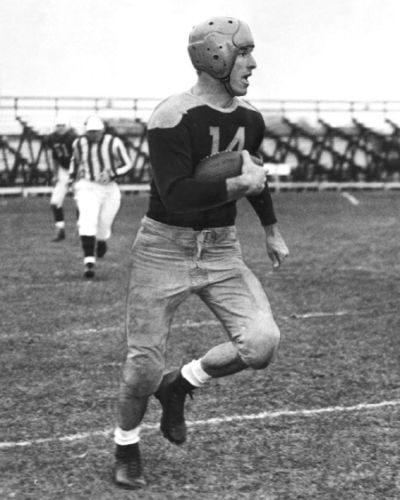 As a tribute to one of, if not the all time, best Packer player to ever put on a uniform, included in this article is a short review of the 11 year career that Don Hutson contributed to the Packers and the NFL. The “Alabama Antelope” as he was called, literally changed the NFL game of football. He played both ways and he was the kicker on special teams. In 1940 he led the entire league with six interceptions. In 1943 he intercepted 8 passes in only 10 games. He led the league in extra points made in three of his eleven seasons and led in field goals made in another. But his longest lasting records would come as a wide receiver.

Don Hutson’s first catch as a Packer in his first game start was an 83 yard touchdown. It was the first of 99 career receiving touchdowns, a career record that stood for 44 years. Before he reached the second half of his career he owned every receiving record in the NFL. He also helped bring an NFL championship to Green Bay in his second season. In his 11 year career he would celebrate two more in Titletown. He was the league MVP in 1941 and 1942. He totaled 105 touchdowns in his career, 99 passes, 3 rushing, one interception return and two on blocked punts.

One of the historic ironies of Hutson’s Packer records is that they almost never happened in Lambeau. When Hutson came out of college there was no NFL draft. Hutson actually signed contracts with the Packers and the Brooklyn Dodger Football Team. . Hutson donned a Packer uniform thanks to a ruling by the then NFL President who declared Hutson a Packer because his Packer contract was signed a few minutes earlier. The Dodgers ran a run based offense. The Packer’s Curly Lambeau scheme was pass happy. Luckily, the greatest receiver of his generation found the perfect offense for his talents to blossom into record after record.

Below is a list of some of the records that, according to Packer Wiki, Hutson still holds: