Packer fans are undoubtedly apprehensive about Sunday’s game against the Titans. All the same, we should look forward to a clash of two of the league’s best teams. It shapes up to be a pretty equal matchup, and with plenty at stake for each team.

But it won’t only be a contest between just the on-field combatants: it’s a faceoff between two of the league’s top young coaches – and their staffs.

Coach Matt LaFleur has only gotten better, and seemingly in almost all phases of the job, in just his second year as the head man. He’s got his team playing cohesively, and at a high level. He keeps winning despite getting next to no help from general manager Brian Gutekunst and his peculiar draft selections last March.

LaFleur’s play calling has for the most part been exceptional. I feel it’s the primary reason that, twenty-four games into the job, Matt has an 80% win rate – few thought he could approach his rookie success, but two more wins would match his 13-3 regular season record of a year ago. More on Matt and his charges in a moment. 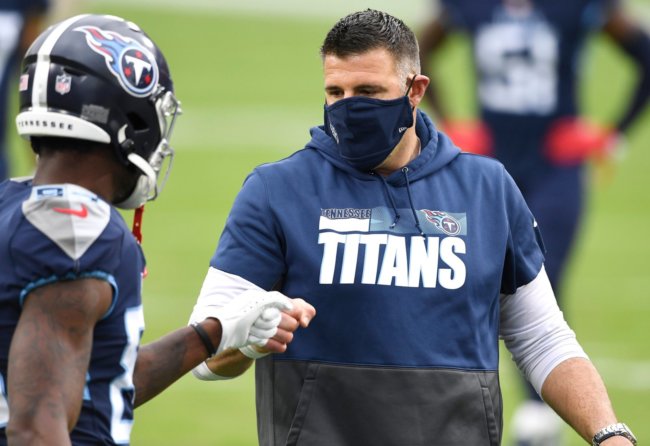 Opposing LaFleur in the strategy competition is Mike Vrabel, who was selected to be an NFL head coach one year ahead of Matt. The 45-year-old Vrabel actually has the more notable history, particularly as both a college and a pro player.

Vrabel has had the luxury of being a member of top-notch outfits throughout his 14-year NFL playing career. Before that, he spent four years (1993-96) as a defensive end at Ohio State. Along the way, he was named the Big Ten Defensive Lineman of the Year in both 1995 and 1996, and he was chosen as a consensus first-team All-American in his final year.

Though LaFleur didn’t hold a candle to Vrabel as a player, he’s gotten off to a faster start as a head coach. In 2018, Vrabel went 9-7 and finished 3rd in the AFC South division. In his second season, he had the identical record, and moved up to second in the AFC South. To date this season, he sits at 10-4, tied at the top of the division with the Colts. Overall, his win percentage with the Titans is .609.

Vrabel and his team was one of the big surprises in the NFL a year ago. They played well in three challenging postseason games a year ago. First they handled New England, 20-13, and next they vanquished Baltimore, by a 28 to 12 score. The dream ended when they succumbed to the Chiefs, 35-24, in the AFC championship game.

Vrabel and LaFleur are both in the discussion for being named NFL Coach of the Year this season. On Sunday, it shapes up to be a battle of wits between these two fast-rising coaching phenoms. 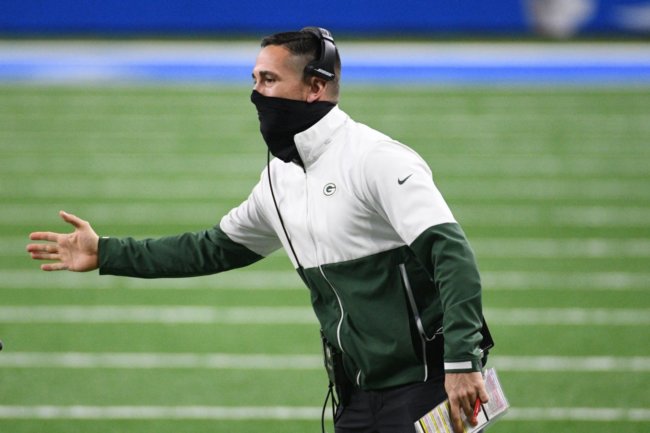 Getting back to Coach Matt, he’s often sounded the theme that he tries to put his players in positions where they can be successful. These comments might sound like typical interview boilerplate, and Matt’s hardly the first to utter such generalities. But lo and behold, he seems to be applying the idea everywhere he can.

How else does one explain how many guys have outperformed expectations this season?

Who would have thought back in August that fans would be howling over Robert Tonyan not being named to the Pro Bowl team? It’s become pretty obvious that LaFleur, and undoubtedly offensive coordinator Nathaniel Hackett and TE coach Justin Outten as well, determined that Big Bob had the qualities to be a valuable Red Zone target. Ten touchdowns later, that theory has been borne out.

After three years, didn’t it appear that running back Jamaal Williams could do a lot of things okay, but was at best a role player? Though he’s battled some injuries of late, Jamaal has had his best year ever – the offense doesn’t drop off much when Aaron Jones is given a breather.

Allen Lazard’s career production chart looks like that infamous hockey stick graph. He’s very quickly gone from being an occasional target to one that Aaron Rodgers favors when the team is facing a third down. His progress has occurred so rapidly that we tend to take for granted that he’s filled a hole that everyone perceived existed at wide receiver at the start of the season.

Then there’s Marquez Valdes-Scantling. Sure, we can’t describe him as reliable, as shown by the fact that in two of the last five games he’s not caught a pass. However, in the other three games he’s totaled 14 catches, and they accounted for 289 yards and two touchdowns. On the year, MVS has already well surpassed his numbers from 2019: 31 vs. 26 receptions, 603 vs. 452 yards, and 5 vs. 2 touchdowns. In 2020, MVS has established that he’s more than just a deep threat – I’d say that overall MVS has had a successful season. 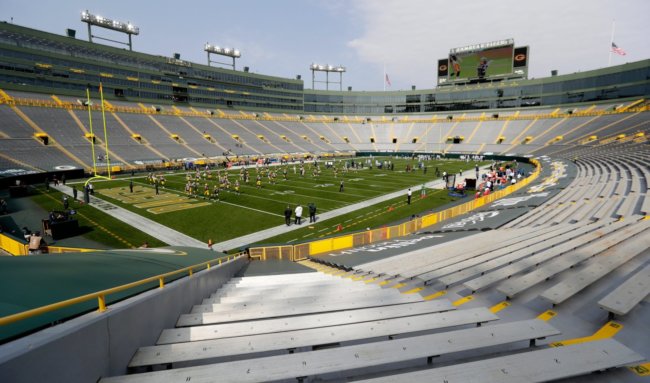 Green Bay Packers players warm up in an empty stadium before their home opener against the Detroit Lions on Sunday. No fans were allowed inside Lambeau Field due to the coronavirus pandemic.
MAIN Gpg Lambeaunofans 092020 Sk25

How about that other wideout, Davante Adams? If you thought he was at the peak of his career heading into 2020, you were wrong. Though he’s missed two games, and with two games remaining, he’s already approaching his best year ever in terms of catches and yardage, and he’s surpassed his previous best in touchdowns, with 14. The coaches have used every ploy imaginable to aid him in finding open space.

As for the offensive line, there were some doubts going into 2020. Yet look at how well the O-line has played. Billy Turner and Rick Wagner have been very pleasant surprises, Elgton Jenkins has somehow gotten even better than he was as a rookie, and the other two starters, Bakhtiari and Linsley, continue to be the league’s best at their positions. Much of this progress has been due to an entirely different blocking approach that LaFleur installed after McCarthy departed.

On defense, both Jaire Alexander and Darnell Savage have been given more leeway on how they play, and it has produced dividends. The same can be said of Adrian Amos, who might be the team’s most improved defensive player.

The toughness and athleticism that youngsters Krys Barnes and Kamal Martin have displayed of late has been gratifying. Had Barnes not missed four games, and Martin seven, we’d likely be more aware of the contributions they’ve made at patching up the team’s run-stop shortcomings. By the way, the Pack currently sits in 11th place in least rushing yardage surrendered (110.1/game), whereas last season they finished in a tie for 23rd place (120.1/game). We’ll soon see how they’ll do against Derrick Henry.

How about the Packers’ pass rushing ability this year? Do you think it’s better or worse? While the Smith Brothers are not feasting on sacks like they were a year ago, the overall team stats might surprise you. To date this year, the Packers have the 9th most sacks (38); last year the team finished tied in 15th place with 41. As to “hurries,” the current group has recorded 44 so far, putting them in a tie for 24th place; last year they totaled 46 hurries, good for only a tie for 28th place. That’s progress.

The stats seem to be saying that while the Smiths’ pass-rushing ability has lessened, the conglomerate of Kenny Clark, Rashan Gary, Dean Lowry, Tyler Lancaster, and Kingsley Keke are putting more pressure on quarterbacks than last year’s other guys. Once again, it appears that the coaches are putting the team’s less-renowned pass rushers in better positions to harass opposing quarterbacks.

In Roman times, a centurion was a military officer in charge of a group of approximately 100 warriors. On Sunday evening we’ll get a feel for whether Matt LaFleur or Mike Vrabel has done the better job of preparing his troops for battle.