The NFL team with the shittiest fanbase will visit Lambeau today; but thankfully, their cretin fans will not be allowed to attend due to COVID-19 restrictions still being in place at the stadium.

However, the Eagles will bring with them the stench that is the NFC East — a division with *checks notes* the New York fucking Giants on top with a 4-7 record. Mike McCarthy deserves to waddle in that cesspool of a division.

This game is important for the Packers since, at 8-3, they are still in close competition with the Saints(9-2) and the Seahawks(8-3) for the #1 playoff seed. The Saints recently lost QB Drew Brees to an injury, but the rest of their schedule is looking pretty relaxed as far as opponents go with the exception of a matchup against the 10-1 Chiefs.

Working against the Packers right now is the fact that C Corey Linsley was placed on Injured Reserve following a knee injury suffered last week against the Chicago Bears. Coach LaFleur has indicated that Linsley is still expected to participate in the playoffs. Linsley is currently tied at 5th in the league by ESPN for pass block win rate at 96.1%. 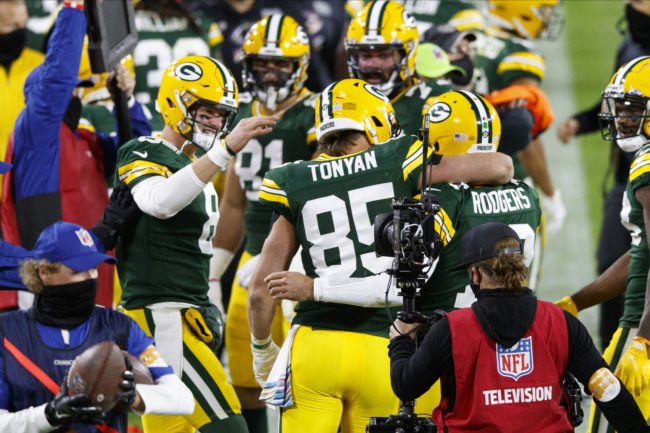