After some doubt surrounding the game following COVID-19 positive detections on both the Packers and the 49ers, it looks like the game is officially a go. It all started recently when it was announced that RB AJ Dillon tested positive and was placed on the reserve/COVID-19 list. Due to close contact, RB Jamaal Williams and LB Kamal Martin were added to the list the following day. Then the 49ers announced that WR Kendrick Bourne had tested positive and would be added to their own COVID list. Due to close contact, WR Deebo Samuel, WR Brandon Aiyuk, and OT Trent Williams were added to their list as well.

Despite an endorsement for the incumbent from renowned political analyst Brett Favre, the election is still being counted and very close so this is exactly what America needs to get their minds off of it.

Much like the Packers, but arguably even more so, the San Francisco 49ers’ 2020 season has been marred by injuries to several of their key players. While it is sort of a rematch of last year’s post-season rematch, the personnel on the field will be a bit different. Even so, it’s still gonna be the same Matt LaFleur vs Kyle Shanahan battle royale it was last season. These two relatively young coaches have a long history together and represent the top of young new coaching talent currently in the National Football League. Both teams are coming off of a loss and are obviously hungry for a win.

Packers RB Aaron Jones is currently a game-time decision, but even if he does play, his capacity is likely to be limited. 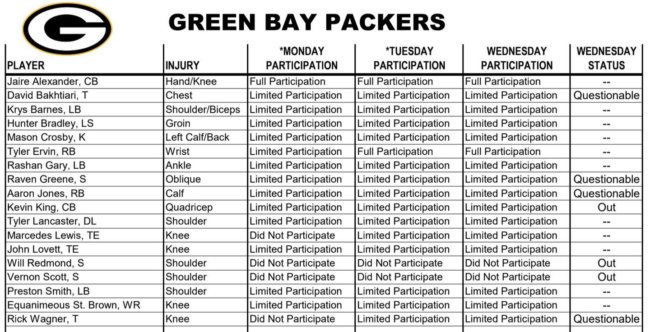 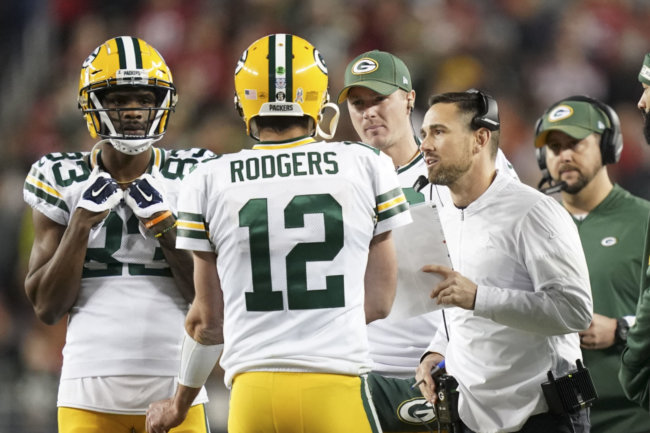