by Jason Parker
in Articles & Analysis, News and Rumors
17

Coming off a disappointing road loss to the Colts, the Packers are back at Lambeau to hopefully vent their frustrations on a mediocre group of players that call themselves the Chicago Bears. This is the Pack’s first NFC North matchup since falling to the Vikings in early November.

The Bears are on a four game losing streak, but are in second behind the Packers in NFC North due to the division being a bit lacking this season. QB Mitch Trubisky is expected to start so L5 could be in their future if the Pack can play some defense tonight.

No one followed up on their death threats, so MVS should be playing tonight. WR Davante Adams is coming in healthy as he and Aaron Rodgers are both ranked #1 by PFF for their respective positions.

While the temperatures are expected to be close to freezing, we won’t see any frozen tundra tonight. The chilly temps should awaken the Packers’ run game led by RB Aaron Jones 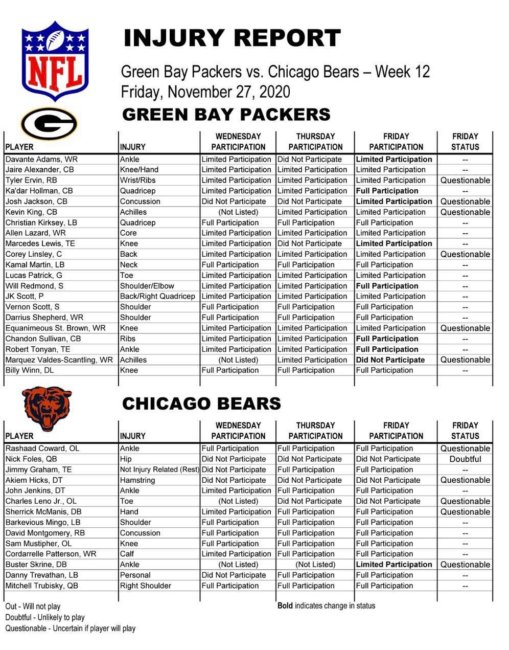 Should the Packers Pursue Kenny Stills?

Nothing Like a Bear Beatdown to Bring Thanksgiving Smiles to Lambeau

Nothing Like a Bear Beatdown to Bring Thanksgiving Smiles to Lambeau