by Jason Parker
in News and Rumors
25

The timid Jacksonville Jaguars will limp into an empty Lambeau Field today to face the Packers to receive their 8th loss in a row after managing to top the Colts in week 1. As an added bonus, we will have John Kuhn reporting on the sideline.

The weather will be cold, windy, and generally shitty with temperatures in the upper 30s. 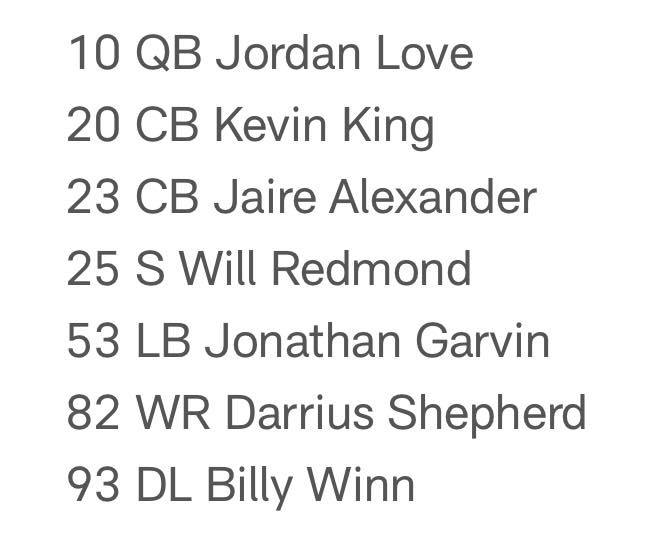 CBs Jaire Alexander & Kevin King are out for #Packers vs. Jaguars.

This will be the fifth missed game for CB Kevin King although the absence of CB Jaire Alexander will be the greater felt of the two. 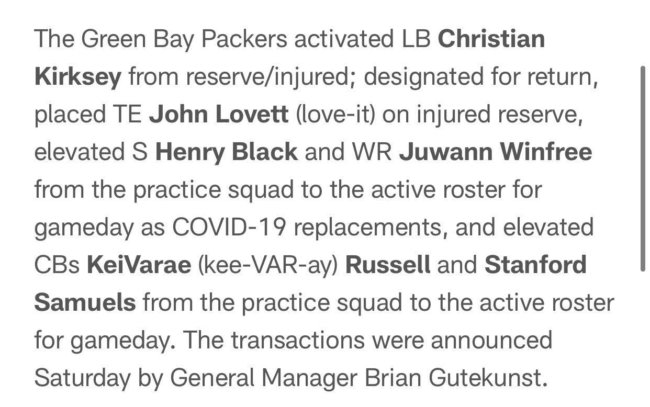 WR Allen Lazard will not be playing and will miss the remainder of the season if he is not activated on Monday — however, the team has indicated that he likely will be activated on Monday. Meanwhile, LB Christian Kirksey will be making his return today after being placed on injured reserve for a pectoral injury in early October.

#Packers WR Allen Lazard, who did not practice today as he tries to come back from core muscle surgery, is still dealing with soreness, I’m told. No setback. But sounds like the team will be cautious and this may not be week he returns. If not, expect him back next week.