This victory was supposed to taste sweet. Admittedly, there are no excuses that determine playoff rankings in the NFL. This win could help the Packers with playoff seeding. So why do Packer fans feel this win lacks the taste they have been craving?

The Packer first team defense kept the Niner’s out of the end zone. The offense was only stopped by one third down drop and a pass interference call that was missed by the referees on Davante Adams. This was a game of total domination. Aaron Jones played well early and Aaron Rogers to Davante Adams repeatedly burned the patchwork San Francisco defense. LaFleur was imaginative with Tyler Ervin in the run and pass game. The Packer defense created turnovers and stops and the team is now 6-2. The Packers even got to play their second team defense and let FB John Lovett run wild in the 4th quarter. Finally, fans could relax and enjoy an easy win. So what is missing? The hard thing to determine from this victory is whether the Packers improved in any phase of the game.

When the 2020 schedule was announced, the Packers looked to be bitten by the NFL scheduler when this game was announced as a Thursday night travel game against the defending NFC champs. That scheduler could not have predicted that injuries and Covid would reduce the 2020 49ers to a group of strike season players from 1987, not the dominant 49er team from last year’s NFC Championship. Packer fans will take the win, but most had circled this game as the ultimate litmus test for the Packers. Instead of feeling the joy of beating a team that dominated them last year, this game left fans feeling like they paid top dollar for seats at a play, and just before the it began, an announcement from the loudspeaker told them that the understudies will replace the stars of the show. 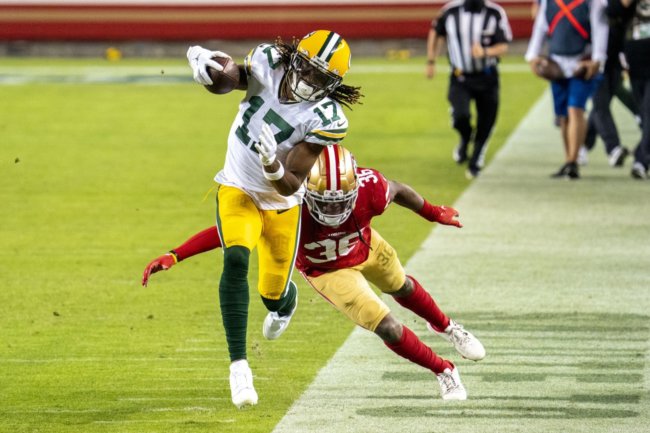 The biggest question going forward may be which Packer starters will be ready in ten days to face the Jaguars. Injuries to Rick Wagner, Krys Barnes, and Jaire Alexander, leave the Packers with roster questions that will probably not be answered till Sunday, November 15th. The saddest injury may have been to Dexter Williams who finally had a chance to put down some good film and was injured after only a few plays.

The Jaguars have their holes, but the Packers face the Colts and the Eagles after the Jaguars and both teams have good defenses and enough offense to test the Packers. While 6-2 keeps the Packers division leaders, there are opponents coming that will test the Championship potential of this Packer team that could not be determined by this win. But this weekend, it is time to celebrate. R-E-L-A-X — and enjoy the victory.