Like a plot twist in a cheesy television soap opera, Aaron Jones’ brother, Alvin Jones, will be working out with the team pending clearance of COVID-19 protocol. This is according to a few different sources this week.

The Packers will workout Aaron Jones' twin brother, Alvin, as soon as he clears COVID quarantprotocol. The LB is recovered from the hamstring injury that ended his time with the Ravens last year.

"I’m glad he’s going to get his opportunity and get a… https://t.co/8Dvh9CX5el

As a sixth round pick in 2017, Jones’ performance at running back has paid off in dividends. Perhaps the Packers see more hidden value in his brother, Alvin Jones — a free agent who played linebacker at the University of Texas at El Paso along with his brother. He signed with the Baltimore Ravens in 2018 as an undrafted free agent. Soon after, he was placed on injured reserve and then released and resigned to the practice squad.

Jones is a fraternal twin meaning he shares 50% of his DNA with his brother Aaron. Both of their parents were NCOs in the US Army — so they likely share the same discipline and work ethic. They have been close their whole lives, often sharing the same room as their family moved from Georgia to Germany to Tennessee and then Texas. They were even roommates together when attending UTEP.

While it’s a feel good story, the likelihood of Alvin joining more than just the practice squad is probably pretty low. Alvin’s presence on the team could possibly help Aaron decide to take a more team-friendly deal down the line… 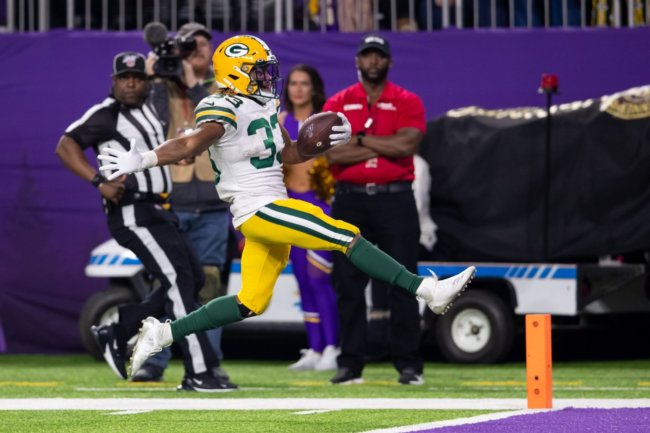