Unlike last year’s slow start on offense, the Packers have shown a lot of improvement and early momentum in the season offensively the first two weeks. Traveling to New Orleans to face the Saints on the road will be an important early season test for the team. The Saints are a 3pt favorite over the Packers, but with homefield advantage, it about evens out.

If anything, it’s really the Saints with something to prove tonight. While the Packers have gotten off to an admirable 2-0 start, the Saints’ 1-1 performance so far has been below their capability as far as talent goes. Either way, it should be an offensive shootout with neither teams’ defenses being particularly hot at the moment.

Despite putting up 300+ yards in passing, QB Drew Brees failed to lead the New Orleans Saints to victory against the Las Vegas Raiders in what was a christening of the Raiders’ new stadium. Brees will not have his top receiver, Michael Thomas, for week 3 as he is rumored to not be returning until week 4 since the Saints did not place him on Injured Reserve. Thomas suffered a high ankle sprain in week 1 against division rival Tamba Bay.

WR Davante Adams’ participation is still up in the air after he injured a hamstring last week against the Detroit Lions in the second half. Adams had three receptions for 36-yards in week 2 which was a far cry from his week 1 performance of 156-yards and 2 touchdowns against the Minnesota Vikings. WR Darrius Sheppard was moved up from the practice squad to the roster to help improve depth with Adams’ potential absence. RB Aaron Jones has also proved himself a very capable receiver for Rodgers when needed.

Per Adam Schefter, Davante Adams’ participation will be a game time decision:

Packers will give WR Davante Adams up until game time Sunday night to try to recover from his hamstring injury and prove he can play against the Saints, per source. Adams remains doubtful, but the Packers are not giving up all hope yet and plan to test him pregame.

Gonna agree with ProFootballDoc and say that Adams will probably not be playing today, if past history is any indicator:

My feeling has been the @packers stay true to their conservative medical core where caution reigns. Have expected #DavanteAdams to sit this week.

On the defensive side, Rashan Gary is looking to prove his worth as a first round pick and The Smiths should be reminding us way they get the big bucks. Za’Darius Smith currently leads Preston Smith for total sacks (2 vs 0.5). Kenny Clark is listed as being questionable to participate and will be a game time decision. 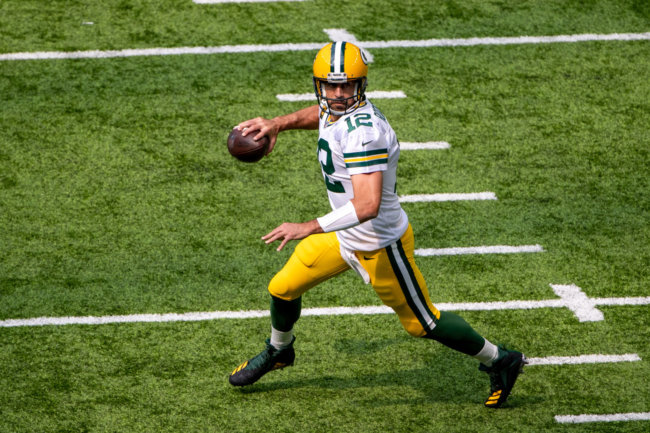