For the past three years or so, around the start of the season I’ve scoured team rosters in search of former Green Bay players who are still in the league. The effort has drawn some compliments, as fans are interested in where guys who once wore the green and gold have gone, and how they are doing with their new teams.

Here’s what I’ve come up with for 2020, with the more notable players at the top of the list.

31-year-old CB Casey Hayward, who the Packers didn’t seriously pursue when his contract ended after the 2015 season, is now in his fifth year with the Chargers – all as a starter. He was a Pro Bowler in 2016 and 2017.

Another good one who got away is S Mycah Hyde, who contributed much to the Packers from 2013 through 2016, is still with Buffalo, is in his fourth year as a starter with Buffalo. He made the Pro Bowl in 2017. 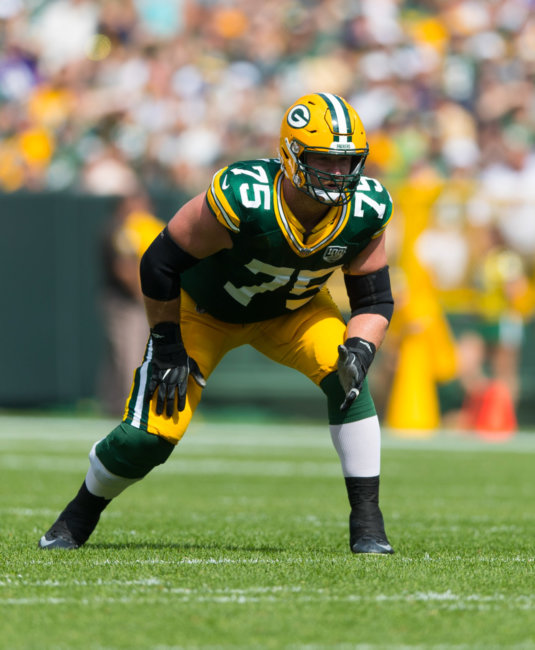 T Brian Bulaga, the 23rd overall pick in 2010, left the Packers after the 2019 season, but landed on his feet – signing a 3-year contract for $30 million with the Chargers. He’s taken 55% of the Chargers’ offensive snaps in the first two games.

LB Blake Martinez proved himself to be a “tackling machine” in his four years with Green Bay, but priced himself out of that market. It was rumored he might make $14 M to $16M as a free agent, but he settled for 3-years for 30.75 million with the Giants. For a fourth-round draft pick, Blake has done alright for himself. 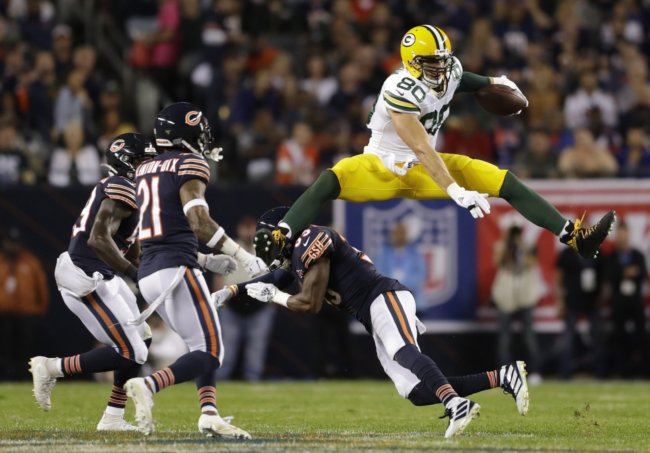 TE Jimmy Graham, who’s 33 and is now with Chicago, has begun his 11th year in the league. His new base deal is for $16 million over two years. So far he’s helped out in the Bears’ two wins with 5 catches for 43 yards.

Center J.C. Tretter is doing well as the starting center in Cleveland.

Recent GB castoff DL Kyler Fackrell, who was a third-round pick by GB and played four years here, signed a 1-year deal this year with the Giants for $4.6 million. While with the Packers, he had 111 tackles and 16.5 sacks, with his glory days being in 2016, when he recorded 10.5 sacks. He’s been in on half the Giants’ defensive snaps to date, and recorded a sack of Mitchell Trubisky against the Bears on Sunday.

LB B.J. Goodson joined GB just prior to the start of the 2019 season and started nine games that season. However, he signed a 1-year contract with the Browns in March, for $2.4 million, which must have been more than the Packers were willing to pay. The Browns’ depth chart shows him as a starter when the team employs its MIKE (?) defensive formation.

OL Jason Spriggs, chosen 48th overall in the 2016 draft, warmed the bench or was on Injured Reserve for most of his four years with the Pack. He signed a 1-year deal ($825K) with Chicago in April, and they show him at second string at left tackle on their depth chart. He was one of GM Ted Thompson’s last whiffs.

DL Mike Daniels is with Cincinnati. The much-injured 31-year-old is currently listed on Cincy’s depth chart as the second-string RDT.

All-purpose player Taysom Hill impressed many with his preseason quarterbacking for the Packers in 2017, but he was waived when the final roster was formed. Now 30, Hill steadily contributes to that offense as a passer, receiver, and running back.

Here’s a bit of a surprise, S Josh Jones, the Pack’s second-round pick in 2017, is playing better of late. Trouble is, he’s doing so for Jacksonville, where he had seven tackles in Sunday’s game against the Titans.

G Alex Light was with GB in 2018 and 2019, but never got much playing time. I believe he’s currently a member of the Cowboys’ practice squad.

Undrafted in 2018, WR Malik Turner hung with the Packers for less than a month this past summer, before being waived on September 5. He was picked up a day later and for now he’s on the roster of the Dallas Cowboys.

Receiver-turned-runner Ty Montgomery was with GB from 2015 to mid-2018, before finishing up that final year in Baltimore. He started the 2019 season with the Jets, but got little playing time there. He’s now on the Saints’ roster, listed as a running back. He had one rush, for -4 yards in Week 1, and two catches for 25 yards on Monday night. 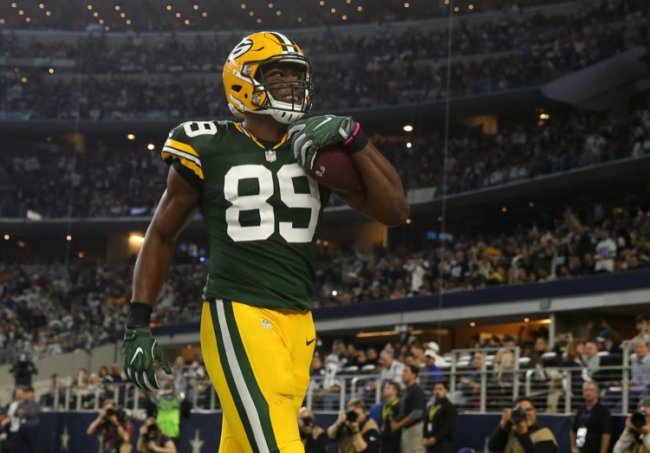 TE Jared Cook is a “have gun, will travel” kind of guy. In 2016, his sole year in Green Bay, Cook put up nice numbers when not injured. He’s now with New Orleans, his fifth NFL team. Along the way he’s been to two Pro Bowls: with the Raiders in 2018, and with the Saints last year. In Week 1, he was Brees’s most productive receiver, with 5 catches out of seven targets for 80 yards, but on Monday night, though targeted five times by Drew Brees, he only managed two catches for 13 yards. The Pack defense will confront Cook, Ty Montgomery, and Taysom Hill on Sunday. He’s getting a tidy total of $15M for the 2020 and 2021 seasons.

Green Bay parted ways with safety and special team man Chris Banjo in mid-2016. He’s since been a functionary with the Saints and the Cardinals. Chris might have revived his career, however, as he’s been in on 95% of the defensive snaps and over a third of the ST snaps in the Cards’ first two games. He’s in the middle of a 3-year deal for $6.9M.

Tackle Adam Pankey, who the Packers employed for a time in both 2017 and 2019, is now with the Dolphins – he’s their third-string guard.

QB Brett Hundley, chosen by GB in the fifth round in 2015, was a backup to Rodgers for three years, then moved on to Seattle for a year, and is still stubbornly hanging as the third-string backup to the Cardinals’ Kyler Murray. He’ll make $1.047M this year.

CB Bashaud Breeland got considerable playing time with GB in 2018. Since then he has signed two 1-year deals with the Chiefs, with his current one being for $3 million. However, he’s currently serving a four-game suspension for substance abuse.

TE Richard Rodgers has had a descending NFL career. After GB took him in the third round in 2014, only his second of four years here was productive, when he started 12 games, had 58 catches for 510 yards and scored 8 TDs. With Philadelphia and Washington in 2018 and 2019, mainly due to injuries he had but one catch in that time. He signed back with the Eagles on September 8, 2020 and is clinging to that roster as a third-stringer.

Who’s making the most money among all these ex-Packers? Would you believe that the backup to Drew Brees is collecting $16.3 million for the year?

Did I miss anyone?