Just like our boy Allen Lazard, Malik Taylor has found his way onto the roster despite low expectations from observers. However, unlike Lazard who was initially on the practice squad early in the season, Taylor will be on board for Game 1 against the Minnesota Vikings at Lambeau Field in Green Bay.

While not quite the size of Lazard(who is 6’5″ and 227lbs), Taylor is larger than most at 6’1″ and 216lbs. Coach Matt LaFleur seems to like his receivers to be tall and somewhat built. This is probably what kept Maquez Valdes-Scantling(6’4″) on the team another season, although in my opinion, he has yet to impress very much.

Don’t ever let somebody tell you, you can’t do something.

Taylor joins 4 other WRs on the initial roster including #17 ﻿Davante Adams﻿, #13 ﻿Allen Lazard﻿, #83 ﻿Marquez Valdes-Scantling﻿, and #19 ﻿Equanimeous St. Brown﻿. Receivers Malik Turner(not to be confused with Malik Taylor), Darrius Shepherd, Reggie Begelton, and Jake Kumerow were among others to not make the 2020 roster after playing last year. Also helping Taylor’s odds was that off-season free agent acquisition WR Deven Funchess opted out of the 2020 season due to COVID-19 — an option afforded to players that was the product of negotiations with the player’s union earlier this year.

He comes from the Ferris State. Taylor missed his senior year due to injury.

Taylor spoke with the media prior to the announcement that he made the cut: 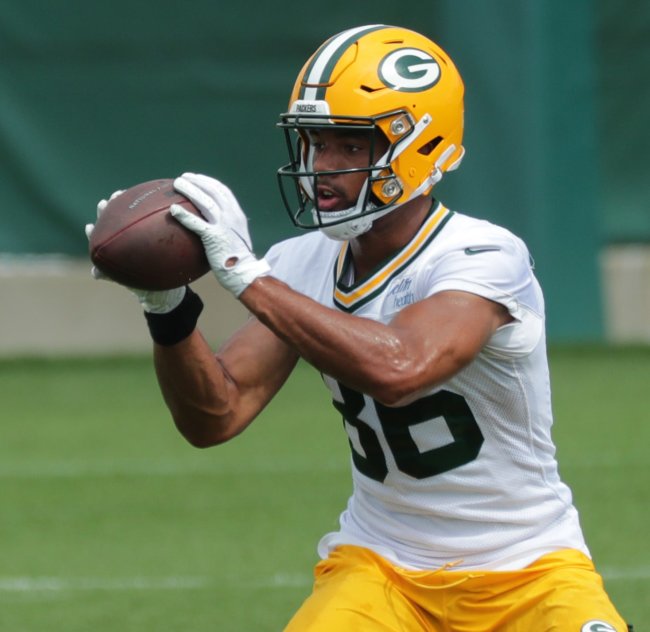