10 Interesting Facts About the Packers

New to the cheesehead lifestyle? Keep reading below to learn some of the most interesting facts about the Green Bay Packers NFL team.

Curly Lambeau’s legacy endures for Packers fans and throughout the league as a whole. The lesser-known George Whitney, a co-founder of the Packers with Lambeau, remains a local legend.

Though ultimately great friends and confidants, Whitney and Lambeau started out as rivals from opposing high school teams.

The Packers are the only major league sports team that is owned by shareholders—AKA fans. Currently, the non-profit corporation is supported by 360,760 stockholders who own over five million shares of the foundation. 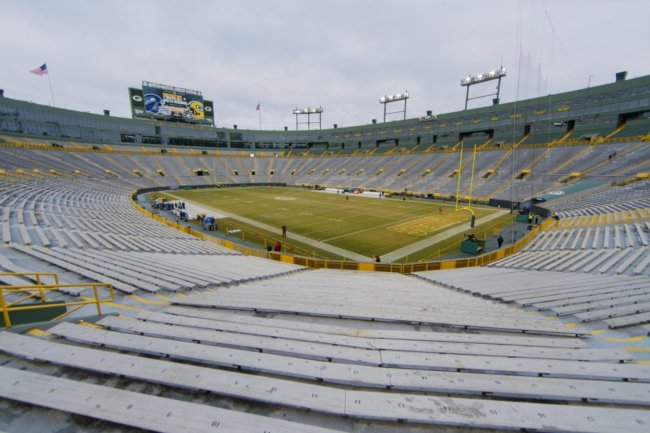 Though Packers fans are likely already aware of how painfully, horribly difficult it is to acquire season tickets, it still bears mentioning here that the wait time has endured half a century. Since 1960, season tickets have sold out.
Currently, the expected wait for that list is around 30 years, with over 130,000 names tallied on the waiting list. This is due to the massive fan base the Packers enjoy, as well as their non-profit status.

Apparently, during one of the Packers playoff runs in the mid-90s, defensive end Reggie White had an idea to motivate players to push themselves on the field. For each tackle that a player made that successfully grounded their opponent would be paid out something along the lines of $500. 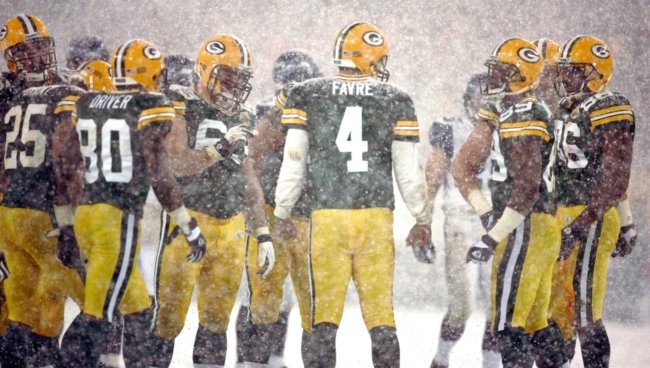 Brett Favre talks to the offense during a snowstorm at Lambeau. The Green Bay Packers defeated the Seattle Seahawks 42-20 in the divisional playoff game at Lambeau Field in Green Bay Jan. 12, 2007

Brett Favre Was Slow to Start

Despite being one of the greatest legends to have ever worn a Packers jersey, Favre was a bit underprepared when he first signed on with the franchise. During the time that he entered the NFL, Favre wasn’t too familiar with a playbook. In fact, he was oblivious to even the most basic defensive alignments.

After an injury in October, 2017 game against the Vikings, some thought Rodger’s and the Packers were attempting to skate on NFL rules that would keep Rodger’s on the injured list to allow the team to retain him. In reality, Rodger’s had broken his collarbone and needed 13 screws to stabilize his collarbone.

Today, Rodger’s is synonymous with the Packers’ recent legacy of NFC North championships and a 2010 Super Bowl win. Fans who wager on NFL odds know they can rely on Rodgers and, more recently, offensive coordinator Matt LaFleur to carry the Packers to victory.

Now that stadiums provide ample cover and, in some cases, fully weather-proof dome tops, an icy Super Bowl is hard to imagine. In 1967, the Packers played the first-ever Super Bowl Game against the Cowboys that saw temperatures dip to -48 degrees Fahrenheit. Wind chill made that number something closer to -70 degrees. Still, the Packers came away victorious.

Though it hurts to admit, the Packers are the NFL franchise will the most Hall of Famers aside from one nearby rival: the Chicago Bears. Though the Bears recent struggles in the league offer some measure of comfort to Packers fans, they still have five more Hall of Famers than Green Bay.

At the moment, the Bears have 26 players in the all-time annals, while the Packers have 21.

Must Be Under 30 To Play

The Packers have one of the lowest average ages for their 53-man roster. At the moment, the average age for the entire squad is 25 years old. In fact, the only players who are over 30 include Rodgers, Lewis, Crosby, as well as Wagner and Taylor—both of whom only just turned 30 this year.

Aaron Rodgers tops the list with only a few months to go until he reaches age 37. 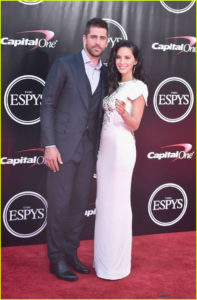 Rodgers, as one of the NFL’s best quarterbacks of his generation, deserves to enjoy his time in the limelight. Like other athletes who become national celebrities based on their skill on the gridiron, the Packers beloved QB has had a star-studded past.

Most recently, he was rumored to have split from racecar driver Danica Patrick. Rodgers has also been linked to Baywatch actress Kelly Rohrbach, actress Olivia Munn, actress Jessica Szohr, and songstress Hillary Scott.