The Green Bay Packers had a curious 2020 NFL Draft, which has raised doubts about whether the team can improve from their NFC Championship Game appearance from the 2019 season.

Instead of providing Aaron Rodgers with firepower in a draft that was loaded with top-end talent in the receiver positions, general manager Brian Gutekunst looked to the future to select the heir apparent to Rodgers in the form of Utah State quarterback Jordan Love. The franchise then selected Boston College’s AJ Dillon in the second round, known for his uncompromising bustling style at running back, before adding tight end Josiah Deguara in the third round.

Most pundits were stunned to say the least at the selections, with the Packers finishing bottom of the class in most draft grades. Gutekunst could still have the final laugh should Love take the league by storm in relief of Rodgers, or Dillon is the next dominant running back, or Deguara is the next Travis Kelce.

However, there is not a great deal of belief that the Packers can remain contenders for the NFC crown and the Super Bowl, considering their value to lift the Vince Lombardi Trophy ranging in the +2500 region. The top NFL betting sites for wagersoffer good bonuses for signing up and free bets, and the Packers for the 2020 season are entering the shot-to-nothing category that would make good use for one of those, rather than place solid cash behind a charge for the title. Once again it all looks to hinge on the performances of Rodgers.

The 36-year-old has changed his style somewhat over the last few seasons. He is not the same player he was in the early years of the last decade, winning the MVP award twice in the 2011 and 2014 campaigns. Some of that has been a result of circumstance and a reduction of talent on the roster. Outside of Davante Adams and Aaron Jones, there is not a great deal to work with on offense. Devin Funchess could make an impact after signing in free agency.

Marquez Valdes-Scantling and Jace Sternberger have to take a step forward to ease the burden on the quarterback. The more Rodgers has to buy time for his receivers to create separation, the greater chance he has of taking serious hits. In 2018 he avoided a major injury in the season opener against the Chicago Bears. If another incident along those lines were to occur, then their Super Bowl hopes would end in an instant. If Rodgers performs to the levels he has over the past two years, it should be good enough to win the NFC North due to the standard of the competition. Whether it’s enough to match the San Francisco 49ers or the New Orleans Saints is another matter.

Will the Packers break the trend?

The script for the defeat in the NFC Championship Game was eerily familiar. Green Bay’s defense, which had made serious strides during the regular season – due to the additions of Preston Smith and Za’Darius Smith, were cut open with ease by the 49ers and Raheem Mostert. Rodgers and the offense were powerless for the majority of the contest, slumping to a 37-20. The manner of the loss was familiar to defeats suffered at the hands of the 49ers in the past, along with the Atlanta Falcons.

In crunch NFC Championship Games, the Packers have not been able to lay similar punches on their opponents. It’s not an indictment on Rodgers, but the Packers have lacked the explosive offense that have allowed the 49ers, and the Falcons among others, to advance at their expense towards the Super Bowl. That does not appear to be changing any time soon, even under Matt LaFleur.

Say it quietly, but the Packers are using a dated system that needs to change. The 2020 Draft picks are not encouraging for short-term success, although LaFleur could well spring a surprise in the upcoming campaign. 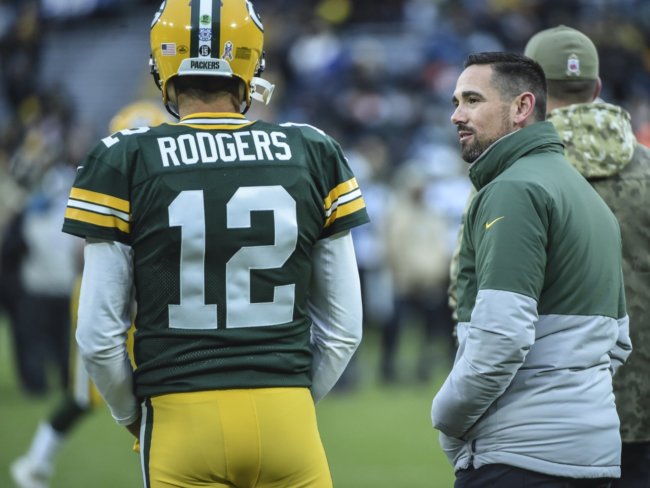 Previous Article
NFL 2020: Schrödinger’s Football Season
Next Article
How Green Bay Packers Cope with NFL Start and What They Are Doing with New QB