Water is Wet and Brian Urlacher is a D-Bag

Former Chicago Bears LB Brian Urlacher, never one to shy away from expressing his opinions, has decided to weigh in on current issues such as police brutality and NBA players’ responses to the latest police excessive force event.

Some commentary here from Brian Urlacher, who is part of a group hoping to buy the Mets, which is led by Jennifer Lopez and A-Rod. pic.twitter.com/dGDiqiUrOD

What this tone-deaf moron seems to miss is that these protests are the result of systemic racism that has been in place long before this dude-bro former linebacker was even thought of. Furthermore, not that it’s even relevant anyway, Favre’s father passed away the day prior to his historic Monday Night Football performance.

Also, Blake’s reaching for a knife is just something made up and spread among conservatives on social media to rationalize another attempted murder of a black man by police. This is the same police force that allowed a portly incel with a rifle walk away from a scene in which he murdered two people.

Urlacher seems to take issue with NBA teams boycotting playoff games and saw it as an opportunity to announce to the world that he is on the wrong side of the issue.

The Chicago Bears went as far as to distance themselves from his remark:

The best part about Urlacher’s comments are that he is showing all of us, including his former teammates, his true colors. Racists like Urlacher are more comfortable than a long time to come out and express their views. Fortunately, history will not be kind to them.

Across the NBA, WNBA, MLS, and MLB, these were the games postponed in protest of the shooting of Jacob Blake: 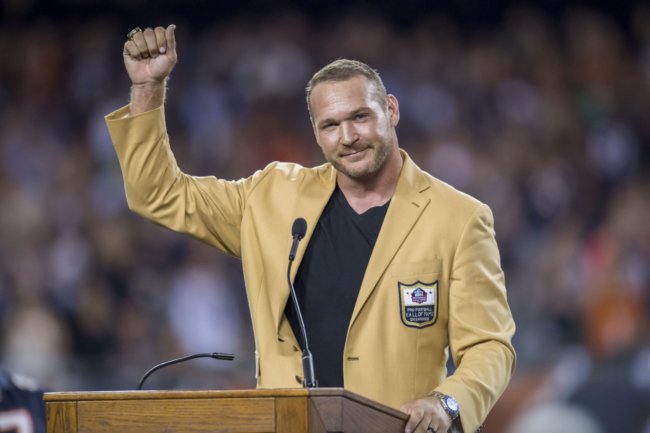