Packers Quarterback Has a Major Flaw on His Resume

Aaron Rodgers is among the most impressive quarterbacks in NFL history and he might certainly retire one day as such. However, even though the Green Bay star is absolutely physically talented in the sport, he has an incredibly massive flaw.

That’s why there is no surprise why there has been a lot of controversy on the team’s decision to draft Jordan Love. However, the people are still wondering whether or not Aaron Rodgers can fix that flaw before it’s too late for him.

In his second season as a starter, he managed to earn his first-of-eight Pro Bowl selections. Not only that, but Rodgers also brought immense joy to the fans when he led the Packers to their first Super Bowl championship victory since Favre got the win in ’97.

Ever since he managed to get his Super Bowl ring in 2011, Rodgers has gained a reputation of arguably being the most gifted passer in all of the NFL. The man is capable of ripping a 50-yard touchdown, no matter where he is on the field—no wonder why the Packers fans have cheered for him for over a decade.

Aaron Rodgers managed to get two NFL MVP trophies, a spot on the NFL 2010s All-Decade Team, and two first-team All-Pro selections. Yet still, the 6-foot-2 gunslinger has an incredibly massive flaw on his resume –- only having been to the Super Bowl once.

No one doubts that Aaron Rodgers has pure talent in that arm of his. Not even Tom Brady would argue the fact that Rodgers has excellent physical ability. Yet, the fact that he has only taken his team to the Super Bowl once has become an incredibly fatal flaw — one that he needs to do something about quickly.

Former NFL players, Marcus Spears and Rob Ninkovich, talked about the Green Bay Packers star on ESPN’s Get Up!, and weighed in on that flaw of his. It’s incredibly surprising that a quarterback of his magnitude would only have a single Super Bowl Championship under him.

The former Patriots defender was placing the blame for Rodgers underachieving on the Packers. But Spears pointed out the fact that many other quarterbacks have successfully made it to the Super Bowl while Rodgers only managed to get the Packers to one since joining 15 years ago.

Even if it’s not fair, all the quarterbacks eventually get judged on their wins. Looking at the fact that Rodgers has gotten his team the same number of Super Bowl appearances as Matt Ryan and Joe Flacco, he doesn’t have the best resume.

Looking at the previous incredibly successful champion quarterbacks, Rodgers is running quickly out of time to lead the Packers to another Super Bowl. Considering the fact that the team drafted his successor months ago, there is immense pressure on Rodgers this season. The fans will undoubtedly be checking the scores and keeping up to date with the latest NFL lines. 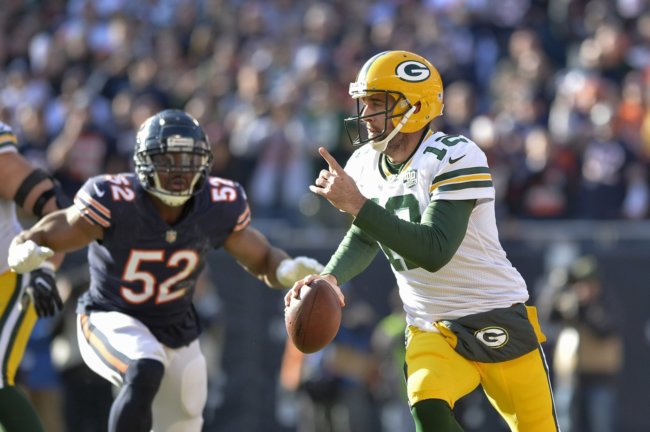