How does the 2020/21 Packers Roster Match Up Against Last Year’s Team?

It might seem like a long four months since the Kansas City Chiefs created a new slice of Super Bowl history, but already attentions are turning to the 2020/21 NFL campaign. Questions are being asked among the Packers’ faithful as to how well equipped their roster is to try and emulate the Chiefs this time around.

It’s been a decade since the Packers last won a Super Bowl, although they have featured heavily in the playoffs in recent years. In fact, they were only one game away from reaching the Super Bowl last term. The string of additions to the roster during the off-season appear to have made a big difference – except perhaps in the offensive line – which has seen the NFL odds on Super Bowl winner prop bets fall on Green Bay this time around.

Which areas of the roster have the Packers strengthened during the latest NFL Draft and which departments are arguably weaker? Read on as we compare the 2020/21 Packers roster with last year’s team.

The Packers’ second-round pick was a surprise choice in the shape of AJ Dillon. Head coach Matt LaFleur intimated that his roster could do with a third running back at the end of last term, so Dillon’s arrival appears more sensible the more you think about it. The likes of Aaron Jones and Jamaal Williams are also entering the last year of their contracts, so Dillon could also be considered a long-term replacement for either of these.

The Packers’ hierarchy opted not to select any new receivers in the latest NFL Draft. This was a major vote of confidence in the likes of Davante Adams, Allen Lazard and co. ESPN’s Rob Demovsky thinks the receiver department is stronger this year despite no additions. Demovsky alludes to the return of Equanimeous St. Brown, who spent most of last season on the sidelines with an ankle problem. His 15.6-yard average on 21 catches in his rookie season was impressive and they’ll be hoping he can build on that in 2020.

The first-round pick of quarterback Jordan Love was undoubtedly the headline-maker for the Packers’ draft. In the days after Love’s signing, there were fears that the deal would annoy Green Pay’s first-choice quarterback Aaron Rodgers, but he has since gone public and insisted that he welcomes the competition. Love will certainly enhance the positional depth in the quarterback area for the Packers this year.

The loss of tight end Jimmy Graham to the Bears was a disappointment for the Packers fans. He arrived at Green Bay with so much potential but has left with little of it realized on the field. Josiah Deguara, a third-round pick in the draft, will be Graham’s replacement, bringing genuine versatility to the offense. Coach LaFleur believes Deguara can “add stress to a defense”.

The offensive line could be one of the few departments where the Packers have weakened their roster. In the last three years, Bryan Bulaga has been a force to be reckoned with for the Packers, although his injury history meant that a departure to the Chargers was a sound financial decision this offseason. Whether they have adequately replaced him remains to be seen, but several free agency acquisitions should give LaFleur plenty to work with.

The Packers’ defensive line looks likely to remain the same in 2020, aside from a few free agency picks. There is growing depth in the defensive line, but unless the likes of Kingsley Keke and Montravius Adams step up to the plate and emerge as a force to be reckoned with, they will have a similar defensive department to work with this year.

Blake Martinez was a solid if unspectacular option last season, which is why few tears were shed when his departure was announced to the Giants. Martinez even spoke publicly about his distaste for his former Packers role. LaFleur and co. opted for free agent Christian Kirksey as Martinez’ replacement. It’s a bold move considering Kirksey’s recent injury record, but if he can maintain his fitness his impact play could be a more powerful component for the Packers. 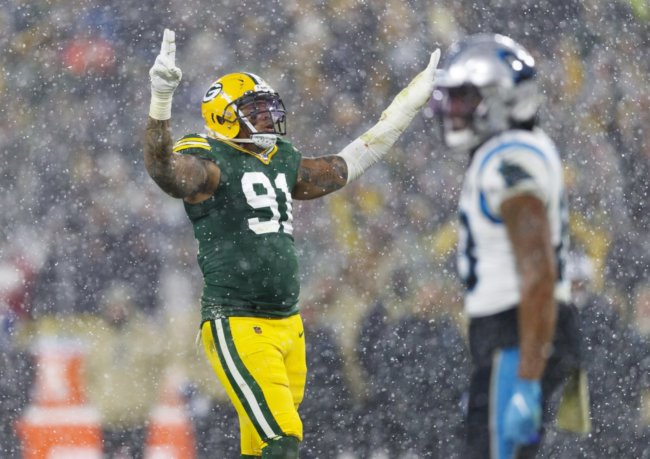 Za’Darius and Preston Smith were reliable outside linebackers last term. The latter was ranked second in the NFL for sacks on third down, just half-a-sack less than leader Joey Bosa. The Packers hierarchy is hopeful that last season’s rookie Rashan Gary can grow and take on a bigger role in 2020/21. His physicality suggests that he is more than capable of taking the heat of the Smiths where possible, it’s just about doing it in the heat of battle.

Veteran Tramon Williams remains unsigned after the end of the 2019/20 campaign, which is quite surprising. Although Williams is now 37, he was part of 826 snaps last term, the third highest in his position across the league. Josh Jackson may have a path to game time in Williams’ absence, with the 2018 draft pick yet to make his mark. However, it would be a major surprise to see Jackson scale the same heights that Williams achieved last season.

It’s fair to say that the safety department was low down the pecking order in terms of priorities this offseason. The likes of Darnell Savage and Adrian Amos have given LaFleur and co. confidence. Meanwhile deputies Raven Greene and Will Redmond are equally capable of deputizing where necessary.