Two Players That Will Have an Immense Role in Packers’ Offense

GM Brian Gutekunst and the rest of the Packers front office made most picks a surprise to the Green Bay fan base. They started out by making a splash in the first round and drafted a Quarterback. I did see the Packers Taking a Quarterback in the third or fourth round, but not this early. Jordan Love is a very athletic Quarterback with a strong arm and will push Rodgers and also the defense when preparing during the week.

This is Rodgers’ team — do not get scared by this pick, it is a business and they are preparing for the future. I do not think this is disrespectful towards Aaron either because it is a part of the game and preparing ahead for the future is how the Packers have been so good for so long. After this pick my first initial reaction was that there are so many other holes that they should fill, but then after processing it we have to keep in mind that being a packer fan is like being a spoiled little kid who gets everything they want. Going from Favre to Rodgers…Hall of fame Quarterbacks are players that you do not find in every draft. Maybe Jordan Love can be special too!

The Packers went the whole draft without picking a Wide Receiver which I thought was one of their biggest holes. They made it clear that they want to establish their run game by drafting AJ Dillon out of Boston College with the compliments of three offensive linemen (Jon Runyan, Jake Hanson, Simon Stepaniak). They also drafted a versatile Tight End in the third round Josiah Deguara who I am very high on. This allows the Packers to run formations containing two Tight ends for run plays.

The Packers will now have Adams, Lazard, and hopefully a healthy Funchess split out. Then they can also use Jace Sternberger who is built like the 49ers’ George Kittle and is a playmaker that has a lot that he wants to prove. Deguara will be a split out Tight End who is able to stretch the field like a Wide receiver especially in the red zone. 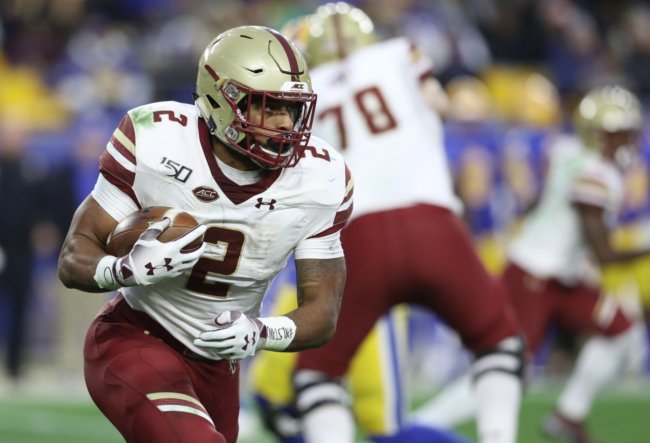 The second round pick ran for over 4000 yards and had 40 touchdowns over his career as an Eagle. Boston College was a run first team which allowed Dillon to touch the ball a great amount. He is a physical runner and it usually takes a couple defenders to take him down. Dillon thrived on draw plays and inside zone runs. One aspect of this athlete that I thought was really interesting is when he is thrown a screen route or a ball in the flat he is elusive and almost looks like Titans Running Back Derrick Henry when he gets into the open field. Obviously he isn’t Henry… but I think this is just what the Packers need, an old school run your face over type back, who is able to catch some screens and make magic on a big down. Third and one in the red zone I am running a dive play to Dillon!

Dillon is going to continue to run behind a great offensive line which is an advantage for him. Also, he will be considered the third down back on short downs and a great compliment to Aaron Jones. Aaron Jones and Jamaal Williams both are on contract years and I think this could be Williams’ last year as a Packer because of all the starters they need to pay. This makes a possibility of an upgrade at running back. 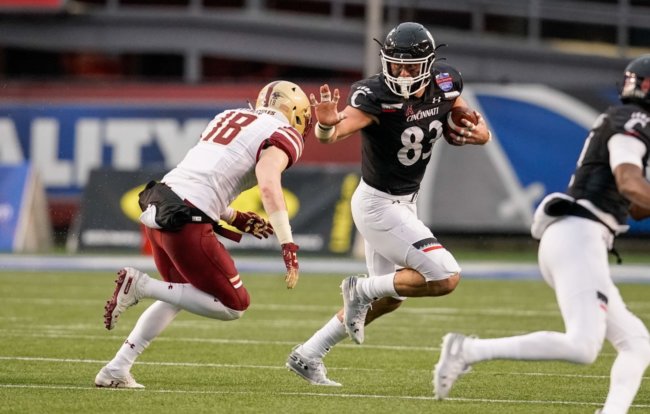 Personally I do not think Gutekunst is getting enough credit for this pick. The more I read and watch highlights on his game, the more I like him. He fits what the Packers want, giving defenses to worry about stretching the field Tight End. He is built like a defensive end, but is an efficient route runner and hard to bring down. My favorite routes that Deguara runs is the slant, seam, and flag routes in the red zone. This guy is gonna make plays for them and having a big Tight End that is able to stretch the field and catch the ball is a huge advantage in the NFL.

Hopefully the Packers will be terrorizing teams with tight ends now, not getting terrorized by them like the past. One thought that scares me is the comparison to Richard Rodgers and hoping he will pan out to make more of an impact.

Do not hate on this guy because it only brings more formations and route combinations for Lafleur to mess with defenses with. This helps them create two tight end sets including Jace Sternberger in passing situations and Marcedes Lewis in blocking situations. Also, he will be split out more than in a three point stance because of how he is able to run routes. Rodgers just got another huge target and the NFC north will be surprised by his production during the season. I am hoping to see a prime Jimmy Graham type of play out of Josiah Deguara making him a reliable target in the red zone for a jump ball type play or a post corner to the back of the end
zone. When the offense is settled in the middle of the field, I would like to see him thrive in slants, seams, and flag routes.

Tommy will soon enter his sophomore year in college. He is a Packer Junky and has been playing or watching football since little. Go Pack GO!