The new home of the Raiders franchise has been confirmed as the location for the 2022 NFL Draft. Commissioner Roger Goodell has revealed that the NFL’s 87th Draft will arrive in Las Vegas for the 2022/23 campaign. It’s an exciting time for gridiron in Nevada. Las Vegas is due to become an NFL hotbed in the near future, as the Raiders look set to take the Strip by storm at the nearby Allegiant Stadium. The arena, located just west of the Mandalay Bay Casino resort, will rival the T-Mobile Arena as the city’s number-one live sporting venue.

There’s no doubt that the NFL has been one of the most popular sports to bet on in Las Vegas for some time, with the Strip’s biggest sportsbooks and resorts broadcasting all the live gridiron action and running NFL moneylines, left, right and center. It’s always been a popular location for NFL fans to visit during the NFL Draft anyway, with fans making the pilgrimage to watch the signings unfold in the party capital of the world.

Steve Hill, president of the Las Vegas Convention and Visitors Authority (LVCVA), has promised to deliver an 87th annual NFL Draft that befits an “ONLY VEGAS experience football fans will never forget”. Las Vegas-based Caesars Entertainment, which remains the NFL’s exclusive casino sponsor, is set to host the Main Stage of the NFL Draft, which will be built alongside the Caesars Forum Conference Center.

Bringing the spirit of Las Vegas to the NFL Draft

Alongside the NFL Draft Main Stage, the Las Vegas Strip will also host the NFL Draft Experience – a three-day festival involving fans across the city, including interactive eSports games and a chance for fans to meet current NFL stars and retired legends at autograph sessions. There will also be an NFL shop on-site hosted by sponsors, Visa. Arguably the jewel in the crown of the Vegas-style NFL Draft in 2022 will be its ‘Draft Red Carpet’, which is due to be the Bellagio Fountains, transporting new recruits by boat to and from the adjacent Main Stage. It will be glitz and glamor on a scale that only Vegas can reach.

How will the Raiders fare in their debut season in Nevada? 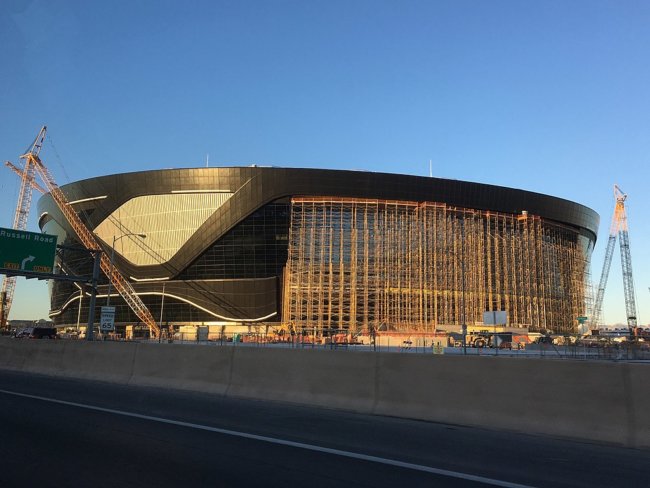 By then, the Las Vegas Raiders will have played two seasons in “Sin City”. Sports Illustrated recently discussed how many games the Raiders will win in their debut season at the Allegiant Stadium. The Raiders ended their stay in Oakland with a rather disappointing 7-9 record and the oddsmakers suggest that they have a reasonable chance of improving upon that record. Losing five of their last six regular season games certainly affected Oakland’s record last term, so providing they maintain better consistency they have every chance of landing eight or more wins in 2020/21. The signing of Henry Ruggs III will certainly put some pep in the Raiders’ step and a fit-again Josh Jacobs could also prove the difference.

By contrast, Sports Illustrated have revealed that the winning line for the Chiefs this coming season will be 11.5 games. Jamie Eisner of Sports Illustrated admitted that although he often finds it “tricky” to wager on double-digit win totals, he had confidence that the Chiefs could meet 12 wins given their “elite offense and an improving defence”. It’s their home slate that should ensure 12 wins is very plausible. The Falcons, the Texans, the Panthers, the Patriots and the Jets are all scheduled to visit Arrowhead this coming campaign, along with the rest of their AFC West rivals. It’s not beyond the realms of possibility that the Chiefs could get eight of the 12 wins they’d need on home turf.